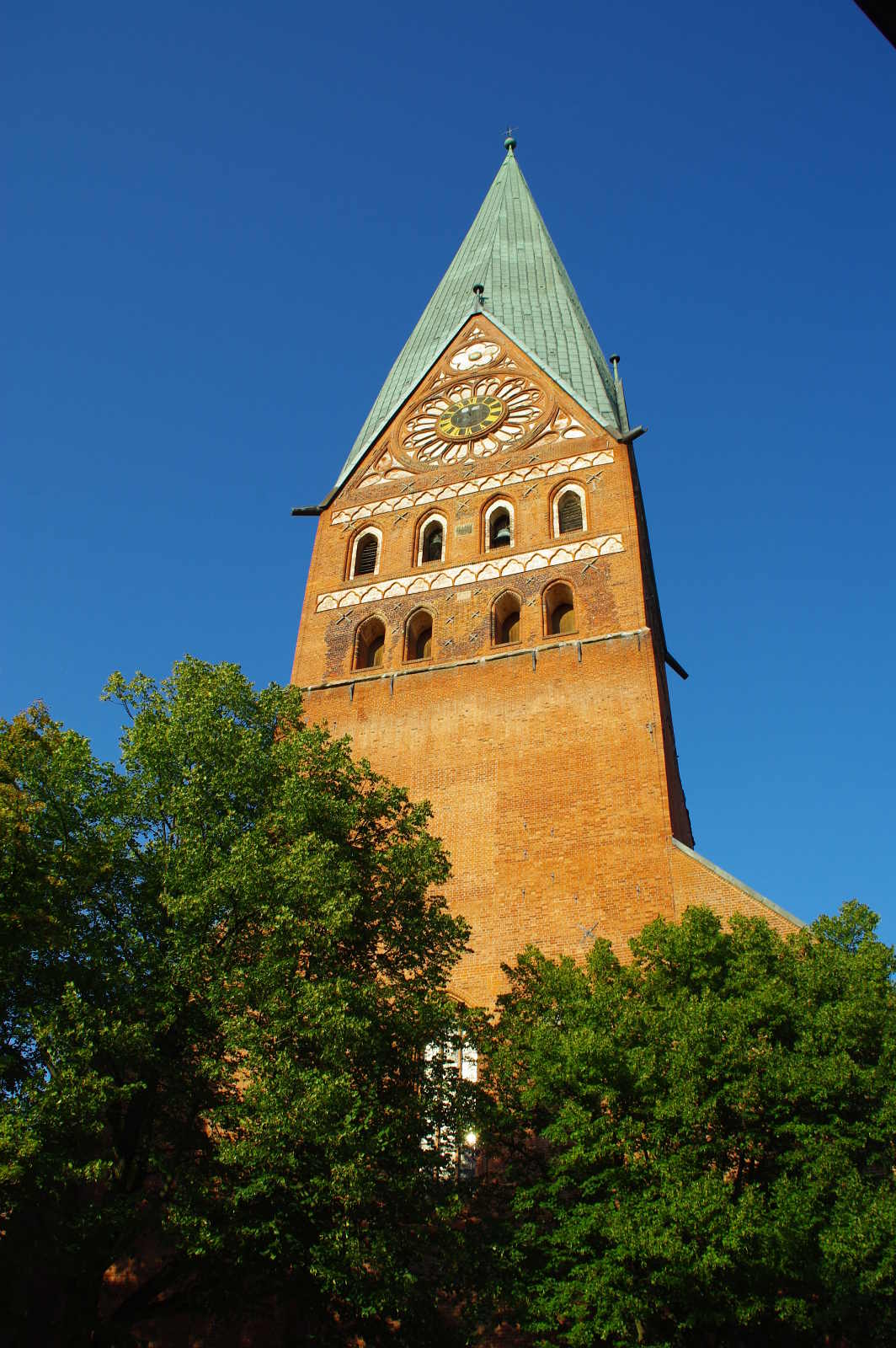 St. John’s Church (“St. Johannis”) is thought to be one of the oldest baptisteries in Lower Saxony. Construction of the brick hall church with five aisles began in the 1270s.

The winged altar in the chancel was built between 1430 and 1485, the inner panels are by H. Funhoff. Note the canopy altar (around 1510), the Crucifixion altar (around 1520) and the Christ Carrying the Cross altar (around 1536). A bread box in the form of a Gothic church (around 1480) can be seen in a wall niche in the chancel. The relief of the Annunciation in the northern aisle (around 1515) is an excellent work in sandstone. Further highlights include important epitaphs, a bronze baptismal font and parts of the choir stalls. No less significant is the organ with a Baroque case. It was inaugurated in 1553 and was enlarged several times. It was here that Johann Sebastian Bach composed his first works.