Welcome to the European Route of Brick Gothic. Hundreds of fascinating brick buildings, embedded within an idyllic landscape and picturesque old towns, open up fascinating insights into an architectural style that is unique to northern Europe: Brick Gothic. 800 years ago, wealth and power were concentrated along the Hanseatic League trading route. To this very day, architectural masterpieces form a tangible link to this period: the elegant town halls, mighty churches, countless town houses and town fortifications within the towns and cities of the Baltic Sea coast. Join us as we discover these pearls of the Middle Ages in Denmark, Germany and Poland!

How to recognise Brick Gothic

A typical feature of this architectural style is, of course, the brick itself. Often bright red, it can also appear yellow, green or black-glazed. Brick Gothic buildings may also be painted white or even red, and the joints or pointing traced in white to create the illusion of a brick wall that is as seamless and flat as possible. An easy way to identify Gothic is to check whether the building’s windows or doorways have pointed arches, a feature visible, for example, on Paris’s famous Notre Dame cathedral or Cologne cathedral. These tapered windows and doorways are not only found on Gothic churches, but also on town halls or city towers.

Other characteristic features of Gothic

Another element of Gothic can be found inside the building: the arched-ceiling style known as the ribbed vault that features crossed-ribs, a constituent part of the vault and peculiar to the Gothic style. In later times, ribs were even used to form entire nets that extended across the vaulted ceiling. Gothic churches often contain arched, or “flying” buttresses. Placed outside the wall and connected to it by several arches, these piers were designed to relieve the load on the wall. Flying buttresses were required because in the Gothic period the aim was to maximise window space, consequently there was a need to transmit the weight load from the ceiling elsewhere, i.e. to piers. This resulted in the impression of a delicate wall and large open space inside the building.

What is Gothic Revival?

As far as merchant houses, towers and castles are concerned, it is often difficult for the layman to tell whether the building is Brick Gothic, Renaissance or Baroque. Gothic merchants’ houses often have so-called stepped gables and pointed arched windows, but to be certain of a building’s style, a professional opinion is often required. The same also applies when asking whether a particular Gothic style dates back to the Middle Ages or to the early 20th century. At the turn of the 20th century many architectural styles, including Gothic, were being rediscovered. The style of these new buildings was given the name Gothic Revival, known in German as Neugotik.

Partners of the European Route of Brick Gothic: 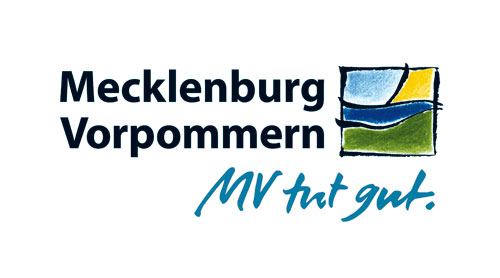 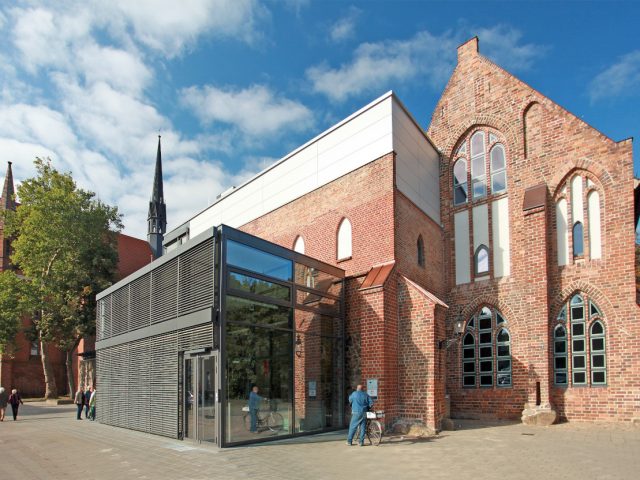 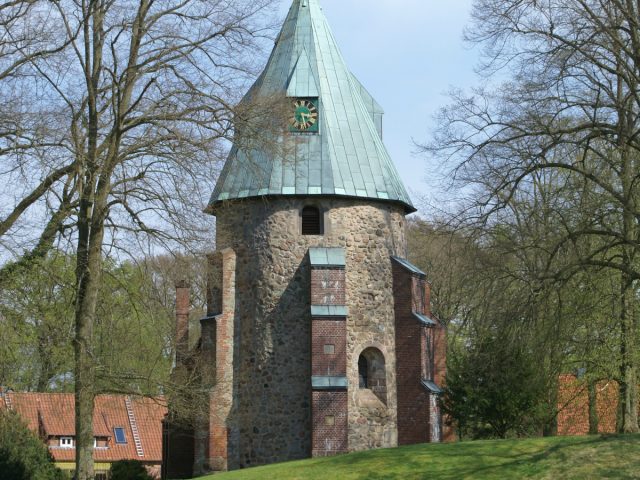 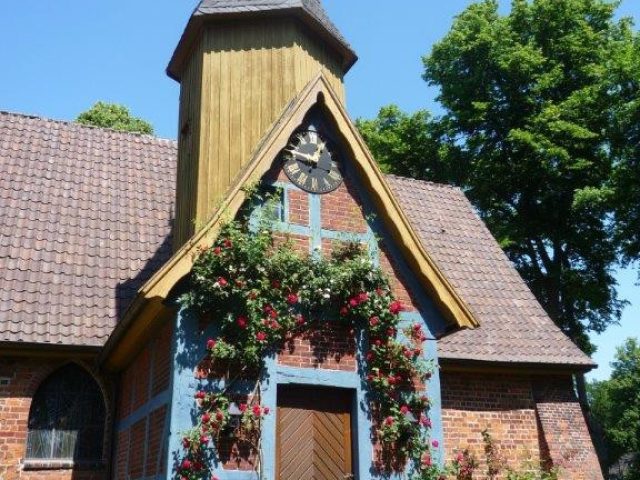 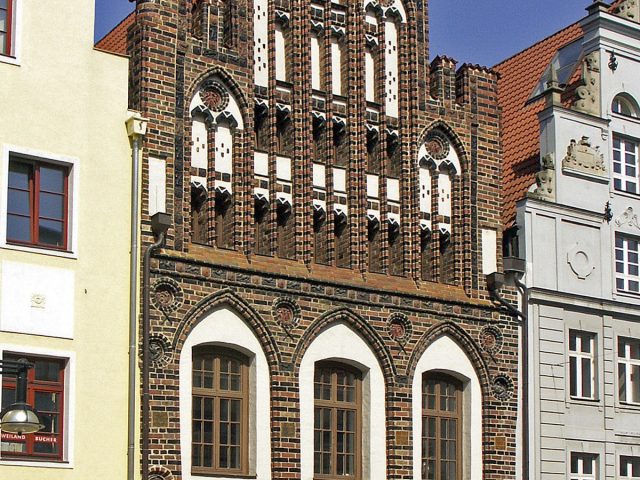