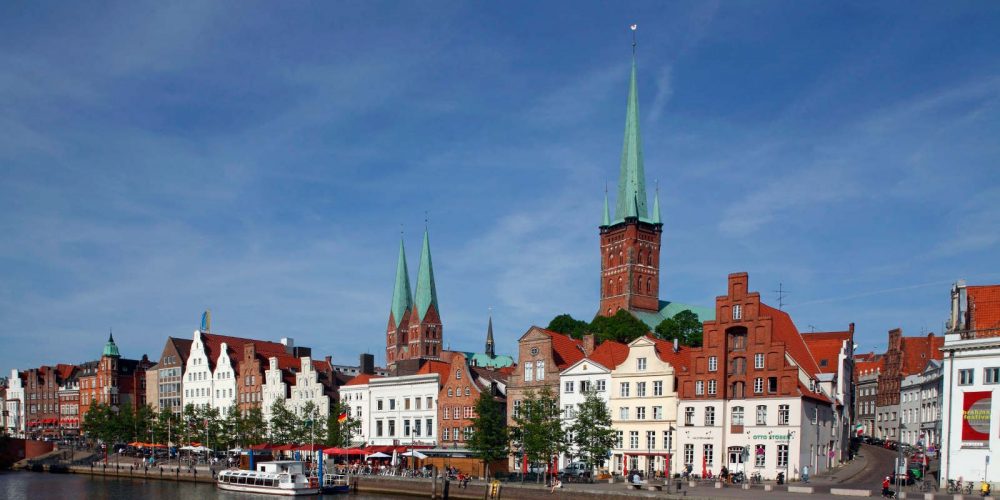 Over several centuries, the “Queen of the Hanseatic League” played a leading role, and this is still clearly visible today. The self-confidence, power and wealth of its free citizens and merchants during the Middle Ages are reflected in the Brick Gothic buildings of this Hanseatic city, which became a UNESCO World Heritage Site in 1987. A prime example of this is Lübeck’s historic market square with its famous town hall and the mother church of Brick Gothic, St. Mary’s Church (“St. Marien zu Lübeck”).

There is a long list of Brick Gothic buildings in Lübeck. Each of these buildings has its own history and deserves special appreciation. Of course, there are famed celebrities such as the Holsten Gate or the historic town hall. But there are also magnificent buildings that literally stand out from the city silhouette – most notably the imposing churches. No fewer than seven towers signal that Lübeck was once a great metropolis: St. Mary’s Church (“St. Marien”) with its double tower, St. Peter’s Church (“St. Petri”), the Cathedral (“Dom”), St. James’ Church (“St. Jakobi”) and St. Giles’ Church (“St. Aegidien”). 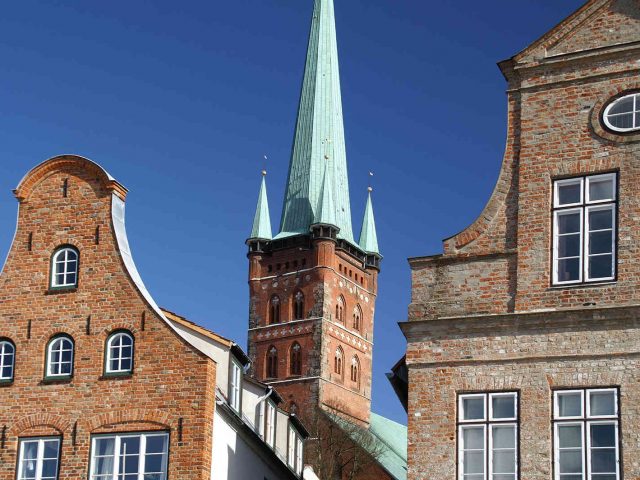 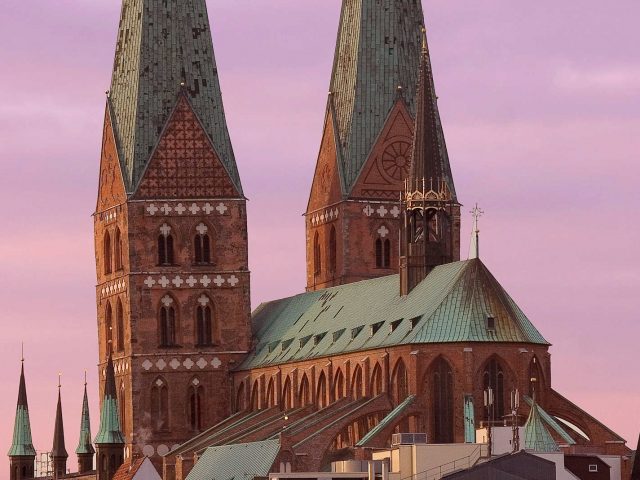 St. Mary’s Church (“St. Marien”) can confidently be called the mother church of Brick Gothic. Its construction is closely connected to the development of Lübeck and remains an exceptional architectural feat even today. The successor to a Romanesque market church and basilica, its thorough and ground-breaking conversion into a Gothic cathedral began in 1251. The result was a High Gothic basilica of enormous dimensions. St. Mary’s has the highest brick vault in the world at 38.5 metres. Its two towers are about 125 metres high. There are 18 chapels of various designs attached to the two nave aisles. These include a memorial chapel with broken bells, the Chapel of Indulgences (renamed “Briefkapelle”) with its elaborate star vault and pillars made of Bornholm granite, and the Lady Chapel (“Marientidenkapelle”) with its magnificent gilded carved altar from the late Gothic period, made in Antwerp. The Reformation, which took hold of Lübeck around 1531, brought changes to the interior of the church. Its most visible sign was the new pulpit from 1534, with its elaborate reliefs. Besides this, the walls were whitewashed and a number of splendidly designed epitaphs of senior Lübeck citizens were placed on the pillars of the naves. On Palm […]