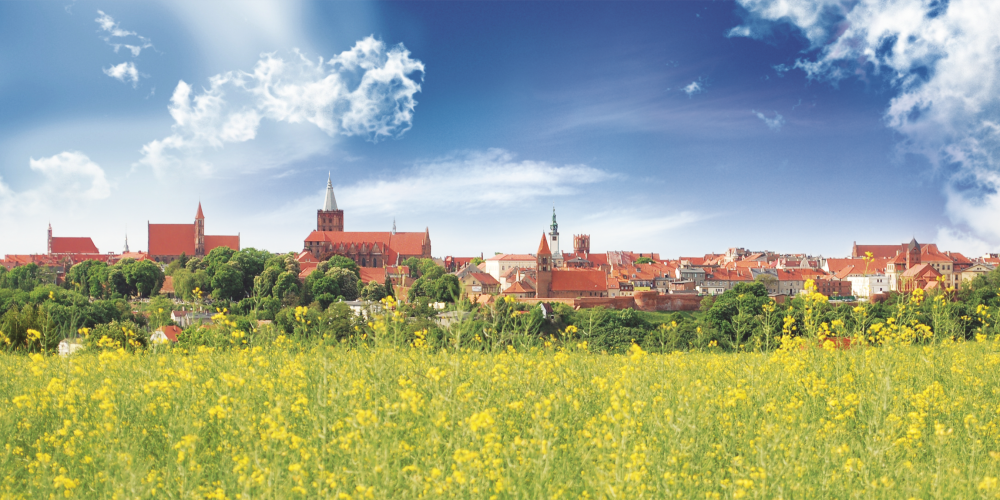 Chełmno – Hanseatic City, sits picturesquely on the nine hills of th Chełmno High Plains – is the former capital of the historic Chełmno Land.

First mentioned in 1065, the origins of Chełmno date back to an early medieval settlement with craft and trading character in Kałdus on St. Lawrence’s Hill (4 km south from the present city), and the village of Starogród (7 km south from Chełmno) – the seat of the first Teutonic Commandry called Chełmno Commandry.

The Foundation Charter, the so-called “Chełmno Law” (based on the Magdeburg, Flemish and Hungarian laws) bestowed on Chełmno by the Teutonic Knights Order on 28 December 1233.
Following this example more than 225 Polish towns (including Warsaw, Gdańsk, Toruń and Wadowice) and 1364 villages and many small settlements until the 18th century were founded up the 18th century.

Chełmno pravides the visitor with a wide range of well-preserved buildings and interesting artifacts from virtually all historic periods since the Middle Ages.

Highlights include the completely preserved grid-shaped structure of the ancient town centre with its 2,270 m long medieval wall as one of the most accomplished examples of a defensive architectural anywhere in Europe; furthermore, the Gothic-Renaissance City Hall – as one of the gem of the Pomeranian Renaissance, with its medieval measure unit “Chełmno rod” of 4,35 m length; one abbey complex and the six Gothic churches dating to the 13th and 14th centuries.

A breathtaking panorama of the town, extending over the Vistula valley and dotted with soaring church towers, is a powerful symbol of Chełmno. Owing to the town’s location on nine hills, the view can be admired from all directions.

In 2005, the historic Old Town in Chełmno was given yet another facet of significance by being put on the List of Historic Monuments by the President of the Republic of Poland.

Chełmno was announced one of the New 7 Wonders of Poland by the Magazine National Geographic Traveller Poland in 2015.

From 1473 the town housed studium particulare (with Nicolas Copernicus probably among the students), later transformed into the Chełmno Academy (the branch of The Jagiellonian University in Cracow), closed in 1819.

It is worth mentioning that the first ever stomach surgery was performed here in 1880 by the world-famous surgeon Ludwik Rydygier.

Chełmno is also known as the “City of Lovers®“ and “City of Love®” – due to the fact that relic of St. Valentine have been housed in the parish church for centuries and especially on the yearly celebrations on 14th February – St. Valentine’s Day. 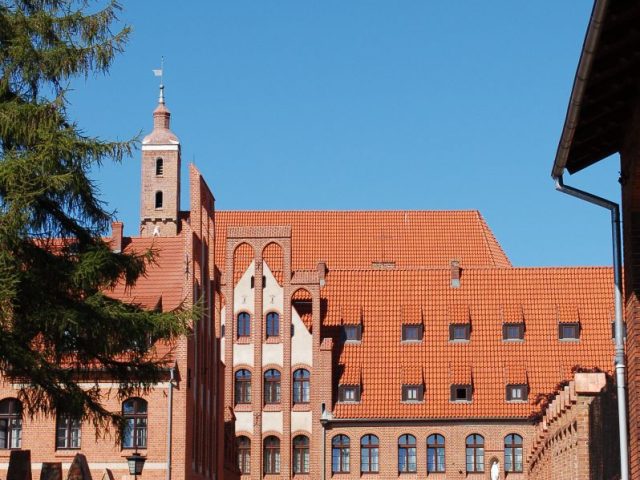 The former Cistercian and Benedictine nuns abbey complex (polnish: Dawny cystersko-benedyktyński zespół klasztorny) Built in the 13th/14th c., extended in the19th/20th c. Around 1266, Cistercian nuns lived here, takeover by Benedictine nuns between 1429-1438, and by the Sisters of God’s Mercy St. Vincent à Paulo in 1822. Worthwile visiting are: the abbey with the Mestwin’s Tower (13thc.), the treasury, the gothic underground, the Merseburg Gate and the Brick Gothic, two-storey St. John the Baptist and St. John the Evangelist Church (1290-1330) with the crypt of Abbess Magdalene Mortęska, reformer of Polish Benedictine nuns (can also be visited). 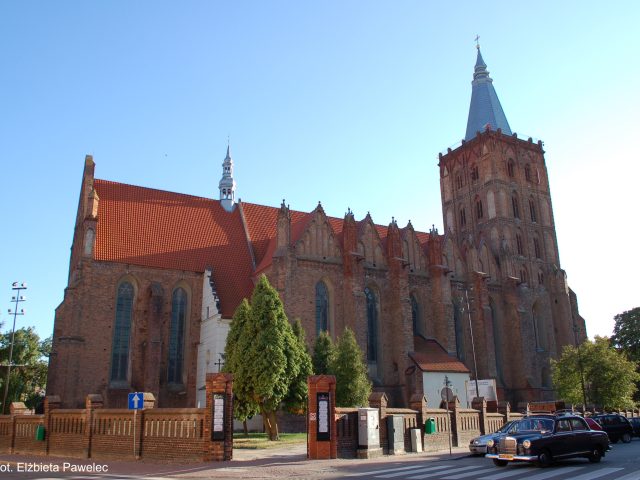 The Assumption of Mary parish church (polish: Kościół farny pw. Wniebowzięcia NMP) This church is one of the oldest and largest in Eastern Pomerania. Erected in 1280 -1320, in 1519 raised to the status of a collegiate church, and since 1649 the St. Mary’s Sanctuary. In 1473 the Studium Particulare by the parish church – a high school – was established. It was managed by the Brethren of the Common Life from Zwolle in the Netherlands. The famous astronomer Nicolas Copernicus was one of the students of Chełmno Academy before undertaking studies at the University of Cracow. The title of a collegiate church between 1519 and 1772 indicates its importance. In the 16th century the church was ruled by the Brethren of the Common Life, a religious community from Zwolle, the Netherlands. In 1676 Bishop Małachowski transferred the management of the church to the Lazarites, dismissed in 1825 by the Prussians. Built between 1280 and 1320. This brick hall church has a main nave and two side aisles and faces east. Initially, the Parish Church was to be complemented with two towers. Gothic, three-nave hall church with two towers of different height. Interior design: Gothic polychrome, sculptures depicting 11 apostles, […] 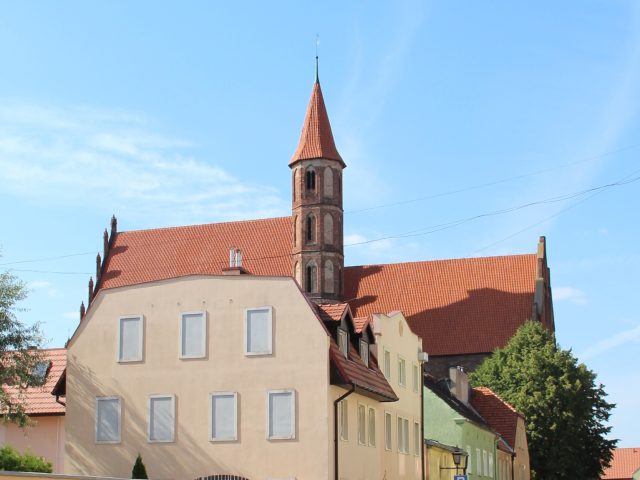 The church was built in the 13th/14th c. for the Franciscan Order which came to Chełmno in 1255. In 1806 dissolution of the order, from 1859 it served as a grammar school church. Gothic, three–nave church, in the form of a pseudo-basilica with 52 metres in length nd with a bell tower on the southern side. Interior in neo-Gothic style: altar, choir, pulpit and the stained-glass window with the scene of the Annunciation. Formerly, relics of blessed Jan from Łobdowo were kept here. During preservation work in December 2006 very precious mediaeval polychromies were discovered in the church’s presbytery.   Text: Elżbieta Pawelec, The Town Office of Chełmno