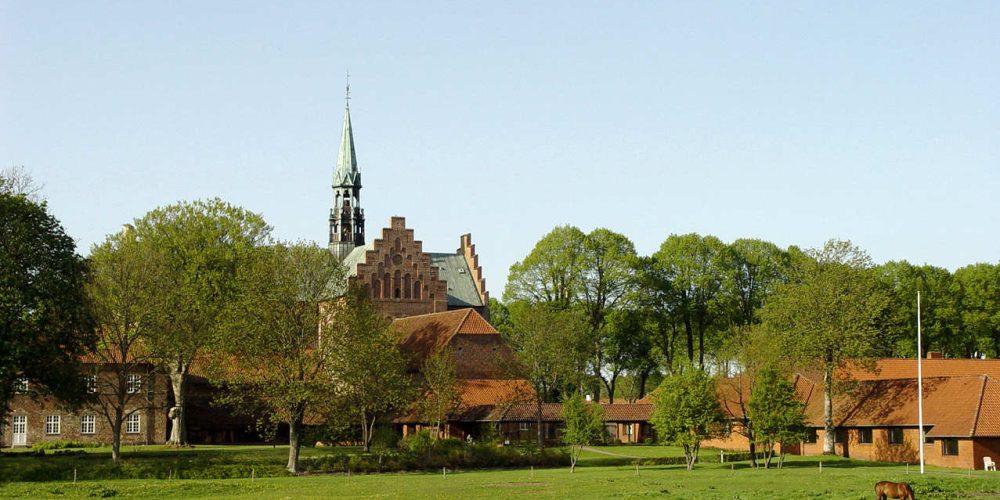 After its foundation in 1173, the Cistercian Abbey of Løgumkloster quickly developed into one of the wealthiest religious foundations in the Duchy of Schleswig. Construction of the abbey church began around 1200 and was completed 100 years later. Of the originally four-winged monastery complex, only the eastern part with the dormitory and chapter house remain today. The market town of Løgumkloster only gained greater importance from the 18th century onwards, especially for bobbin lace making. A special attraction is the annual monastery market in August. 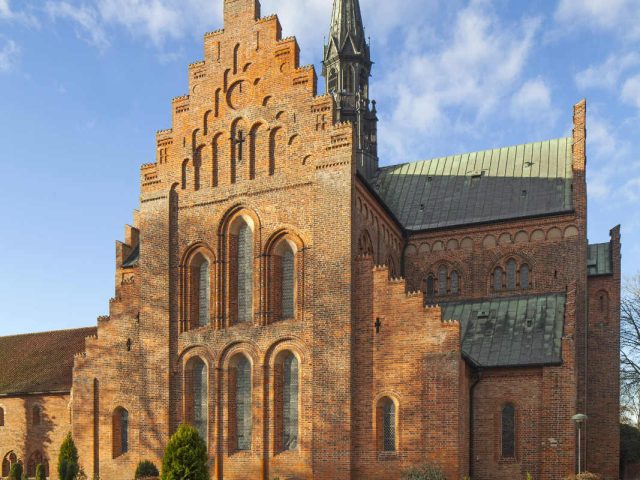 The monastery church of Løgumkloster is a three-aisled brick basilica. Its long construction period reflects the transition from Romanesque to Gothic style. Romanesque elements include the round-arched windows in the east. The rich decoration of the basilica dates back mainly to the 14th to 16th centuries. The remaining part of the east wing of the monastic complex with dormitory and chapter hall dates from the third quarter of the 13th century. It adjoins the transept of the church to the south. After the Reformation the monastery buildings were demolished. In 1614 the stones were used for the construction of the neighbouring hunting lodge. Today, the monastery grounds are home to a church music school and the training centre of the Danish National Church, the Folkekirke.