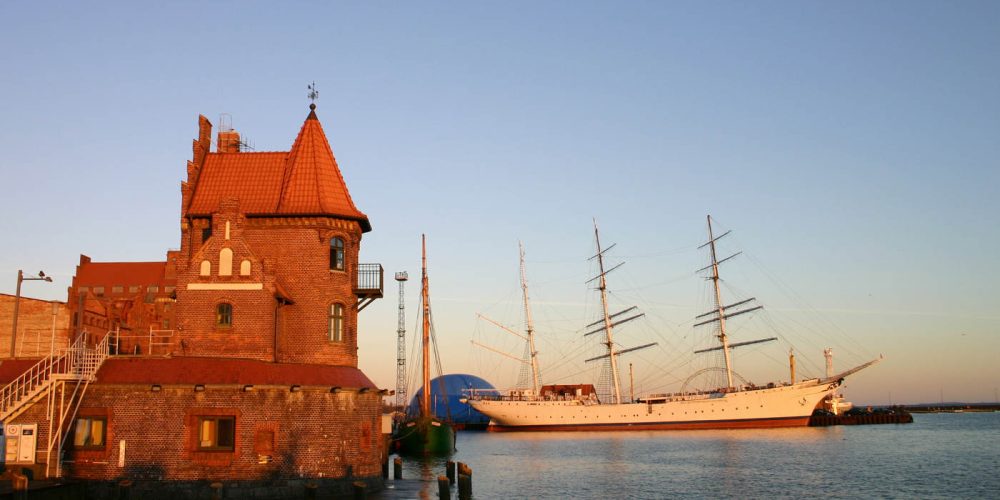 Only an anchor’s throw away from Stralsund harbour, the old market square is dominated by St. Nicholas’ Church and the town hall with its filigree façade. They are the landmarks of the UNESCO World Heritage city of Stralsund.

The Hanseatic city is rich in historical buildings of all stylistic periods. And yet it is primarily characterised by the bright red of the bricks.

As an archetype of a medieval city, Stralsund’s almost unchanged ground plan still bears witness to the power and wealth of the Baltic cities in the Middle Ages. 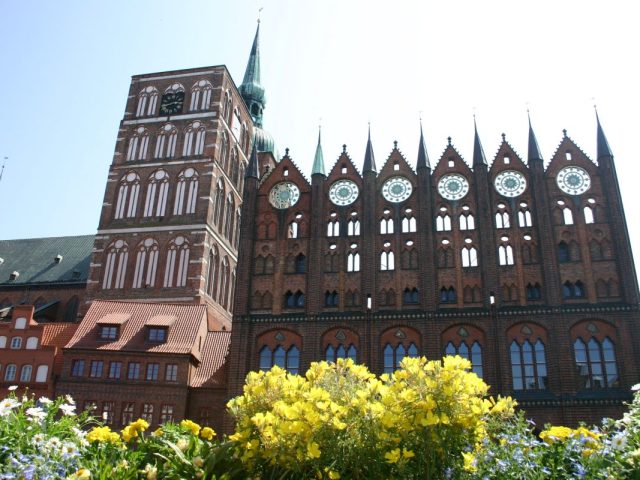 The town hall (“Rathaus”) from the 13th century together with St. Nikolai makes up for one of the most impressive urban ensembles in northern Germany. Its magnificent façade was restored in the Gothic style as part of a comprehensive restoration.

St. Nicholas’ Church (“St. Nikolai”) was first mentioned in 1276 as one of Stralsund’s three large parish churches and is closely related to St. Mary’s Church in Lübeck. When the Gothic style of the French cathedrals was first adopted along the Baltic coast, St. Nicholas’ Church was groundbreaking. With its rich furnishings from the Gothic period to the present day, it is considered one of the most beautiful churches in Northern Europe.

St. Mary’s Church (“St. Marien”), first mentioned in 1298, was once considered the tallest building in the world. A masterpiece of late Brick Gothic architecture and the largest parish church in Stralsund, it contains the altar of the Coronation of the Virgin Mary as well as the baroque Stellwagen organ. From its tower you have a panoramic view over the Hanseatic city as far as the island of Rügen.