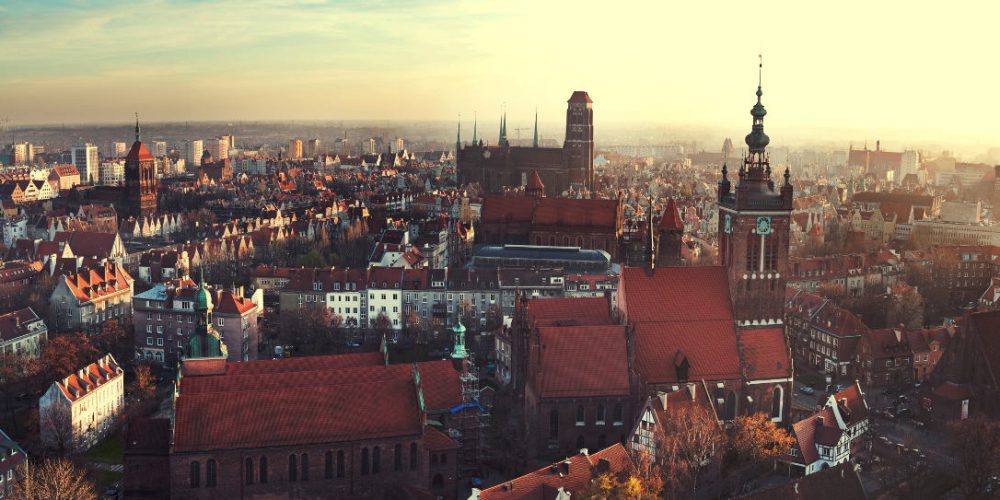 The former Hanseatic City of Gdańsk used to be the most important Baltic Sea port in the historical region of Pomerilia. Its history goes back more than a thousand years. Around 1224, the merchant settlement was granted city rights by the Pomeranian Duke Swantopolk II. It quickly developed into an important trade location, making it the object of desire of numerous territorial lords over the centuries. During its eventful history, the city reached its greatest economic boom in Hanseatic times during the 14th and 15th centuries, a period of affluence evidenced by its impressive Brick Gothic buildings like St. Mary’s Church.

During the Gothic period, numerous other brick churches and monasteries were built in Gdansk: the Parish Church of St. Catherine, the Dominican Church of St. Nicholas’, the Franciscan Church of Holy Trinity with its beautiful crown-like gables, the Church of St. John, which was most affected during the Second World War, and many others. They all have a spacious hall architecture. Inside, you will see beautiful forms of vaulting (reticulated, stellar and cellular), pointed-arched portals, decorative elements made of ashlar and noteworthy altars and choir stalls.

On the occasion of the Day of Brick Gothic 2020, the city has published two online city tours of a special kind, which are dedicated to the cultural heritage of Brick Gothic in Gdańsk. The important cultural and historical buildings are presented by the Gdańsk city guide Katarzyna Czaykowska (in Polish with English subtitles):
Part 1 Gothic in Gdansk / Visit Gdansk online tour
Part 2 Gothic in Gdansk episode 2 “St. John’s just as the Entire City of Gdansk” – online tour 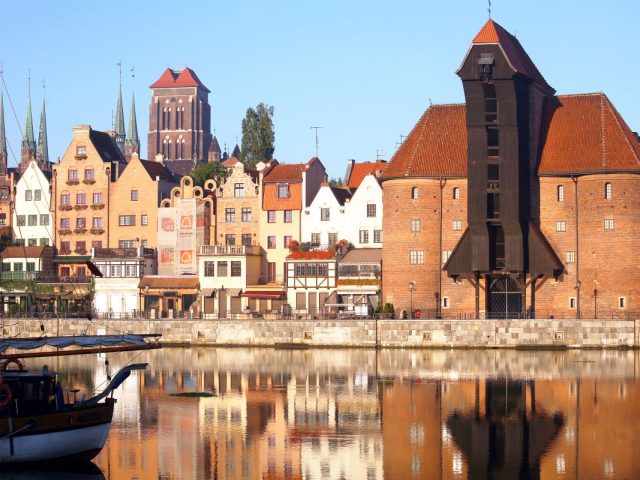 The Crane, the largest port crane of medieval Europe, is one of the most characteristic buildings of Gdańsk. It was used to reload goods and to put up ship masts and it also served as a city gate. Inside the building is the reconstructed drive mechanism of the crane, a set of wooden treadmills that were powered by human legs. 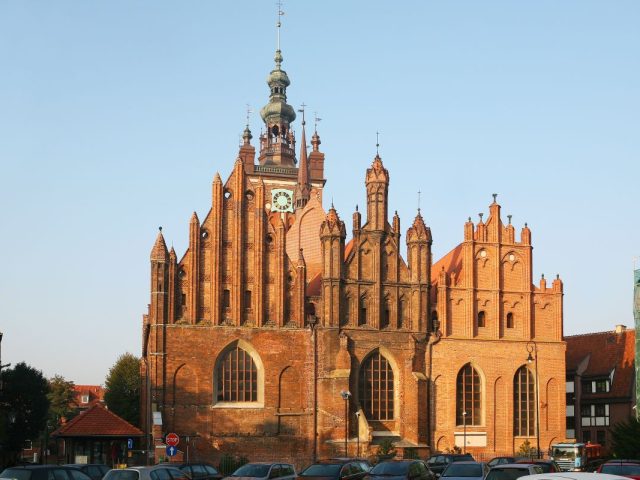 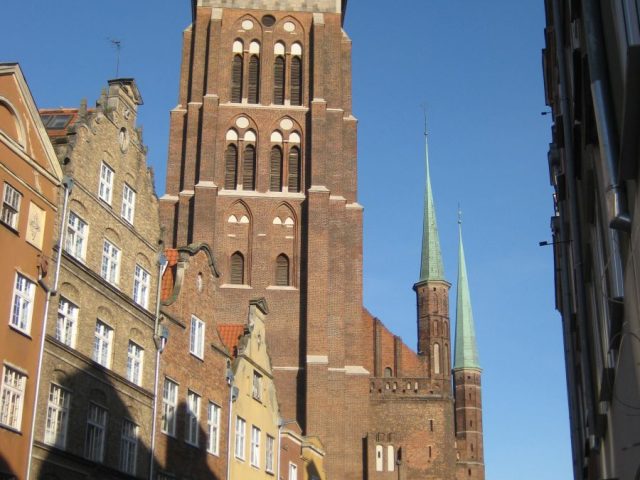 St. Mary’s Church is Europe’s largest brick church. This monumental hall church was built over a period of 150 years during the Hanseatic heyday of the city. The vast interior has a breathtaking wealth of stellar and net vaults with an amazing variety of different rib patterns. The furnishings of St. Mary’s Church include numerous masterpieces of medieval and baroque art, including the main altar by the Augsburg master Michael Schwarz, a stone pietà from around 1410, a copy of Hans Memling’s triptych “The Last Judgement” and the famous 15th century astronomical clock.