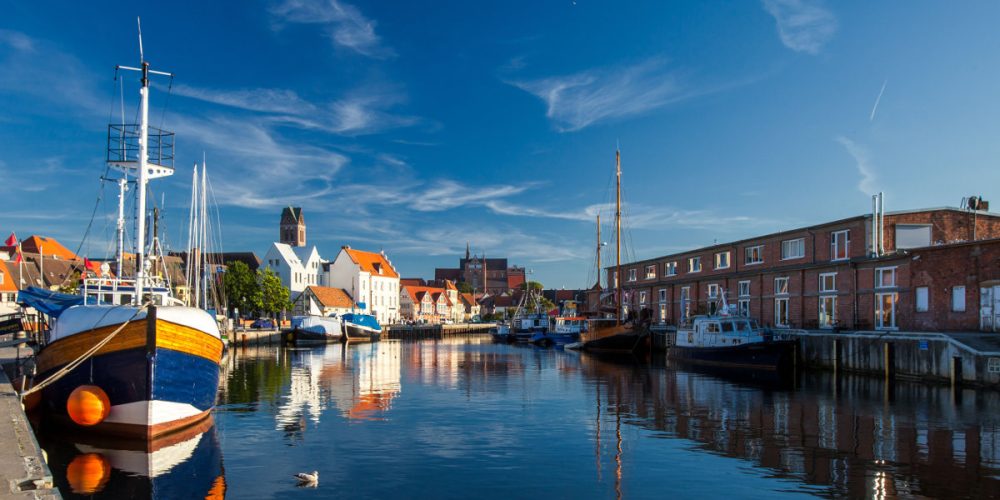 In 2002, the Hanseatic city of Wismar became a UNESCO World Heritage Site, together with Stralsund. Wismar is distinguished by its historic harbour, mighty brick churches, gabled houses and the market square. The historic town centre has retained its medieval ground-plan almost unchanged and bears witness to the layout of the maritime trading towns under Lübeck law. The preserved building fabric with numerous individual monuments testifies to the political importance and wealth of the Baltic cities in the Middle Ages.

Another characteristic feature is the large number of medieval, mostly gabled town houses. One of these is the house at Mecklenburger Str. 12, which dates from 1295 and has a cycle of murals from the first half of the 14th century.

The Evangelical Lutheran Parish Church of St. Nikolai in Wismar has been a member of the European Route of Brick Gothic since 2010. 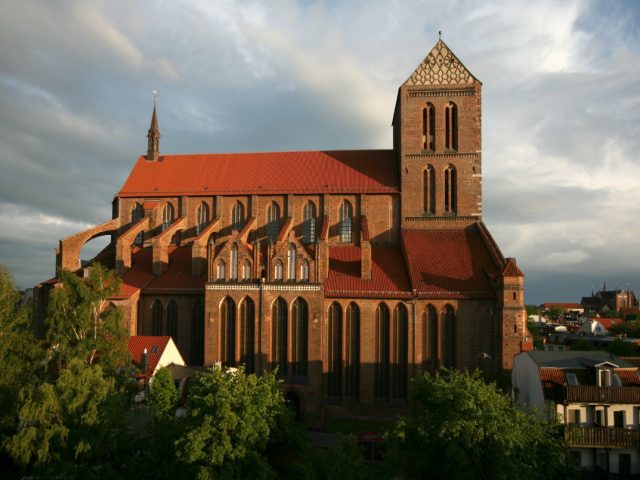 St. Nicholas’ Church (“St. Nikolai”) was built in the 14th and 15th centuries as a church for seafarers and fishermen and stands on one of the oldest artificial watercourses in Germany, the Frische Grube. St Nicholas’ Church is the only one of the three large city parish churches to have survived the Second World War intact. At a height of 37 metres, the nave is almost as tall as Lübeck’s St. Mary’s Church. In fact, it is the second-highest nave in any Brick Gothic church. A special feature are the porches on the north and south sides, which resemble the arms of a transept. The extraordinarily richly decorated southern gable, with its abundance of glazed figurative shaped bricks, is a unique feature of brick architecture. Of the medieval furnishings of St. Nicholas’ Church, the granite baptismal font dating from the late 13th century and the naval altar made at the beginning of the 16th century have survived. However, the interior is characterised by its fully preserved baroque furnishings.