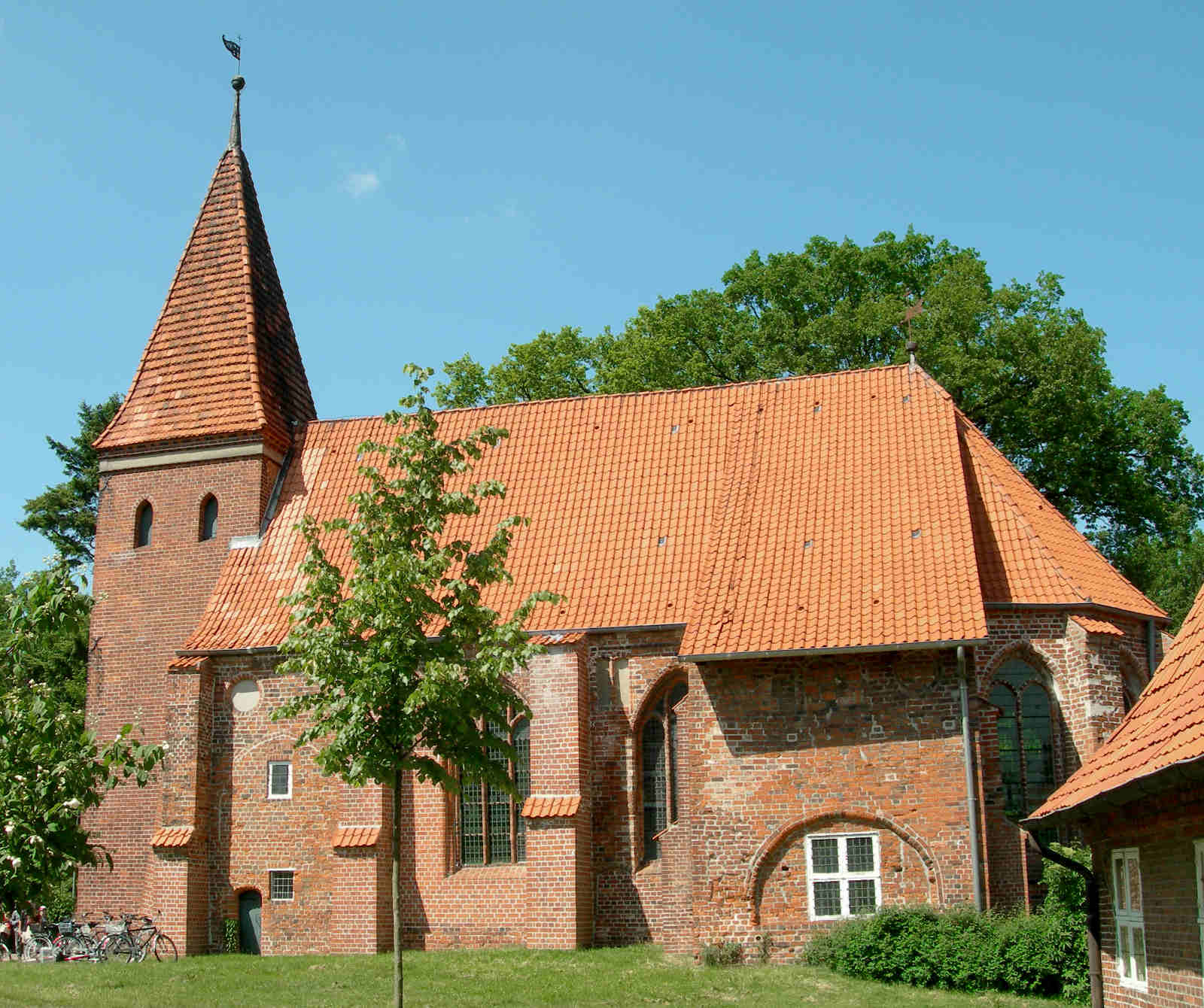 St. Nikolaihof was first mentioned in 1251. It was the hospital of the city of Lüneburg for lepers and was located far from the Lüneburg’s gates, on the southern edge of Bardowick. After a gradual decrease of leprosy, the hospital became an old people’s home towards the end of the 15th century. In the centre of the complex, marked by large trees, is the Chapel of St. Nicholas (“St. Nikolai”), whose origins date back to 1310. The entrance portal is preserved from this time. The west tower was built in the first quarter of the 15th century. The entire brick building was rebuilt in 1435. The men’s house was erected in 1316, the women’s house was newly built in 1720/21. Both buildings show the characteristic structure of a hospital building with small rooms on both sides of a long corridor. Remarkably, large kitchens have been preserved in both houses.

The unity of the complex, its historical fabric, the vegetation and its location on the river still convey the image of a medieval hospital complex. A documentation of the history of Nikolaihof is on display in two almost authentically preserved cells of the women’s house.