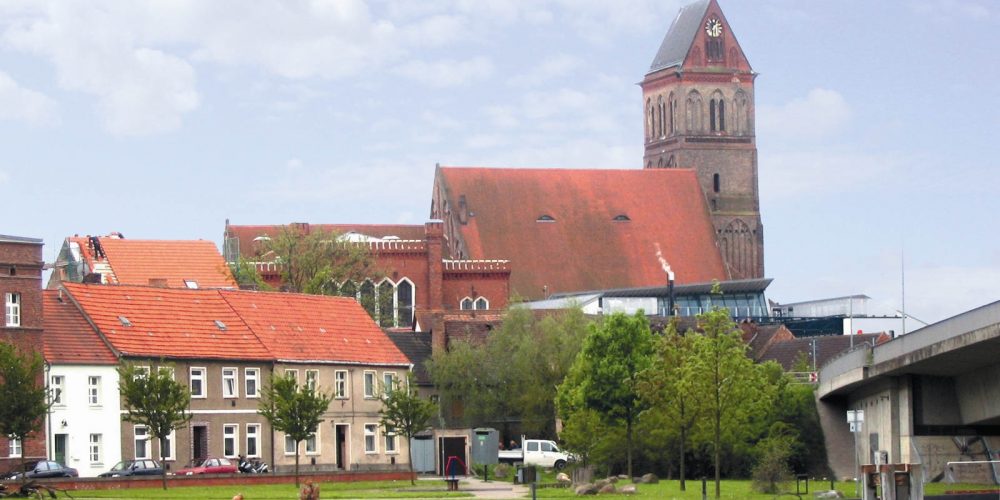 The Hanseatic and Lilienthal city Anklam has been making a name for itself for the past eight centuries. Initially as a member of the Hanseatic League, later through aviation pioneer Otto Lilienthal and today as the gateway to the award-winning valley of the river Peene. The Brick Gothic landmarks tell the story of this proud Hanseatic city. Three routes will take you to these sights, including the Churches of St. Mary and St. Nicholas and the highest city gate in Pomerania, now home to the Museum im Steintor. The gaps torn into the urban fabric by the Second World War have been lovingly closed in recent years with a remarkable urban redevelopment. 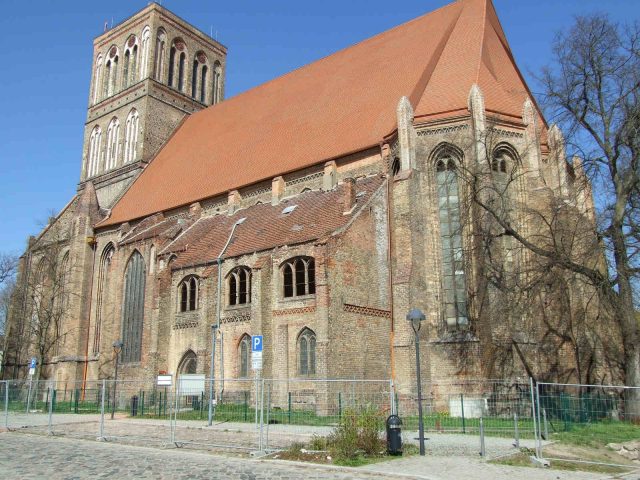 St. Nicholas’ Church (“Nikolaikirche”) was completed in the second half of the 15th century and has always been regarded as a symbol of the freedom and prosperity of the citizens of this Hanseatic city. During the last days of the war, the church was heavily damaged, and reconstruction has been ongoing since 1993. The reconstruction of the Nikolaikirche as “Ikareum” is a noteworthy building project of the Hanseatic city of Anklam. It is intended to turn the former baptistery of Otto Lilienthal into a visitor centre where the idea of human flight can be experienced. 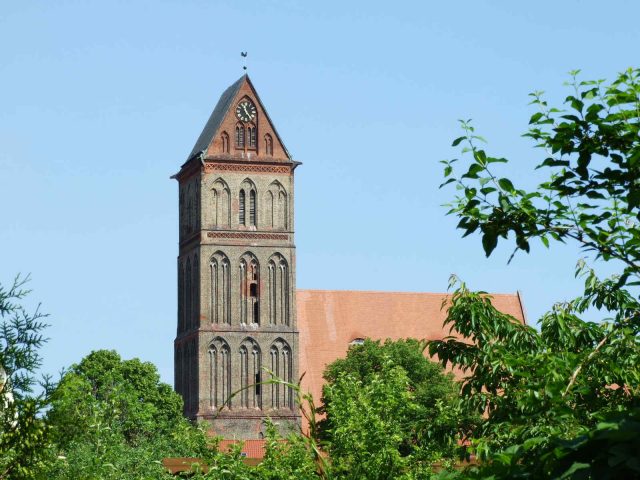 St. Mary’s Church (“Marienkirche”), the older of the two town churches, dates from the end of the 13th century and was completed around 1314. It is a recognized monument of national importance for its exceptionally well-preserved medieval interior painting, which is almost completely intact on the pillars and arches of the nave. Discovered by chance during a restoration of the interior in the years 1936/37, most of it dates back to the 14th century and is related to paintings in St. Nicholas’ Church in Stralsund. 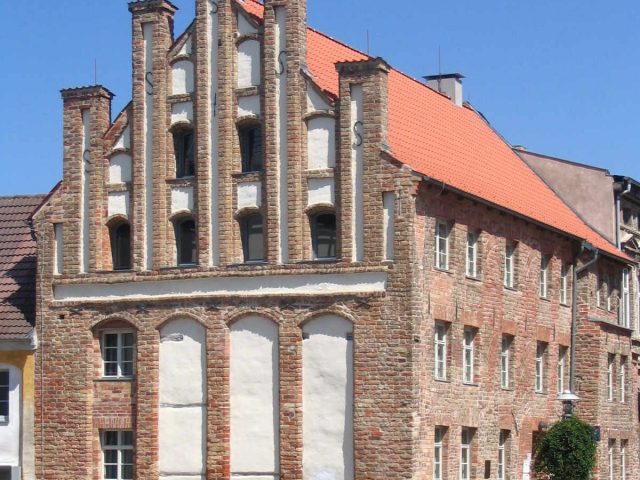 The Gothic gabled house (“Gotisches Giebelhaus”) is the oldest preserved example of domestic architecture in Anklam. It was first mentioned in 1406. Renovated in 1997, it is now the seat of the registry office and the parliamentary groups of the town council. 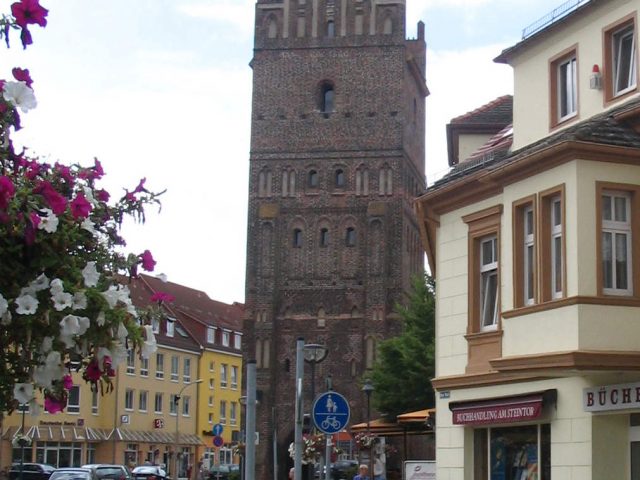 The 32-metre-high Stone Gate is the last of the four original city gates. It used to be part of a double gate complex like the one in Neubrandenburg. It was built around 1300 and was raised by three storeys with a stepped gable in the 15th century.