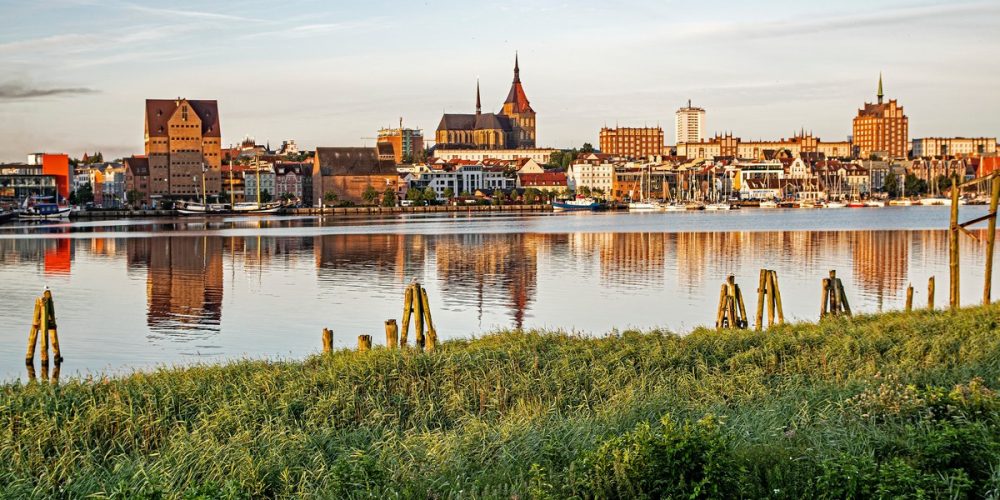 The Hanseatic city of Rostock was granted the city rights in 1218. It is a city of crafts and industry, home to one of the oldest universities in Europe (1419) and the centre of a strong bourgeoisie. Today, Rostock is a modern centre on the southern Baltic Sea. From the 13th to the 16th century, Rostock was one of the leading Hanseatic cities and acquired a highly representative character due to its large number of stately patrician and trading houses.
The brick buildings still preserved from that period demonstrate the diligence and craftsmanship of their builders. 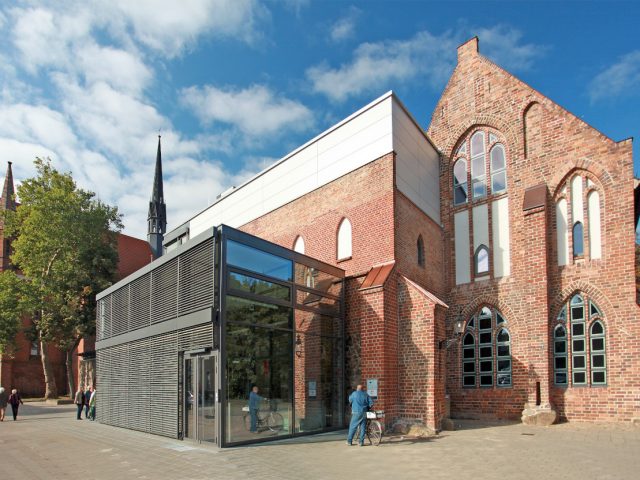 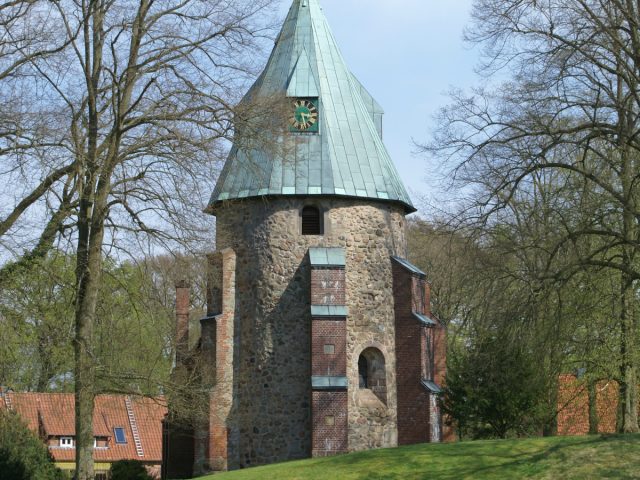 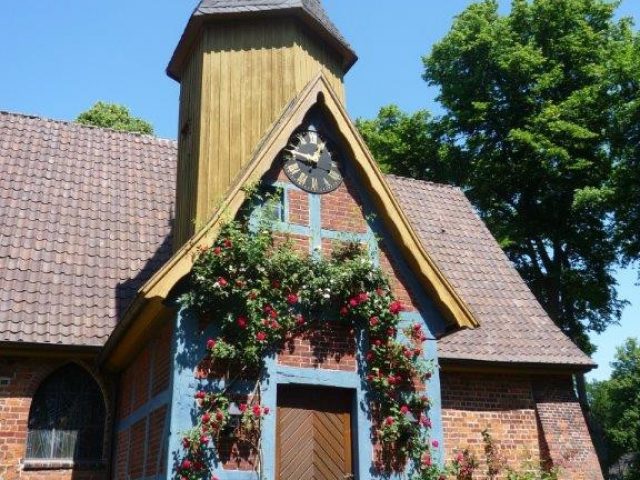 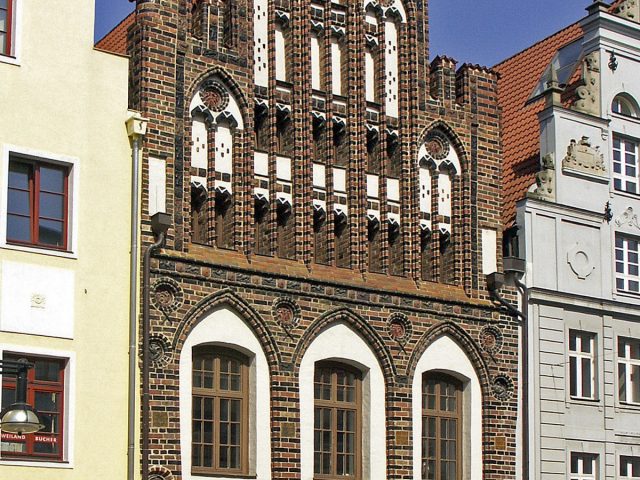 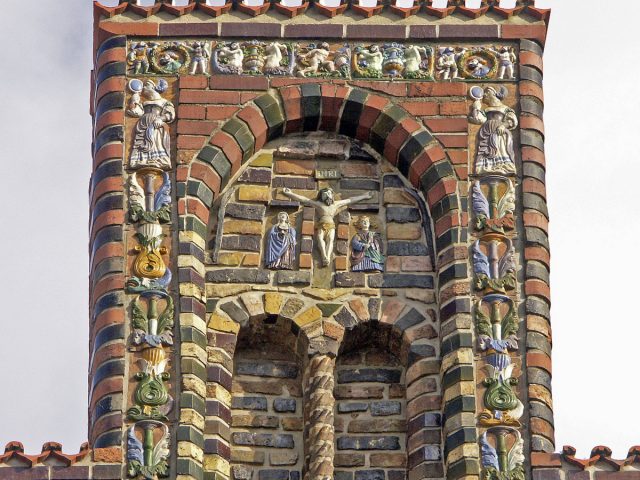 Kerkhoffhaus is a Late Gothic gabled house built around 1460/70. In the 16th century it was decorated with coloured terracottas from a Lübeck workshop for mayor Kerkhof, who lived in this house at that time. 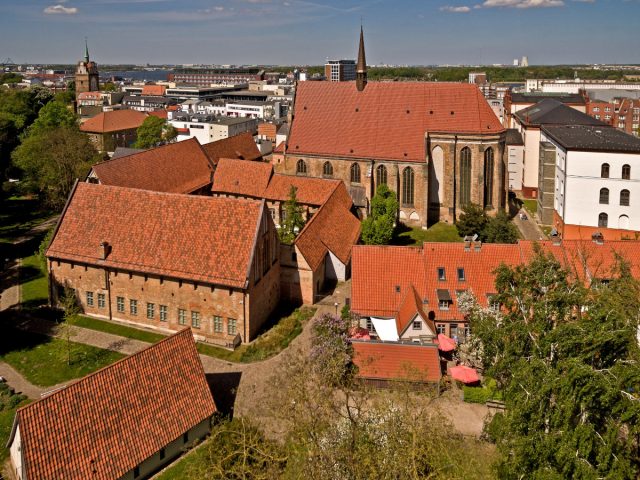 The Convent of the Holy Cross (“Kloster zum Heiligen Kreuz”) is a former Cistercian convent founded by Queen Margarethe of Denmark in 1270. It was built in several phases in the 14th and 15th centuries. Since the 1980s it has been used as a cultural history museum (“Kulturhistorisches Museum”).

Convent of the Holy Cross, Rostock