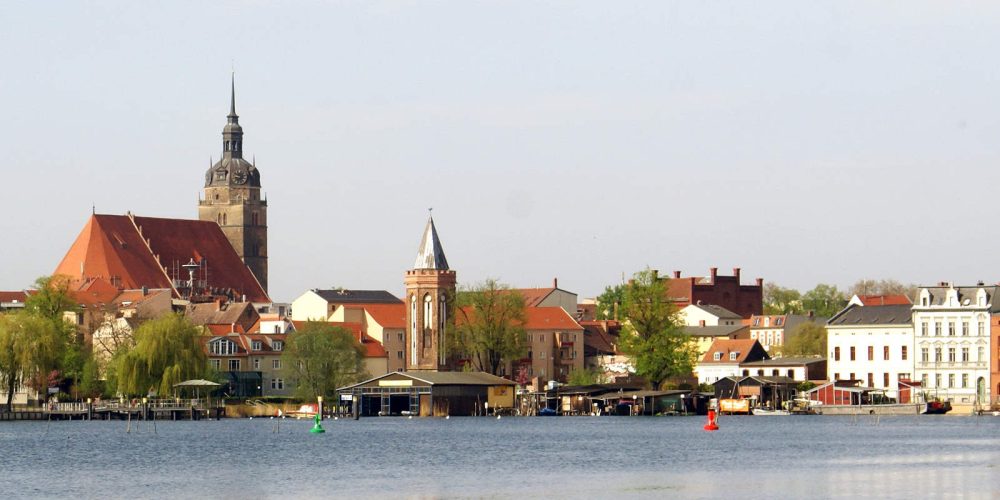 Brandenburg an der Havel is the earliest and most important urban centre of the Mark Brandenburg and also its eponym. The town centre is made up of three parts: the cathedal island (“Dominsel”), the Old Town (“Altstadt”), and the New Town (“Neustadt”), all of which were independent until the 18th century. The town of Brandenburg was never severely destroyed by fire and war, nor by excessive wealth, and has preserved a whole universe of medieval architecture. You can study all stages of the Mark Brandenburg Gothic style here, and you will also find examples for nearly every type of religious and secular architecture.

The largest medieval construction volume were the two town fortifications, which were built of brick almost simultaneously around 1300. You can still make out their full length of respectively 1.7 and 2.4 km of ditches and ramparts delimiting the medieval town. The four preserved gate towers will give you a good idea of the elegance and strength of these defences.

The two town centres also have an outstanding collection of historic town houses. These range from the Ordonnanzhaus at Altstädtischer Markt, a rich town house from around 1300, which was luxuriously rebuilt at the end of the 15th century, to the house at Bäckerstraße 14, a Gothic post-and-beam building from 1408, the oldest known half-timbered house of the region. Recently the Gothic House (“Gotisches Haus”) at Ritterstraße 86 has been restored. There is now a small house museum, which can be visited after prior arrangement. 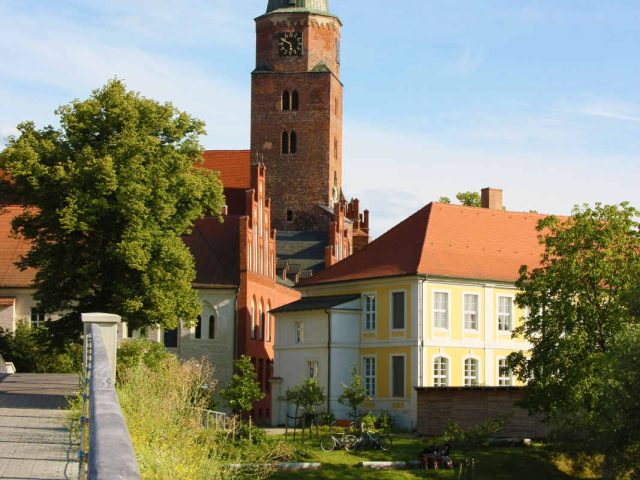 The foundation stone of the cathedral (“Brandenburger Dom”) was laid in 1165, making it one of the oldest brick buildings east of the river Elbe. It was rebuilt in the 14th and 15th centuries in Gothic style, although the Romanesque core of the building is still visible. The almost completely preserved medieval collegiate cloister now serves as the cathedral museum. 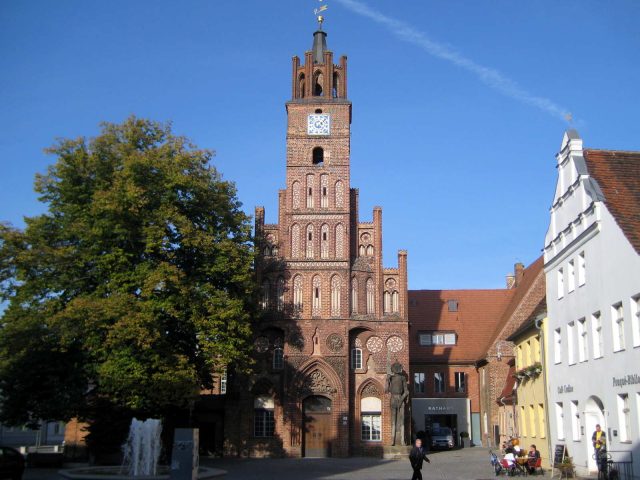 Brandenburg an der Havel is the town with the largest number of medieval secular buildings in today’s Land Brandenburg. Both the Old and New Town had imposing brick buildings as town halls. While the town hall of the New Town was destroyed in the Second World War, the Old Town Hall (“Altstädtisches Rathaus”) of the Old Town with its tower, the rich blind tracery and its undivided council hall is in the same condition as in 1467/68 when it was built. 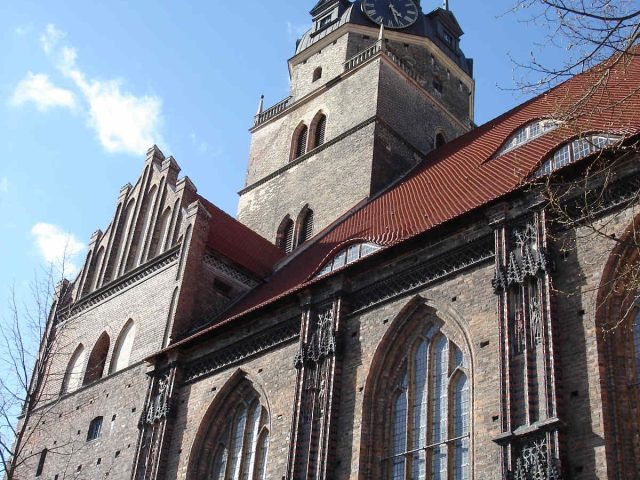 In the 14th and 15th centuries, the dominant bourgeoisie invested its wealth in the expansion of the large parish churches. The construction of St. Catherine’s Church (“St.-Katharinen-Kirche”), the parish church of the New Town, was begun around 1380 by the Stettin master builder Heinrich Brunsberg. The enormous hall church is one of the outstanding examples of late Brick Gothic architecture. The Old Town followed suit a few decades later with the construction of its new parish church of St. Gotthardt. The parish churches contain a great variety of medieval and modern decorations and furnishings: wall paintings, crucifixion groups, baptismal fonts, altarpieces and epitaphs. 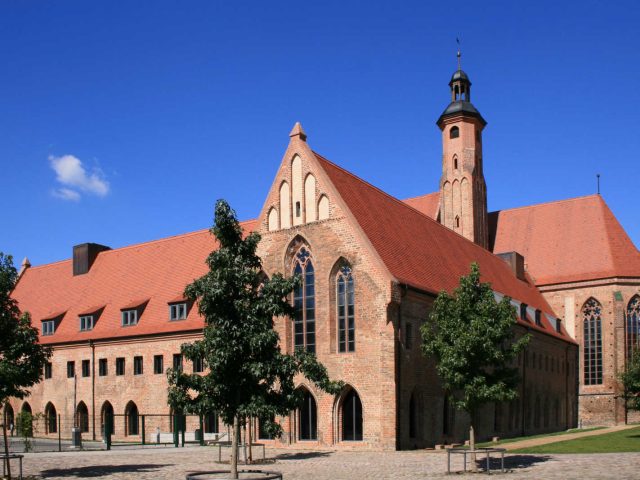 The Dominican monastery of St. Paul’s (“Dominikanerkloster St. Pauli”) was built around 1286 on the edge of the new town. The building’s simple elegance is captivating. Today it is the site of the regional archaeological museum (“Archäologisches Landesmuseum”).