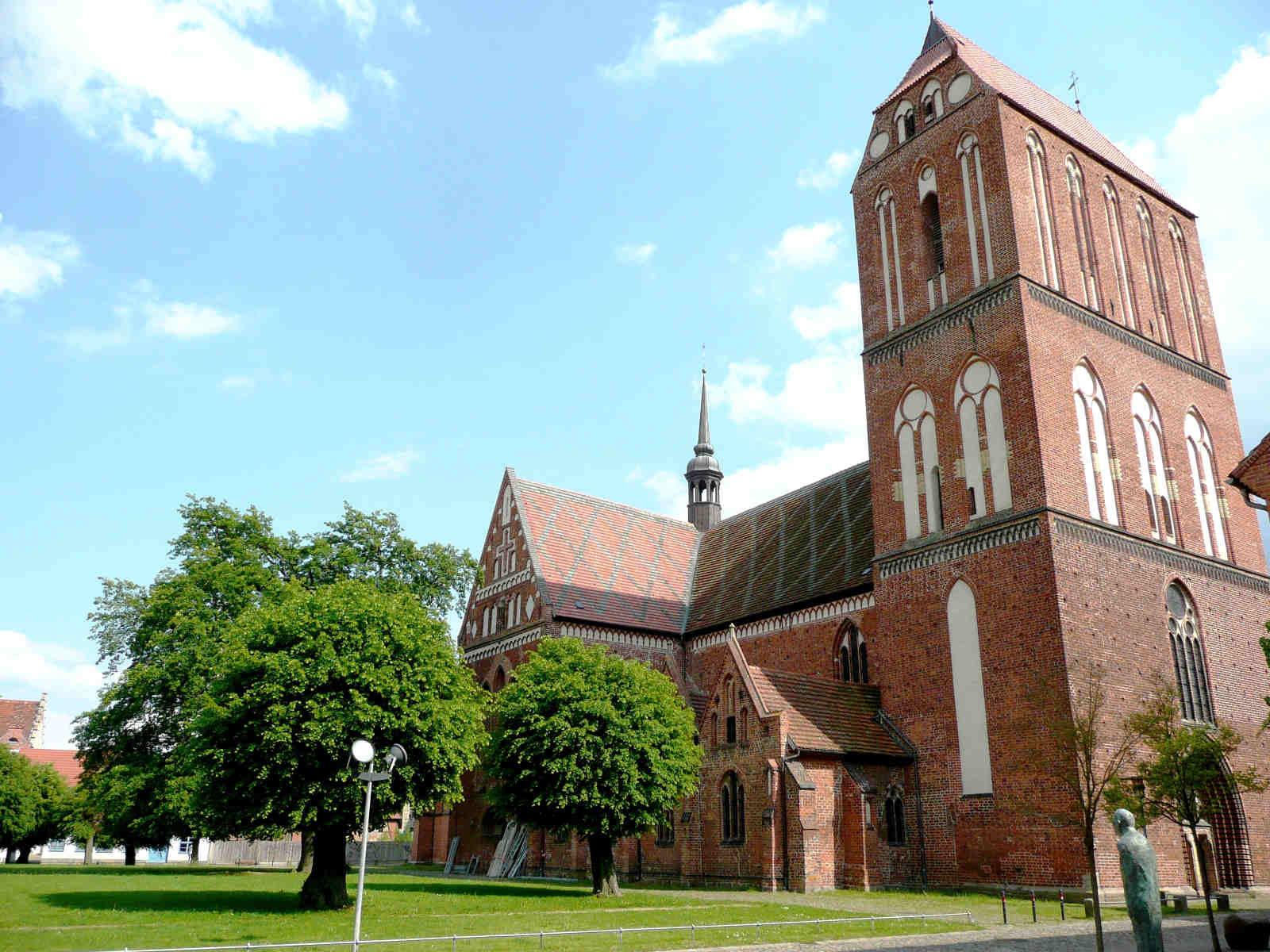 The collegiate foundation of Güstrow was established in 1226 by Duke Heinrich Borwin II and Bishop Brunward of Schwerin. The construction of the cathedral started soon afterwards; later it also served as the princely burial place. The building was completed in 1292, and, after an extension, it was consecrated in 1335, now by the bishop of Kammin. The building is a cruciform column basilica, laid-out ad quadratum in early Gothic style. The northern transept portal has a Romanesque round arch. The massive 44-meter-high west tower was completed around 1420. Inside is the Güstrow memorial “The Floating One”, created by Ernst Barlach in 1927 in memory of the victims of the First World War.