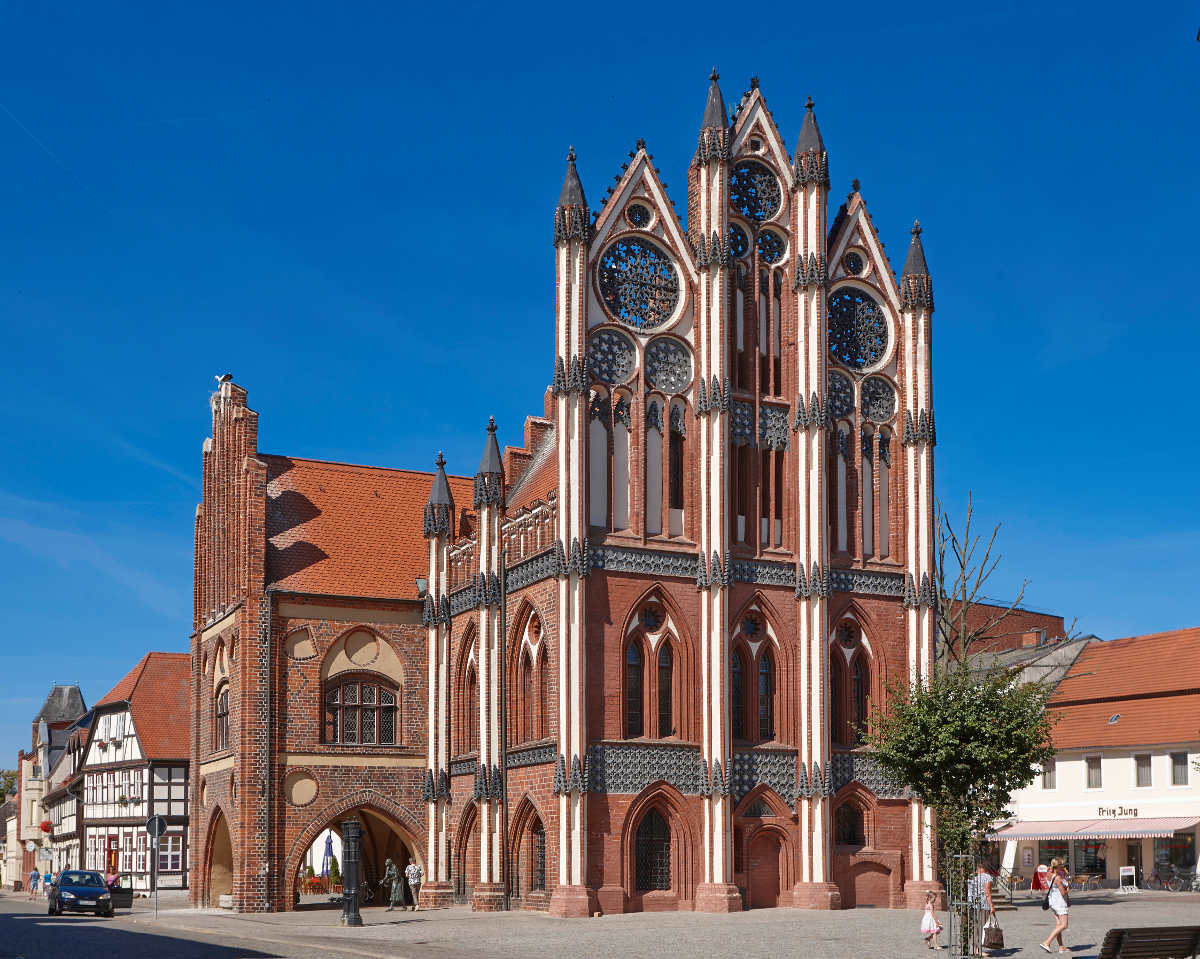 The historic town hall (“Rathaus”) is one of the most famous secular buildings of North German Brick Gothic. It was probably built around 1430 by master builder Hinrich Brunsberg from Stettin.

A striking feature is its 24-metre high façade. Behind it is the municipal festival hall with its magnificent stellar vault and a central pillar that runs through all levels of the town hall. In 1480, the western wing with the court loggia was added, where weddings are held today. Originally, the two-storey building did not have an external staircase.

Since 1929, the ground floor and the vaulted cellars of the town hall have been home to Tangermünde’s oldest museum.