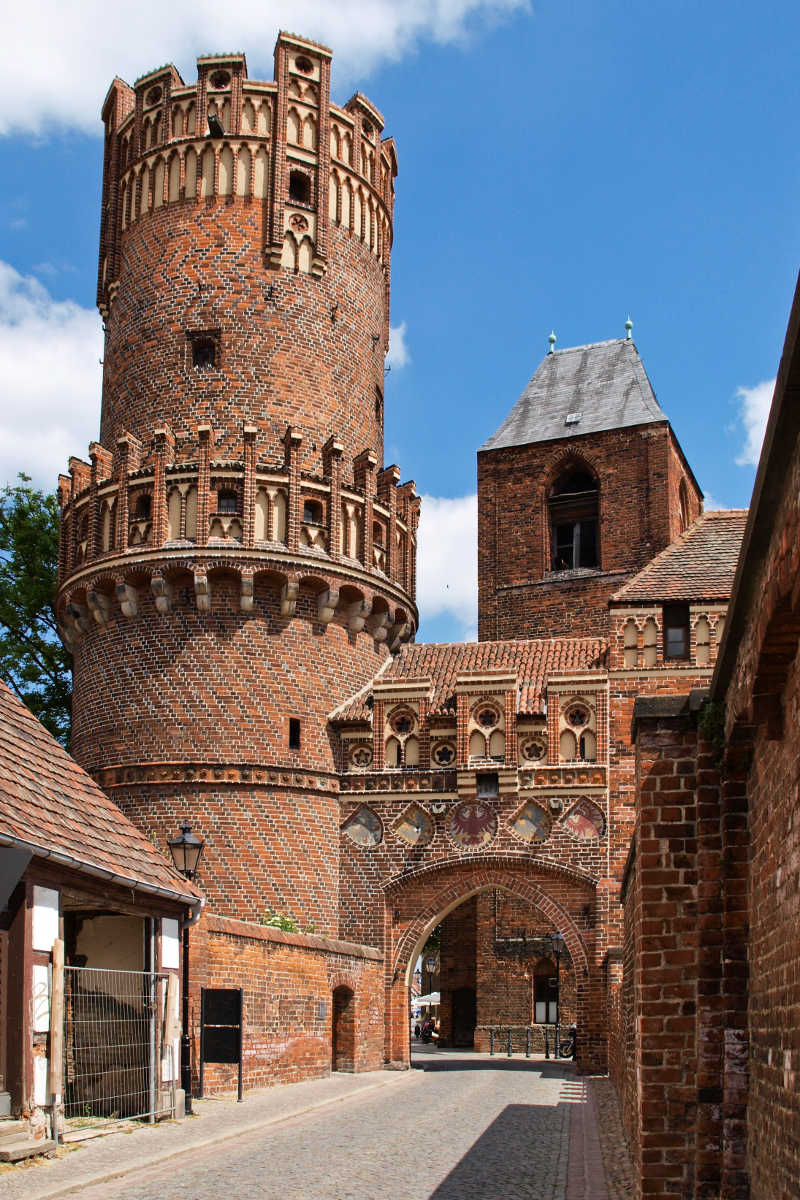 The double gate complex of the Neustadt Gate (“Neustädter Tor”) is the most splendid part of the medieval town fortifications. The angular tower from the 13th century and the round tower built in 1450 have been preserved, as well as the central building with a pointed-arched gateway. A protected walkway connects both towers.

A breach in the city wall, which was caused in the 19th century when a primary school was built, was closed in 2019. Besides the Neustadt Gate, the Hünerdorf Gate (“Hünerdorfer Tor”) with the owl tower (“Eulenturm”) and the Elbe Gate (“Elbtor”) have also been preserved.