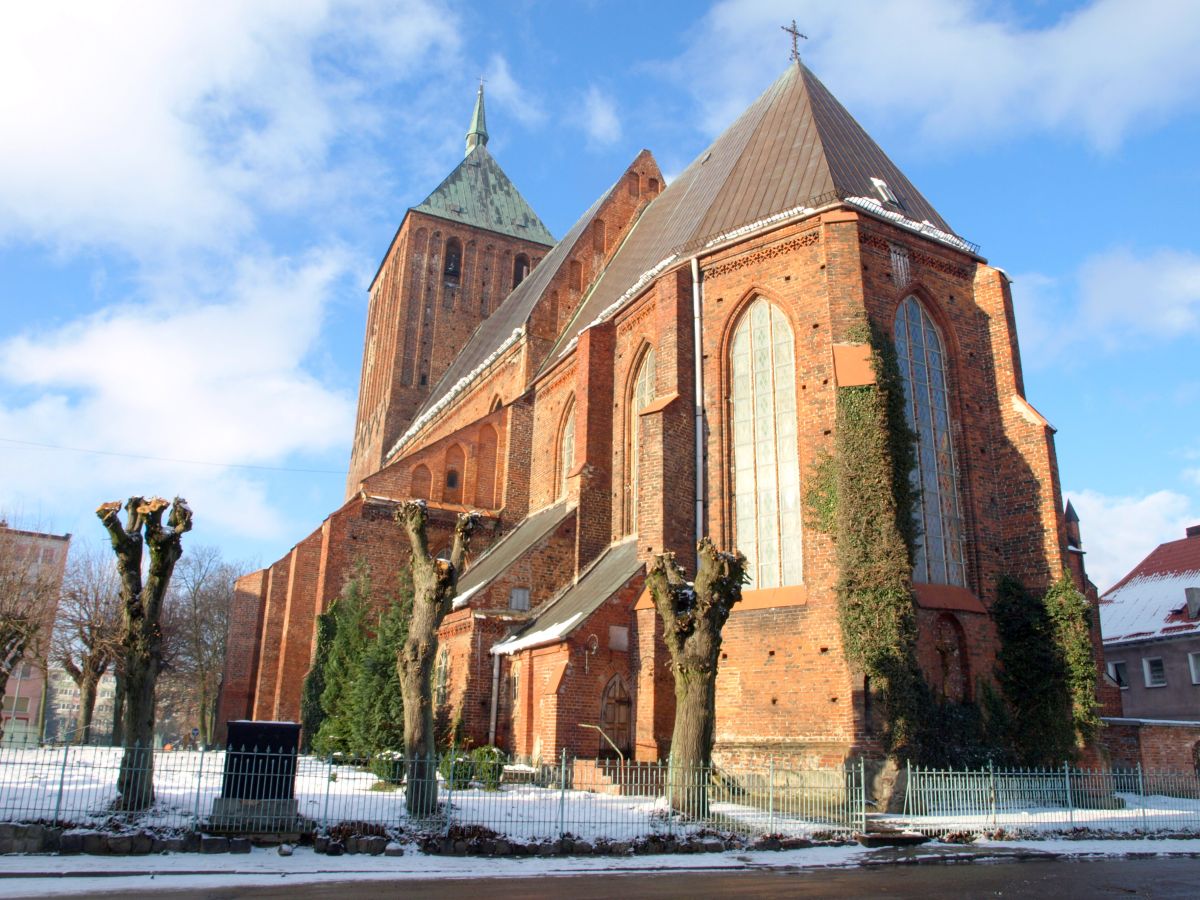 St. Mary’s Parish Church is the largest church in Sławno. It was founded by Duchess Sophia, wife of Duke Barnim IV of Pomerania, and built between 1326 and 1364. The interior, however, was only furnished in the second half of the 15th century. The church belongs to a stylistically uniform group of Central Pomeranian basilicas, which are characterised by their specific wall structure: in the nave, the pillars of the walls of the central nave are carried through to the vault as pilasters, thus creating an impression of continuous upward movement and giving the basilican nave its hall-like character.
The church was damaged following the invasion of the Russian army in 1945 and later restored by the Franciscan Order.
The plain interior features a baptismal font from the 18th century, a baptismal font from the 16th century and a memorial plaque for the theologian Dietrich Bonhoeffer.