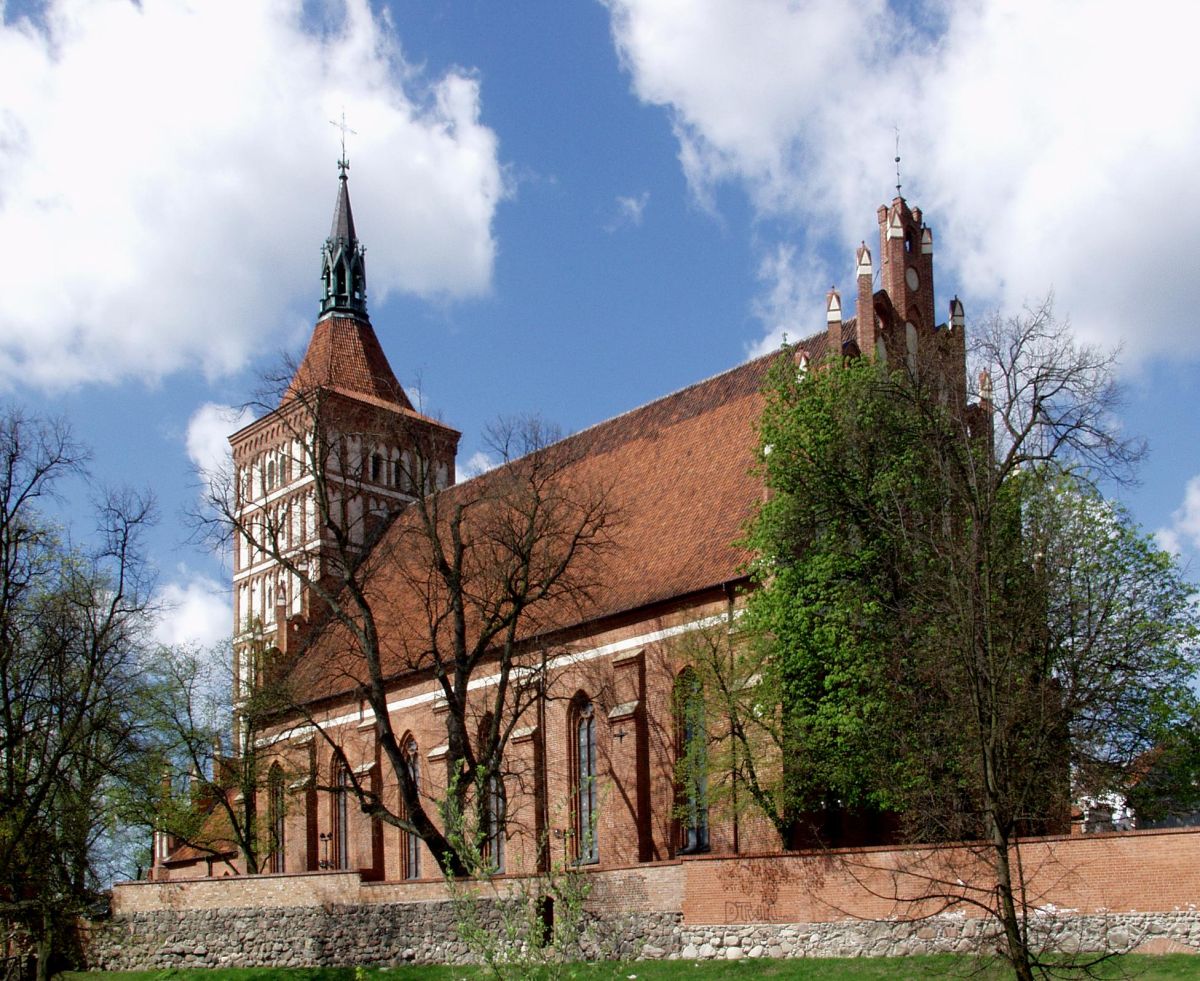 The construction of the St. James’ Cathedral dates back to the end of the 14th and the beginning of the 15th century. It is a good example of a stringently composed hall church of the Warmia type characterised by the absence of a chancel, a tall stepped gable on the east side, octagonal pillars and stellar vaults. Its prototype is the nave of the cathedral in Frombork. Inside are two Late Gothic winged altars (triptychs) from the 16th century.

Organ concerts are performed here in July and August.