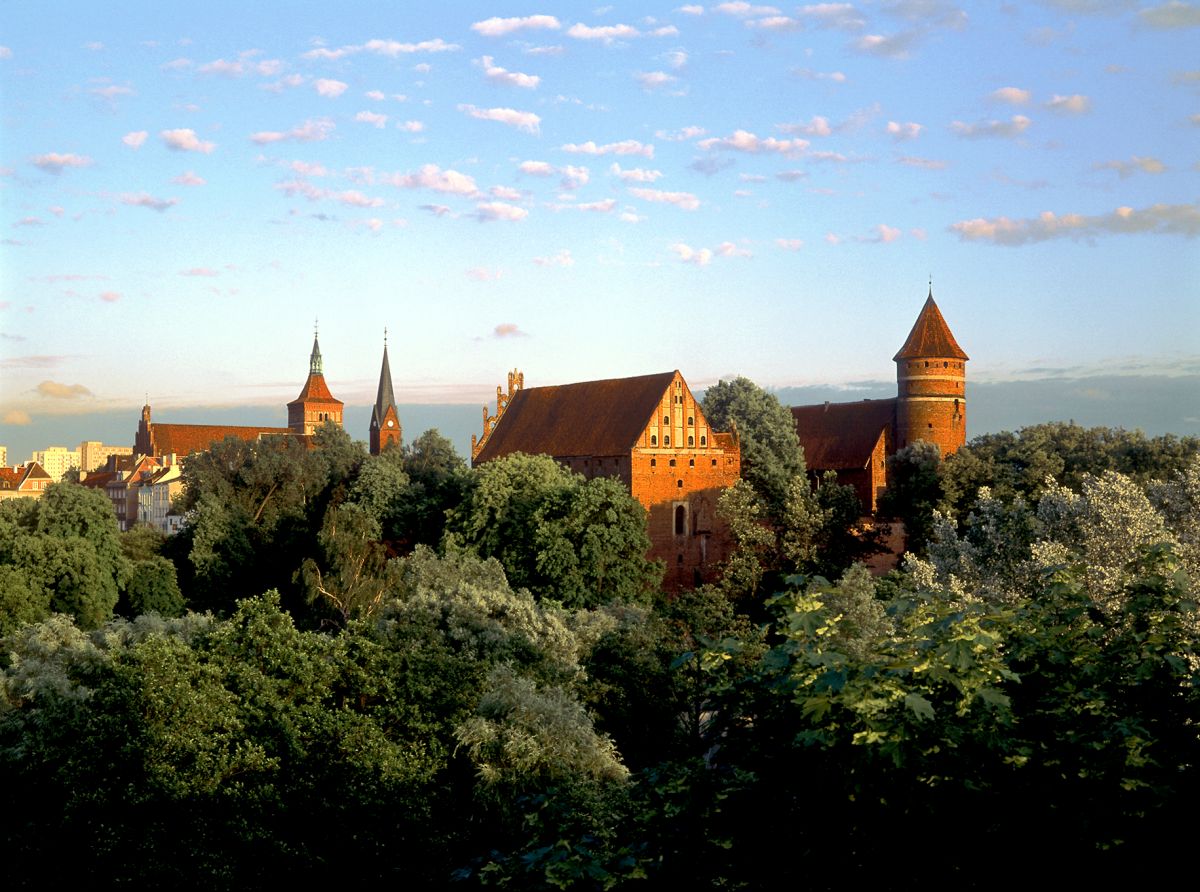 The Castle of the Warmian Cathedral Chapter was once an important castle of the Teutonic Order. Construction began even before the city’s foundation around 1348. The north wing of the castle was built around 1373, the south wing and tower until around 1430. After the Teutonic Order had lost control in Prussia, the castle was used as a residence and seat of the Warmian canons until 1772. One of them, Nicolaus Copernicus, lived in the castle between 1516 and 1521 and carried out his astronomical observations from here.
Today the castle is the seat of the Museum of Warmia and Masuria.