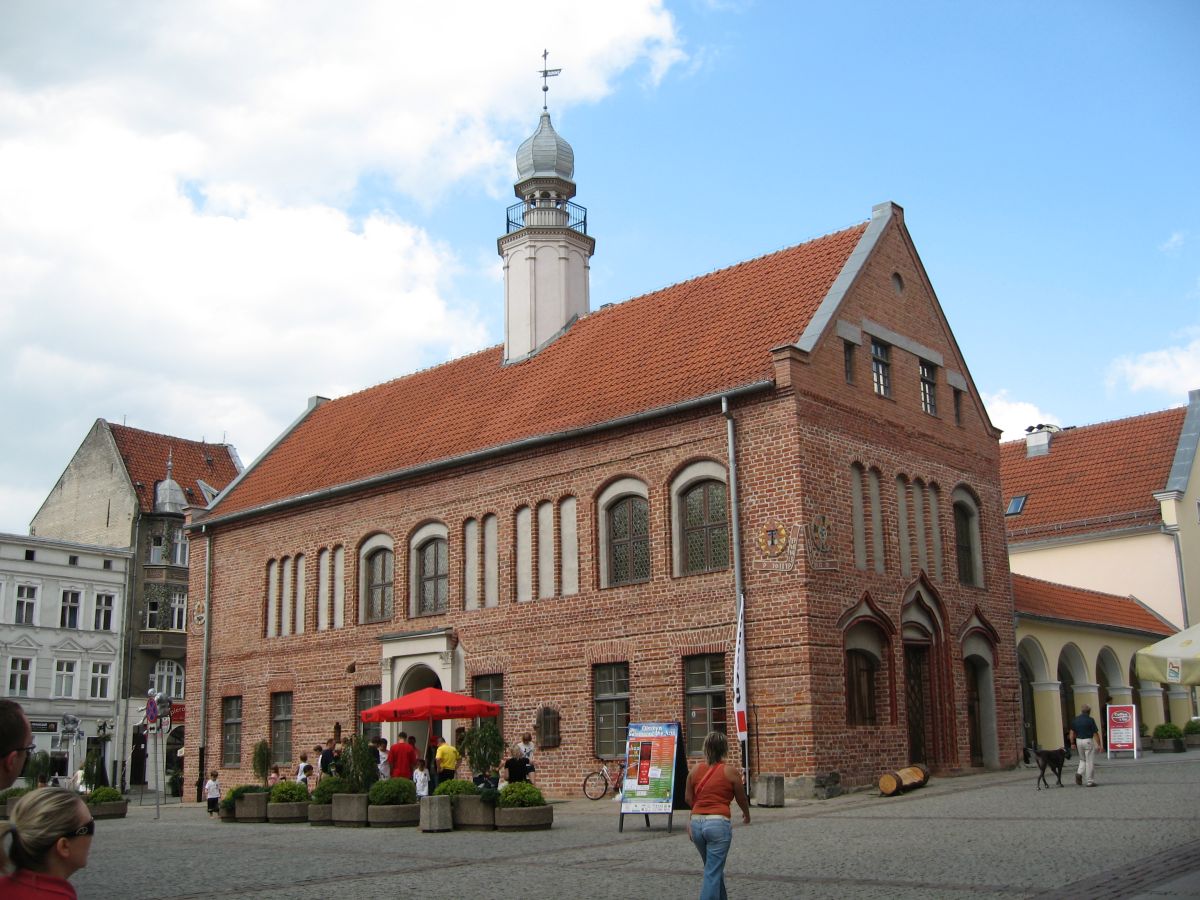 The Gothic wing of the Old Town Hall is its oldest part and was built after 1500. From 1623 to 1624 the building was extended to its present dimensions. The later building measures had no influence on its shape, but the Gothic character of the representative facades was partially lost. In 2003 the Gothic facade of the south wing was restored.

The Old Town Hall now houses the voivodship library, which is open to the public.