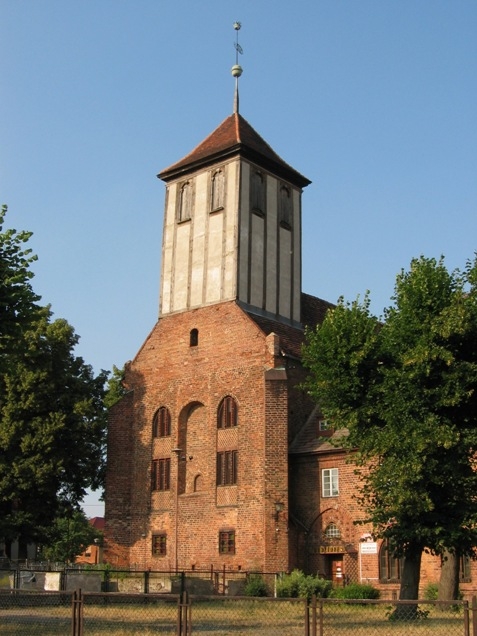 The former Dominican monastery was founded in 1275 by Margrave Albrecht III. In the second half of the 13th century the monastery church was built, which served as the court church for the margrave, who often stayed here in town.

The threeaisled brick building with a polygonal chancel suffered several construction disasters which severely damaged the nave. The present half-timbered tower was built in 1738 after its predecessor had fallen onto the nave.

The interior of the building was completely redesigned. The most valuable part, still from the construction period, is the north portal with its pointed arch. Today it is the seat of local cultural centre.