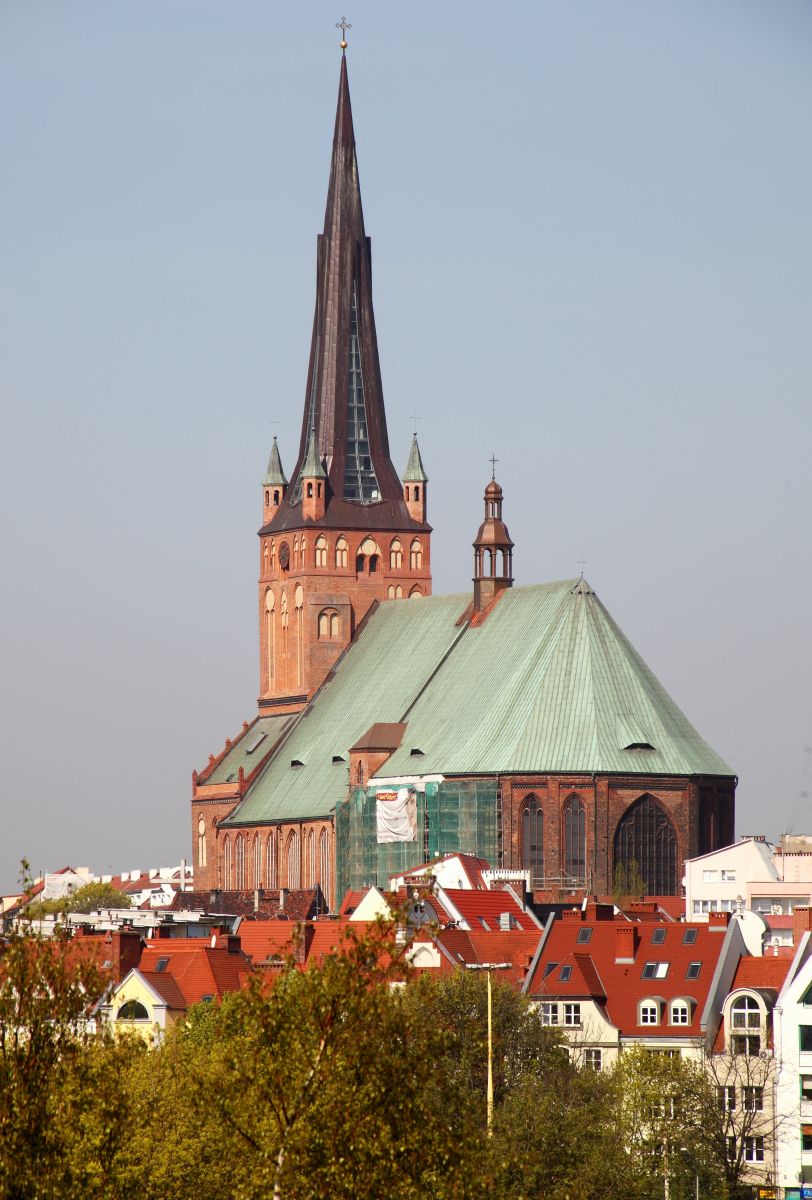 The start of the construction of St. James’ Church – once the main parish church of the city and nowadays its cathedral – has been dated to 1187. In the course of the 13th century, a reconstruction was carried out following the example of St. Mary’s Church in Lübeck. During the city’s golden age in the second half of the 14th century, the church was given a new, then ultra-modern ambulatory, a “Hallenumgangschor”, which, as a type, was to set the trend for the further development of church architecture in West Pomerania. The shape of its two-storey ambulatory chapels was repeated, for example, in the prestigious Church of Our Lady in nearby Stargard. The present-day shape of St. James’ Church was strongly influenced by its reconstruction after the World War II.

In 2008, the church tower was given a new spire. There is a viewing point at a height of 56 metres from where you can enjoy the layout and architecture of Szczecin.