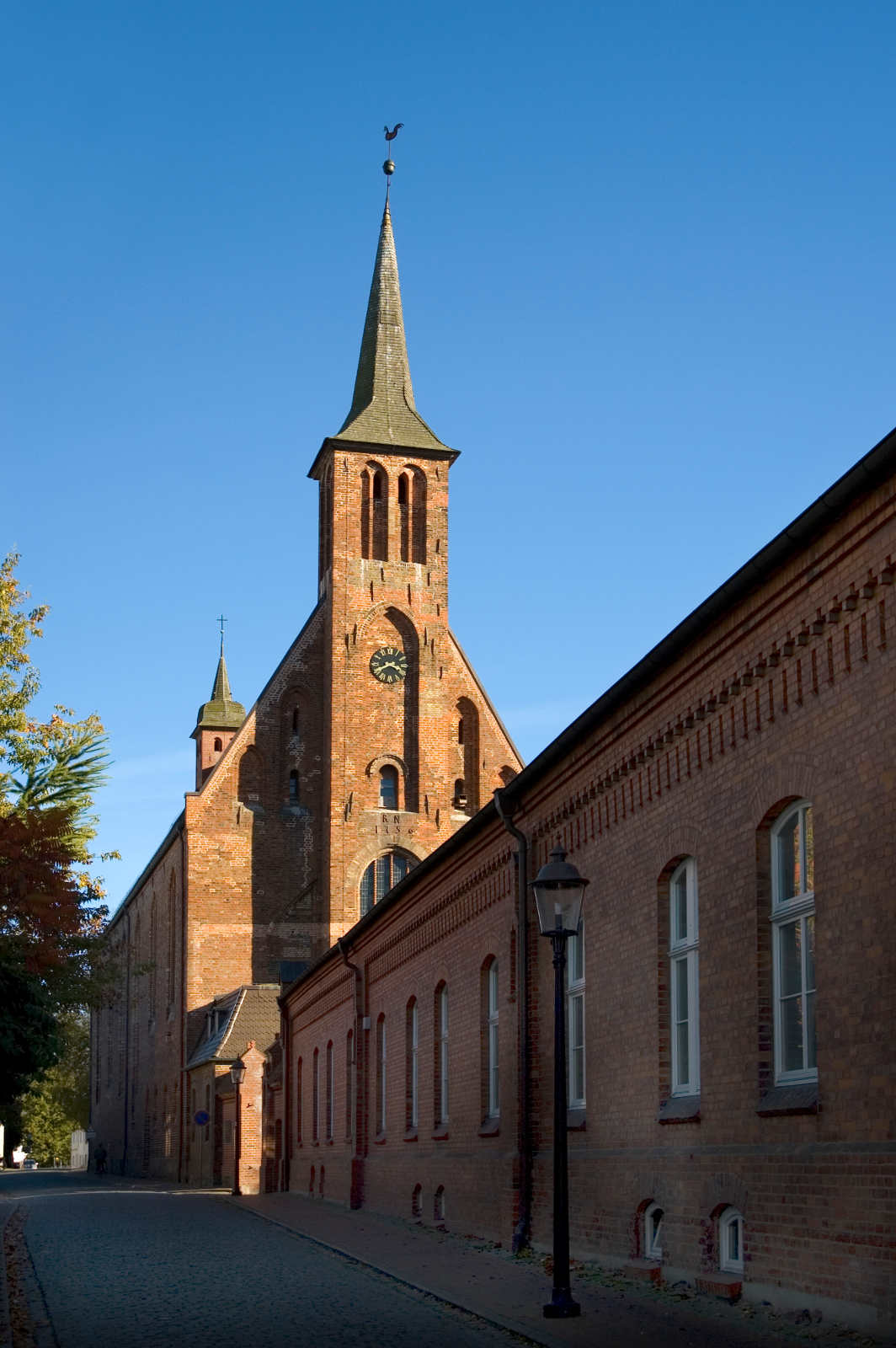 The Clarissan convent (“Klarissenkloster”) of Ribnitz was the only convent of this order in north-eastern Germany. It was founded in 1323 by Heinrich II of Mecklenburg. The first consecration of the convent church by the bishop of Schwerin is attested in 1330. The simple brick hall of the church was built at the end of the 14th century and is fully in the tradition of the mendicant order. Significantly, the former nuns’ gallery has been preserved. After 1840, the altar and galleries were redesigned in neo-Gothic style. Apart from the Amber Museum, there is also an exhibition on the history of the convent, and later of the noble convent for ladies, with outstanding medieval wooden sculptures and many small finds from the nuns’ pews. Princely abbesses and noble nuns tell of their fate here.