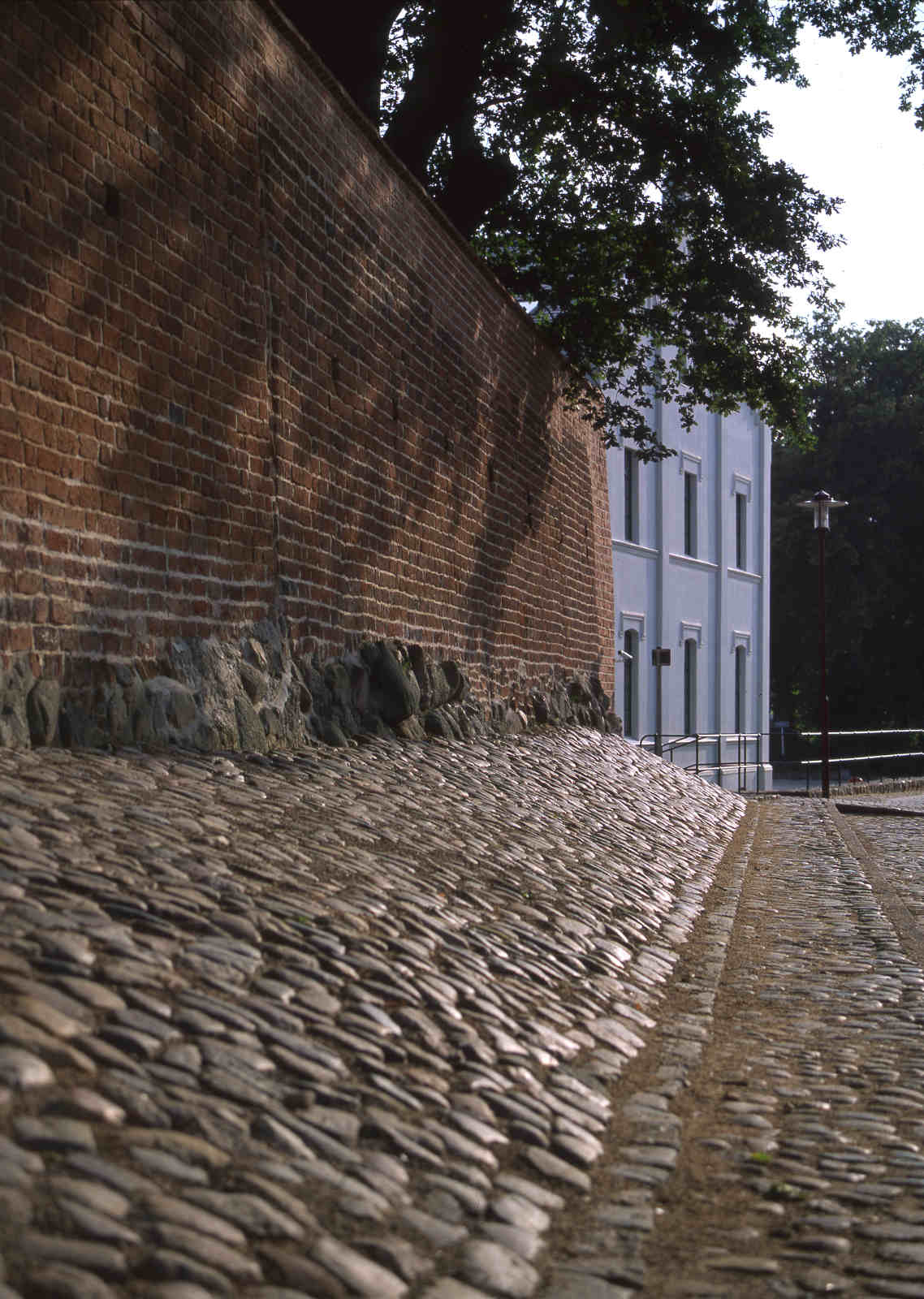 The defensive ring of the medieval town wall embraced Parchim from the early 14th century until the second half of the 19th century. It was almost six metres high, one metre thick and three kilometres long and was built of fieldstones, bricks and mortar. A wooden walk-way ran at a height of four metres. At several points, the town wall integrated watch houses for defence, the “Wiekhäuser”, some of which were inhabited. In medieval times, these houses, together with the town gates, played a key role in the town’s defences, as they served to fight off attackers from two sides. Censuses from 1764 still indicate some of these houses as dwellings and their inhabitants were often shepherds. After 1863, most of the town wall was demolished. A very well-preserved section of the town wall can be seen on the street Am Wallhotel.

You can get to the town wall via Alte Mauerstraße, Lindenstraße or Am Wallhotel.

In the second half of the 15th century, a moat was excavated to further protect the town. It enclosed the town wall from the Wocker Gate in the north down to an arm of the river Elde stretching towards the old town. The rampart system consisted of a wide, deep ditch fed by the waters of the Elde and the Wocker as well as two other feeder ditches. The earth from the ditch was used to heap up a rampart which was partly planted with oaks, beeches, plane trees and linden trees. At the end of the 19th century, the ramparts were turned into a public park and the ditches were drained. Today, you can enjoy the former ramparts as an urban park.

As part of the renovation of the ramparts in accordance with the requirements of monument preservation, the town of Parchim followed the request of the association Heimatbund Parchim e.V. and managed that the medieval throwing stones from a trebuchet returned to their place of origin. A trebuchet (French: trébuchet) is a term for a medieval stone throwing artillery. The weight of such stones is between 10 and 120 kilogram, rarely less than 15 or more than 150 kilogram. Parchim thus has an attraction that no other place in Mecklenburg-Vorpommern has to offer.

If you drive north-east of Parchim along Sternberger Chaussee towards Darze, you will come to a brick tower, the Fangelturm. It was erected in 1360 as part of a land defence system for the outer defence of the town of Parchim. The structure is ten metres high, its walls are one metre thick, and it is made up of 100 courses of bricks. The entrance to the tower is 2.50 metres above the ground and used to be accessible via a retractable ladder. This observation post served for defence and through its embrasures the guard at the Wocker Gate could be alerted. Medieval robber barons, who drove the cattle herds away from the town’s fields, were a particular danger at that time. The name “Fangelturm” was first used at the beginning of the 19th century and suggests that it served as a prison.
Today, this tower is the only one of its kind in Mecklenburg and is one of the oldest structures in the state.

The tower is open to the public from May to October from 8am to 6pm.
More information at Stadt Parchim. 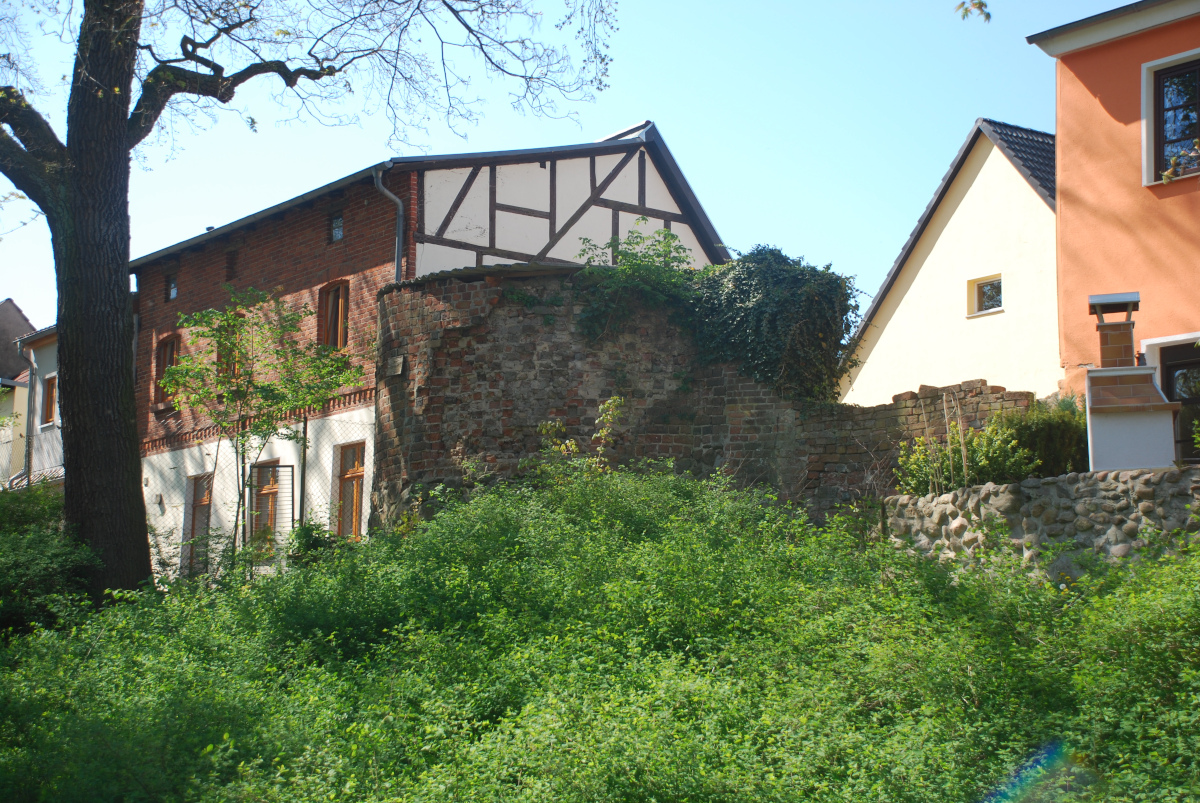 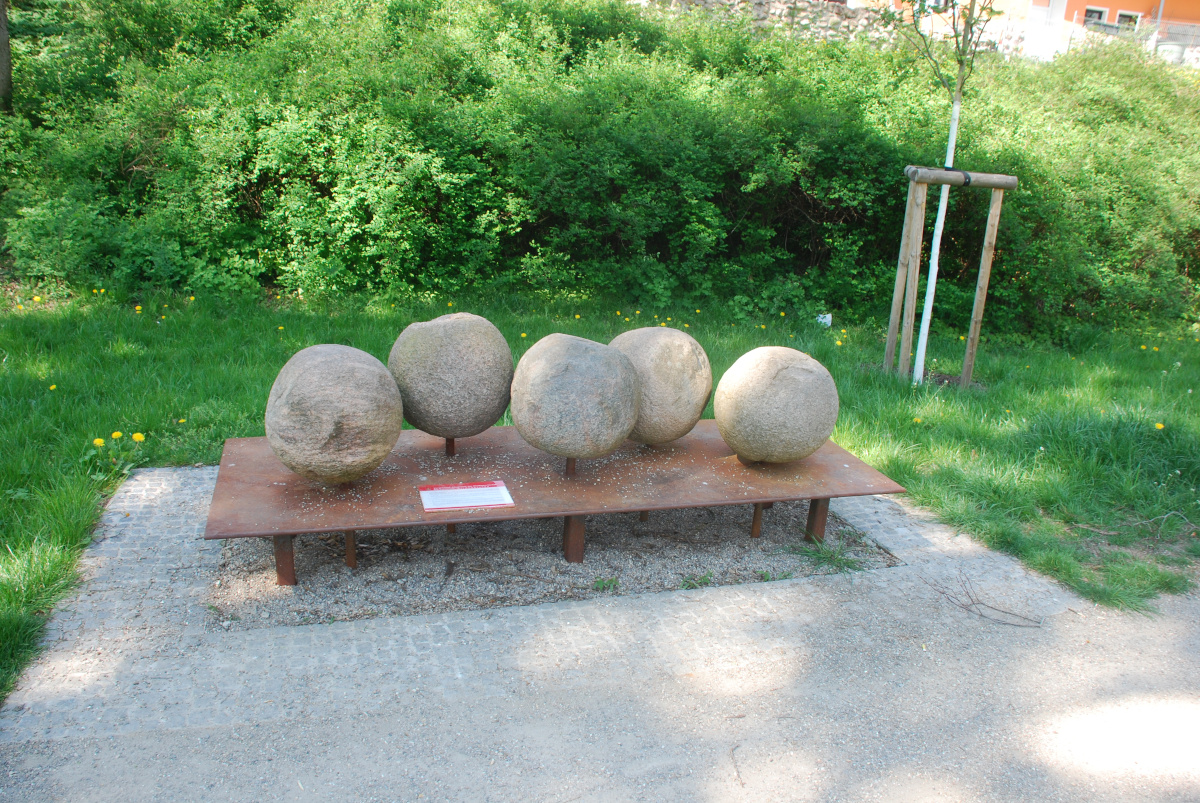 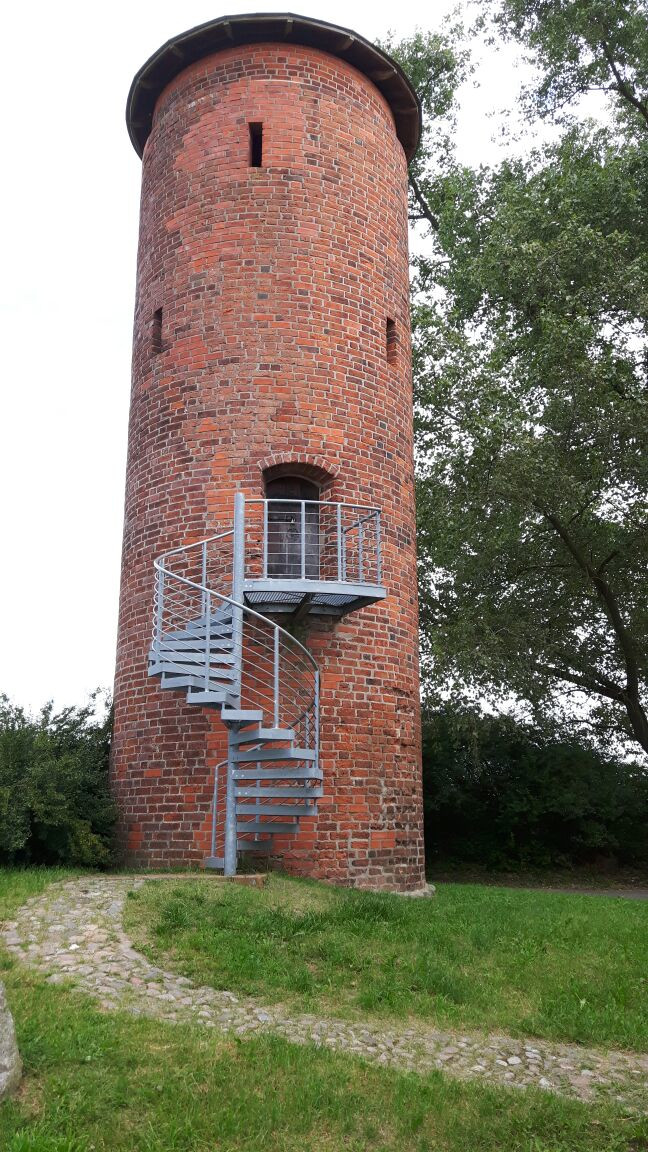