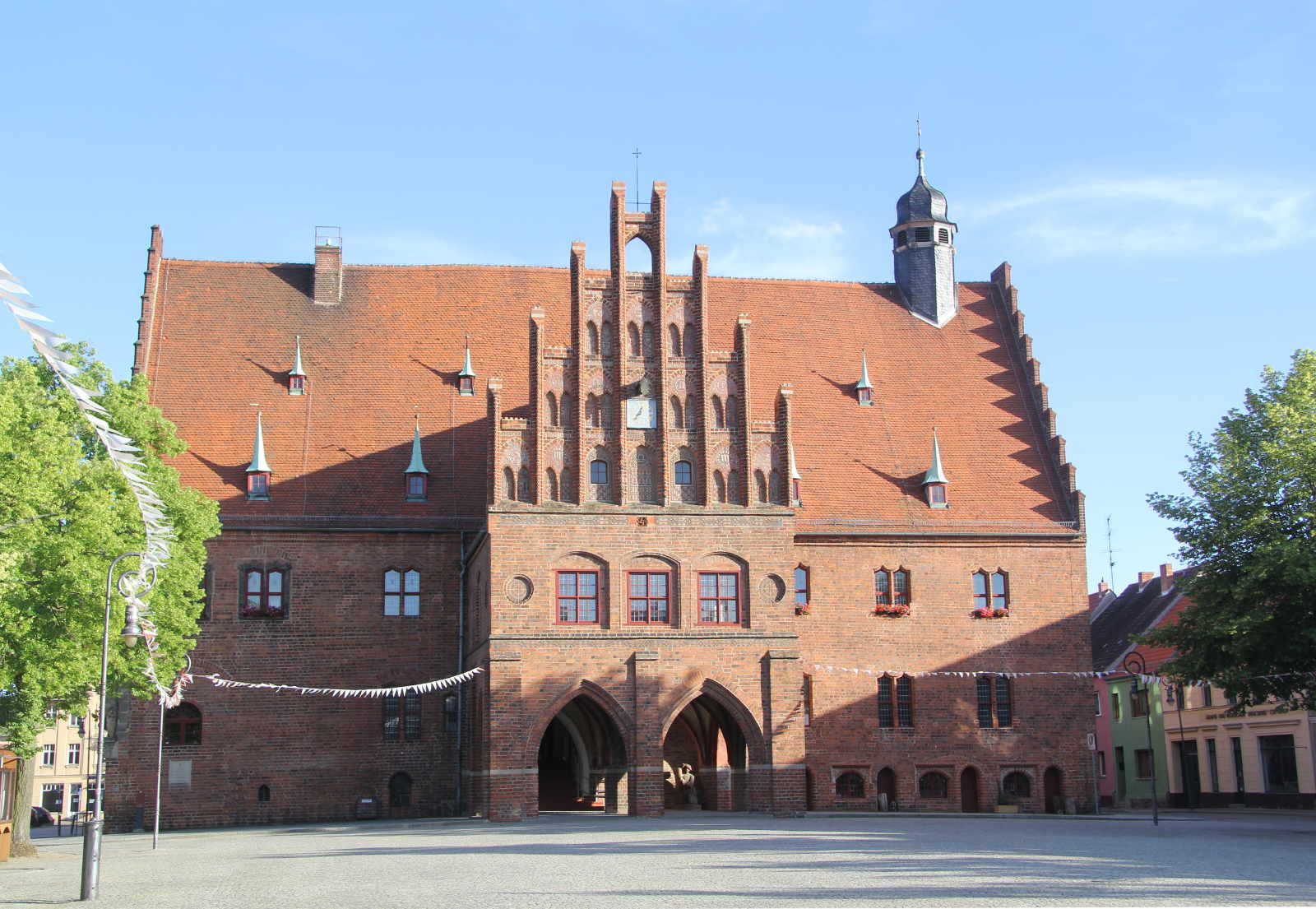 Located on the market square is the best-preserved medieval town hall in the Land of Brandenburg, serving as the seat of the city administration to this day.
The building, which was already mentioned in 1285, received its monumental late Gothic appearance in the late 15th and early 16th century. While the striking court loggia shows forms of the Mark Brandenburg Brick Gothic, modern Saxon forms were adopted in the long building with the department store and ballroom. For the splendid council chamber, ashlars were also used.