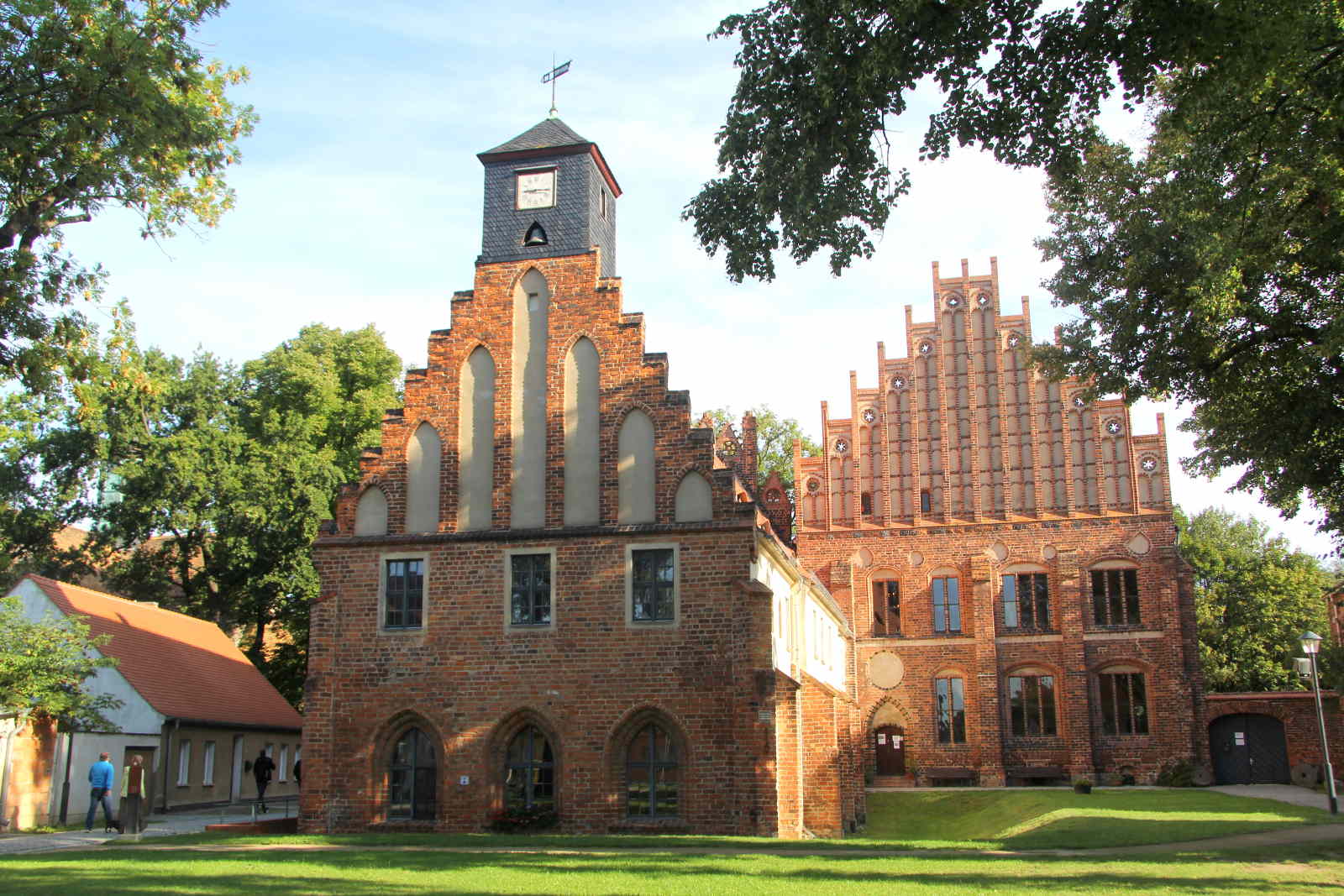 The former Cistercian monastery Zinna is only 3 km away from Jüterbog. It was founded in 1170 by the Archbishop of Magdeburg. The Late Romanesque fieldstone church is the oldest of its structures. The Brick Gothic style is evidenced by the Siechenhaus, an infirmary, built in the first half of the 14th century and also used as a hostel for guests, and by the Neue Abtei, or new abbey, built in 1433, which today is open to the public as a museum. Historically, important political meetings were also held in this magnificent late medieval palace building. The first printed book of the region, a Marian Psalter, was published in the monastery in 1492. The Archbishop of Magdeburg made several vain attempts to use the monastery as a bulwark of Catholicism and to restore the old order. The last abbot left the monastery in 1553.