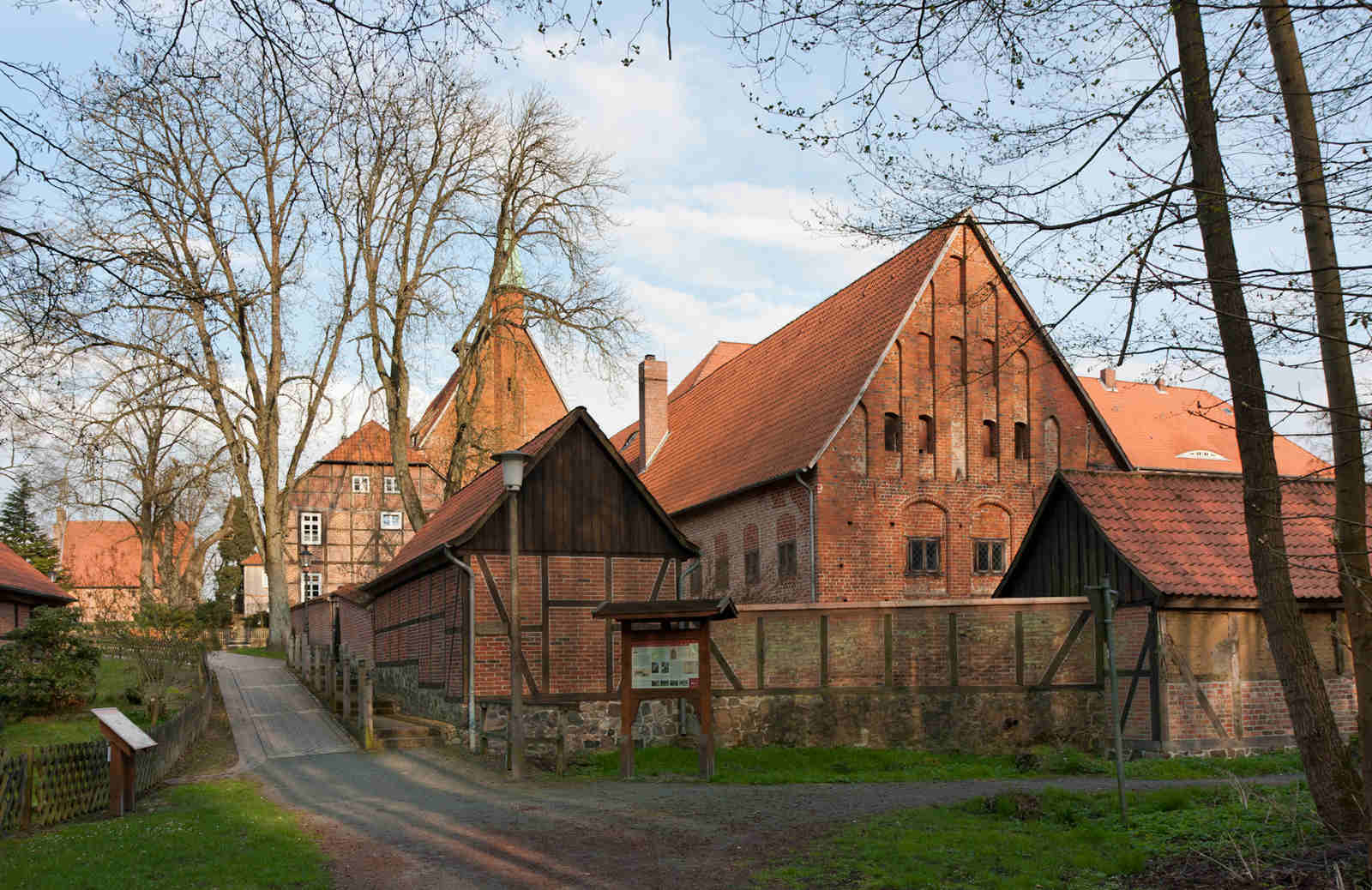 Duchess Agnes of Landsberg, a daughter-in-law of Henry the Lion, founded Isenhagen Abbey in 1243. At its present location, the Cistercian convent was built from 1345 onwards. At the beginning of the 18th century, the south and west wings were demolished and rebuilt as half-timbered structures in Baroque style.