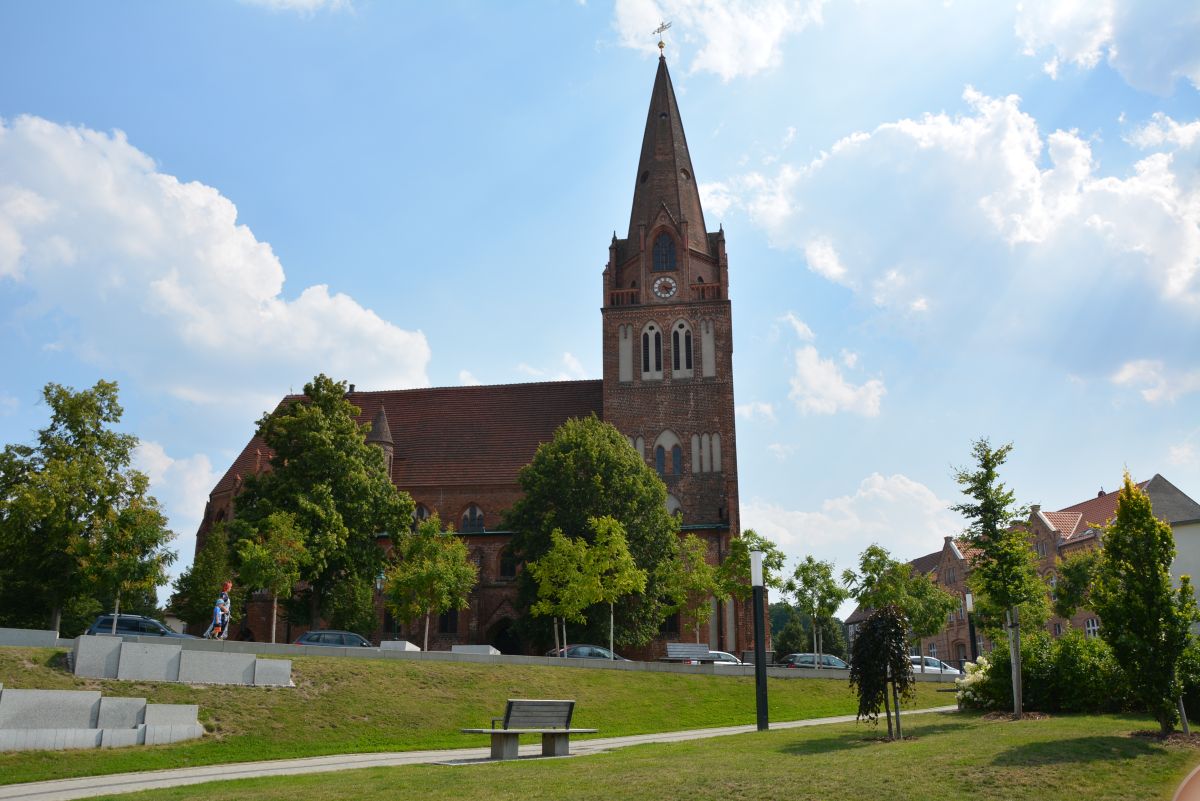 St. Mary Magdalene‘s Church (“Maria-Magdalenen-Kirche”) in Eberswalde is one of the most important high Gothic parish churches in Brandenburg. Influenced by the Cistercians of Chorin, it was built between 1285 and 1333 as a three-aisled basilica without transept. A unique feature is the figural decoration of the portals: highly detailed capital figures, fired from clay, that are partly very well preserved. They feature biblical scenes as well as animal and star symbols. Inside the church, wall paintings from the 16th century, two Gothic devotional figures and a valuable bronze baptism (around 1300) have been preserved. The magnificent Renaissance altar from 1606 impressively illustrates the Protestant confession of the congregation.