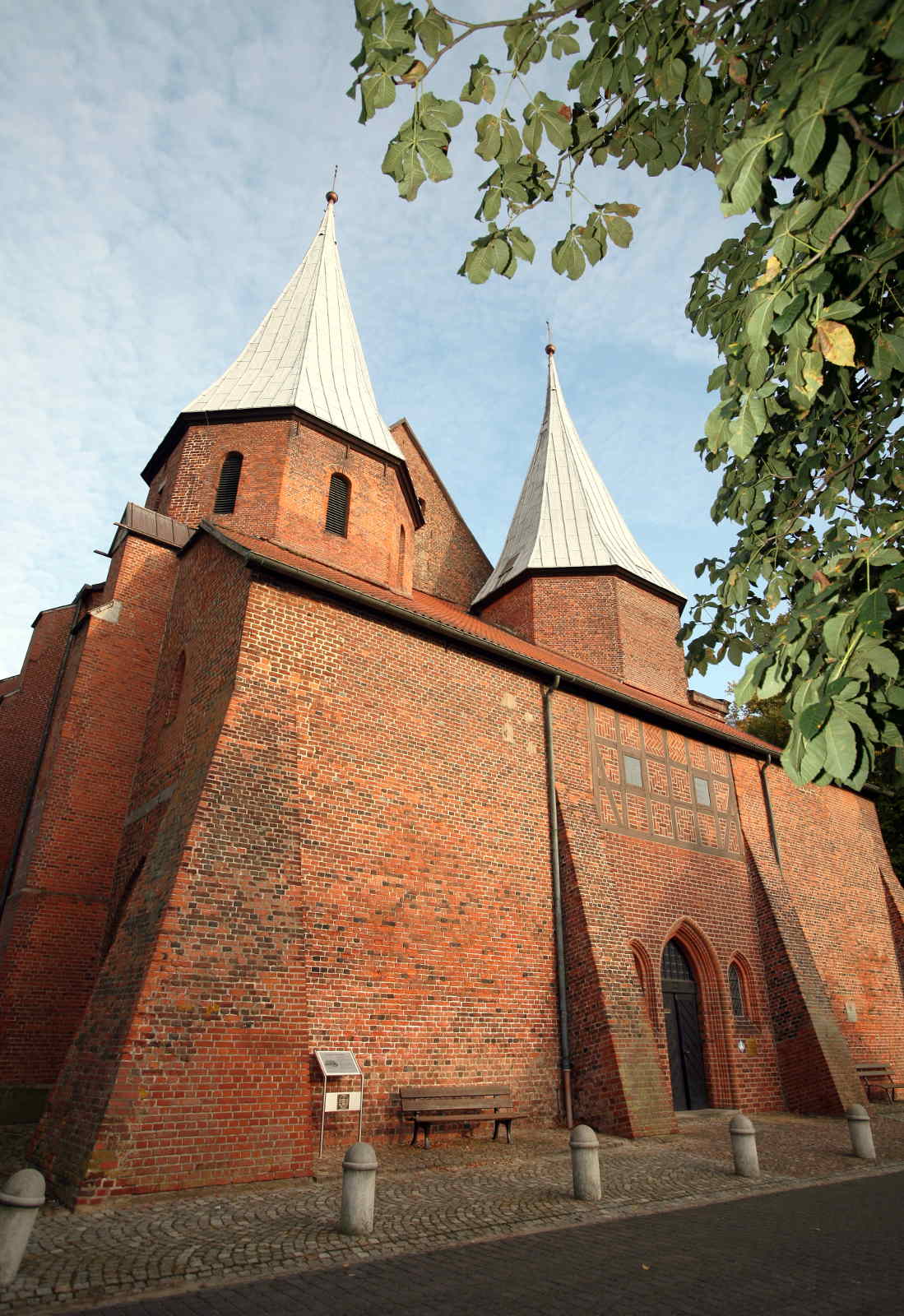 The Church of St. Peter and Paul (“Dom St. Peter und Paul”), collegiate church of the collegiate monastery of Bardowick, was first mentioned in 1146. The substructure of the towers is made of gypsum blocks and dates from the time after the destruction by Henry the Lion. Construction of today’s three-aisled brick hall church began at the end of the 14th century. Special furnishings include the baptismal font from 1367, the excellently preserved Gothic choir stalls from 1486/87 and the high altar from the 15th century. Above the south portal is an oak lion with a gilded lead mantle, in memory of Henry the Lion.