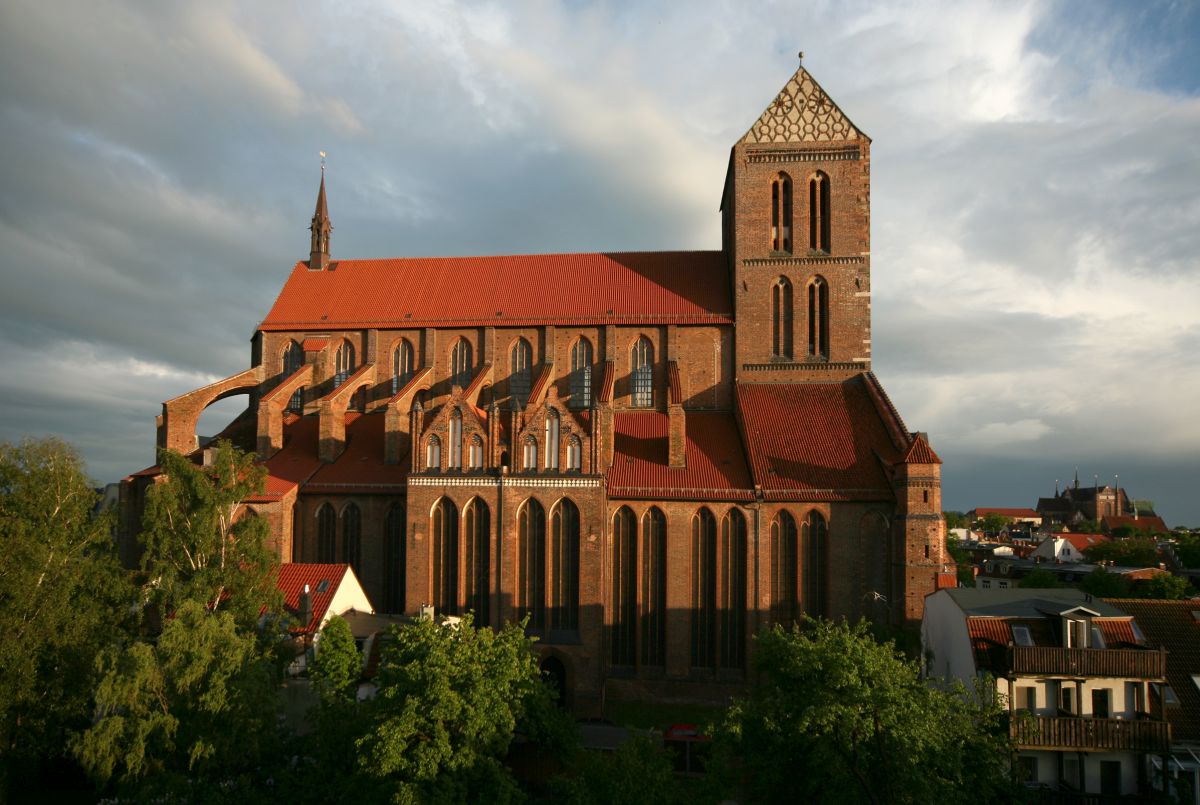 St. Nicholas’ Church (“St. Nikolai”) was built in the 14th and 15th centuries as a church for seafarers and fishermen and stands on one of the oldest artificial watercourses in Germany, the Frische Grube. St Nicholas’ Church is the only one of the three large city parish churches to have survived the Second World War intact.

At a height of 37 metres, the nave is almost as tall as Lübeck’s St. Mary’s Church. In fact, it is the second-highest nave in any Brick Gothic church. A special feature are the porches on the north and south sides, which resemble the arms of a transept. The extraordinarily richly decorated southern gable, with its abundance of glazed figurative shaped bricks, is a unique feature of brick architecture.

Of the medieval furnishings of St. Nicholas’ Church, the granite baptismal font dating from the late 13th century and the naval altar made at the beginning of the 16th century have survived. However, the interior is characterised by its fully preserved baroque furnishings.