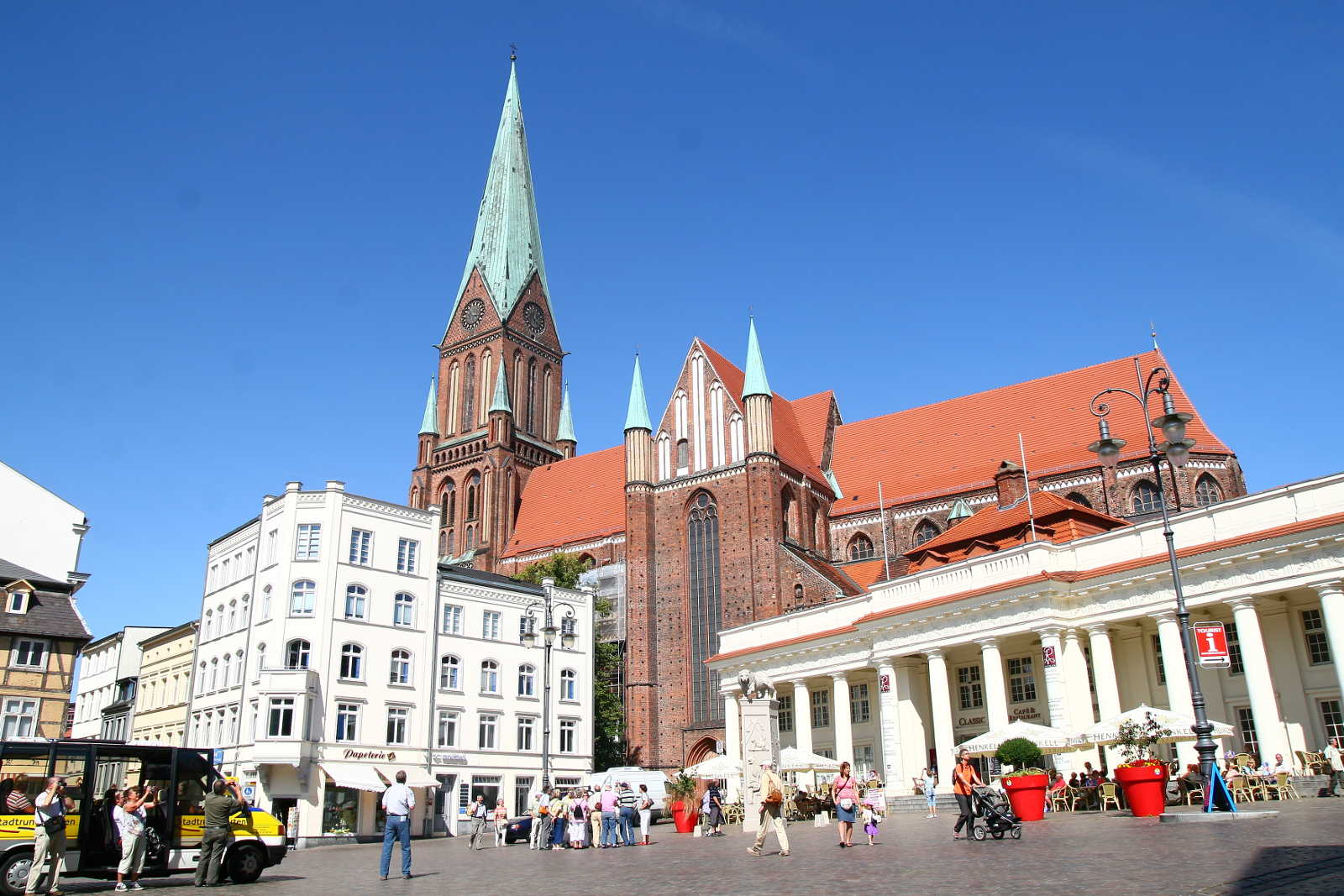 Schwerin Cathedral (“Schweriner Dom”) is one of the most important buildings of the North German Brick Gothic style. The 105-metre-long cathedral was begun around 1300 and completed in 1416. This large three-aisled brick basilica with a transept and apsidal chapels is one of the most famous brick churches of the High Gothic period. The remains of medieval wall paintings and stained-glass windows are well worth seeing, as are the winged retable from 1495, a bronze baptismal font from 1325 and the Flemish brass tomb slabs from the 14th century. Every year, organists from all over the world come and give recitals on the Ladegast organ with its 5,100 pewter pipes. The West Tower, completed in 1892 to replace of the old tower, measures 117.5 metres and is the tallest in Mecklenburg-Vorpommern.