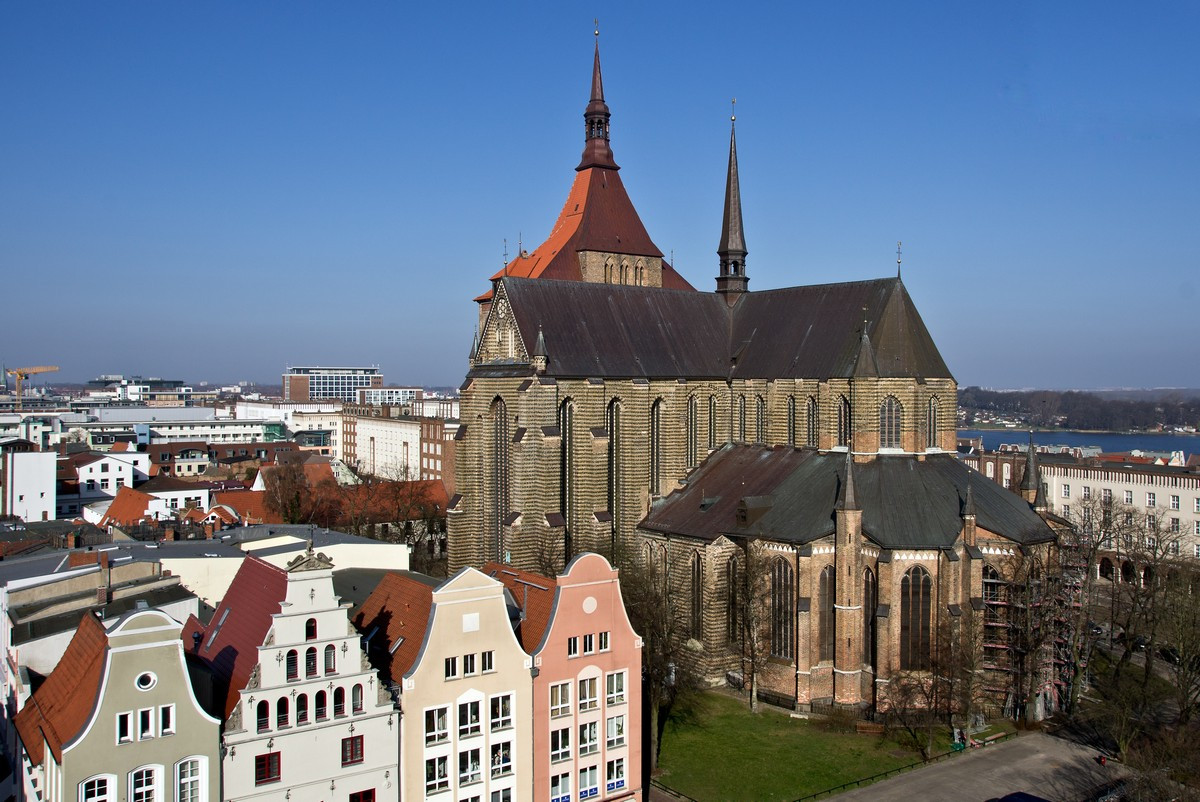 For centuries, the mighty edifice of the St. Mary’s Church (“St. Marien”) has dominated Rostock’s market square and the town’s silhouette. It is a testimony and monument to the history of the city and its importance during the heyday of urban development in the Middle Ages. Its present-day form is the result of several construction phases. They reflect the typical stylistic changes and growing ambitions in urban religious architecture in the southern Baltic Sea area from the 13th to the 15th century.

The astronomical clock from 1472 by Hans Düringer, a clockmaker from Nuremberg, still works with its clockwork from the time it was built. The late Gothic parts include the ring with the signs of the zodiac in the lower part, the reliefs of four wise men of the ancient world and in the upper part the clock face with moon phases and symbols of the evangelists. 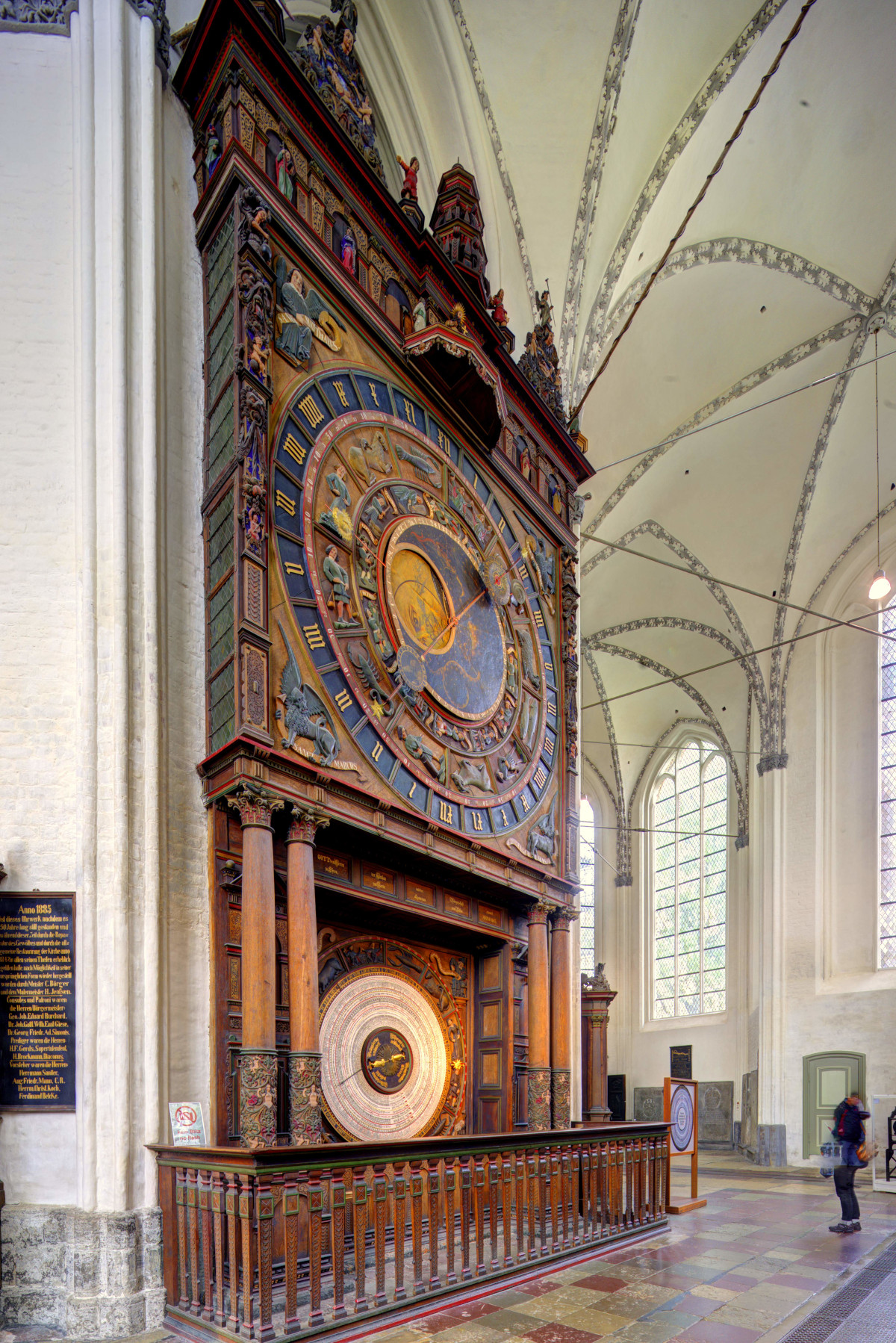 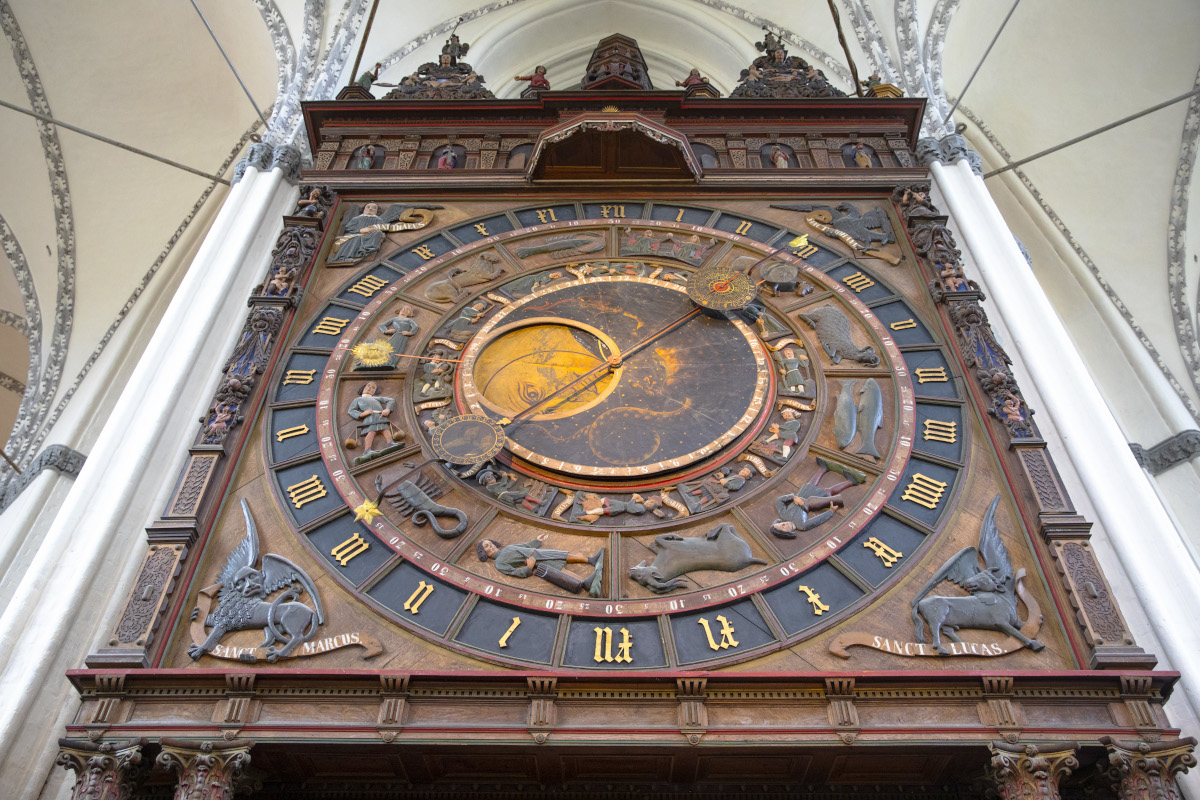 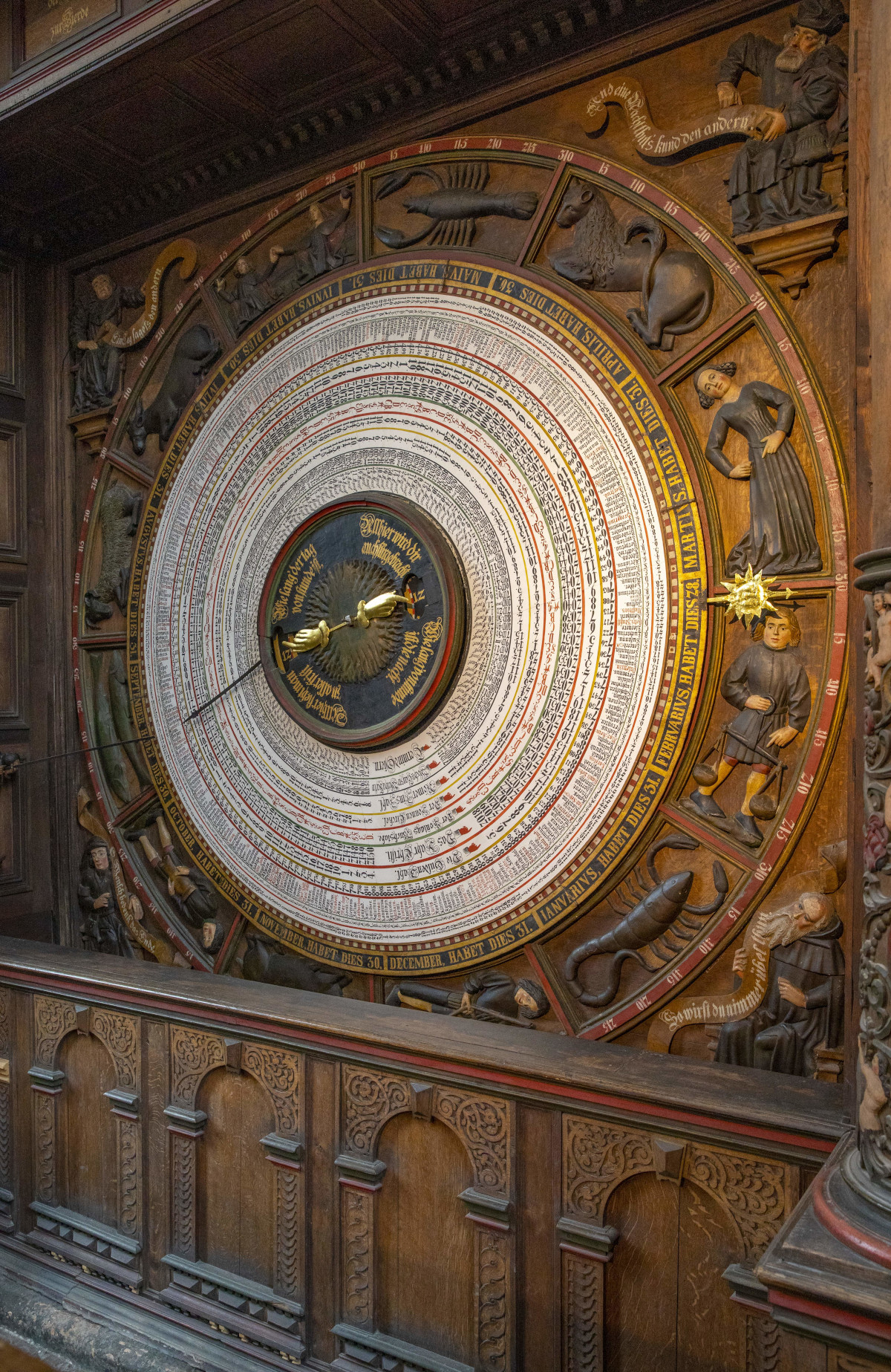 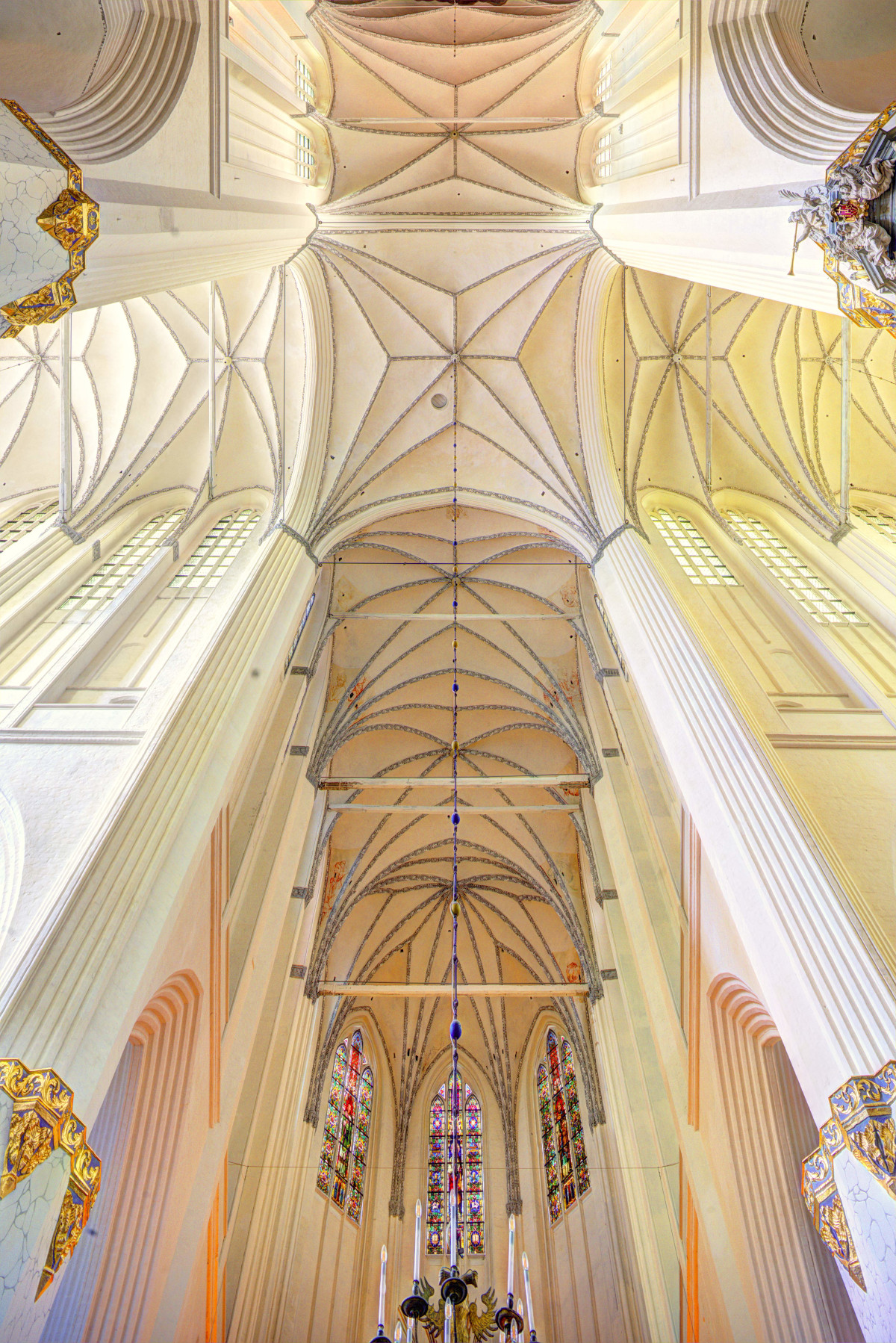 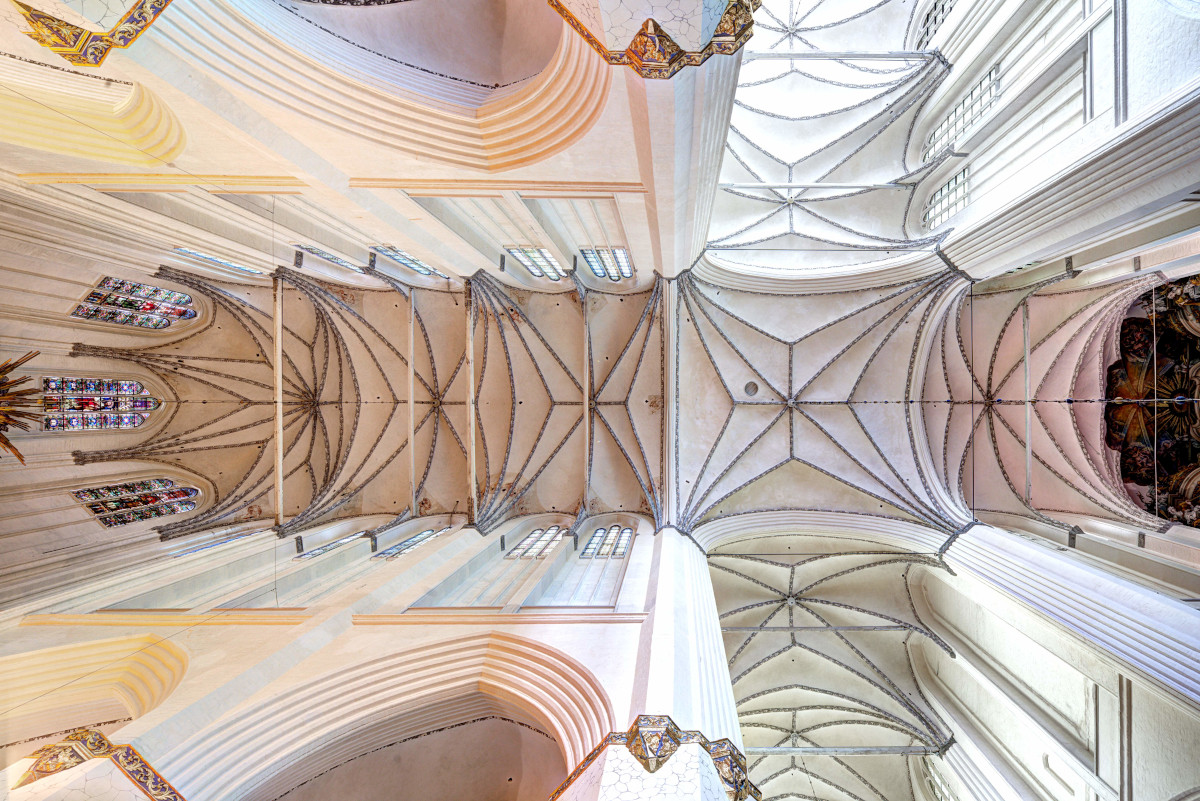 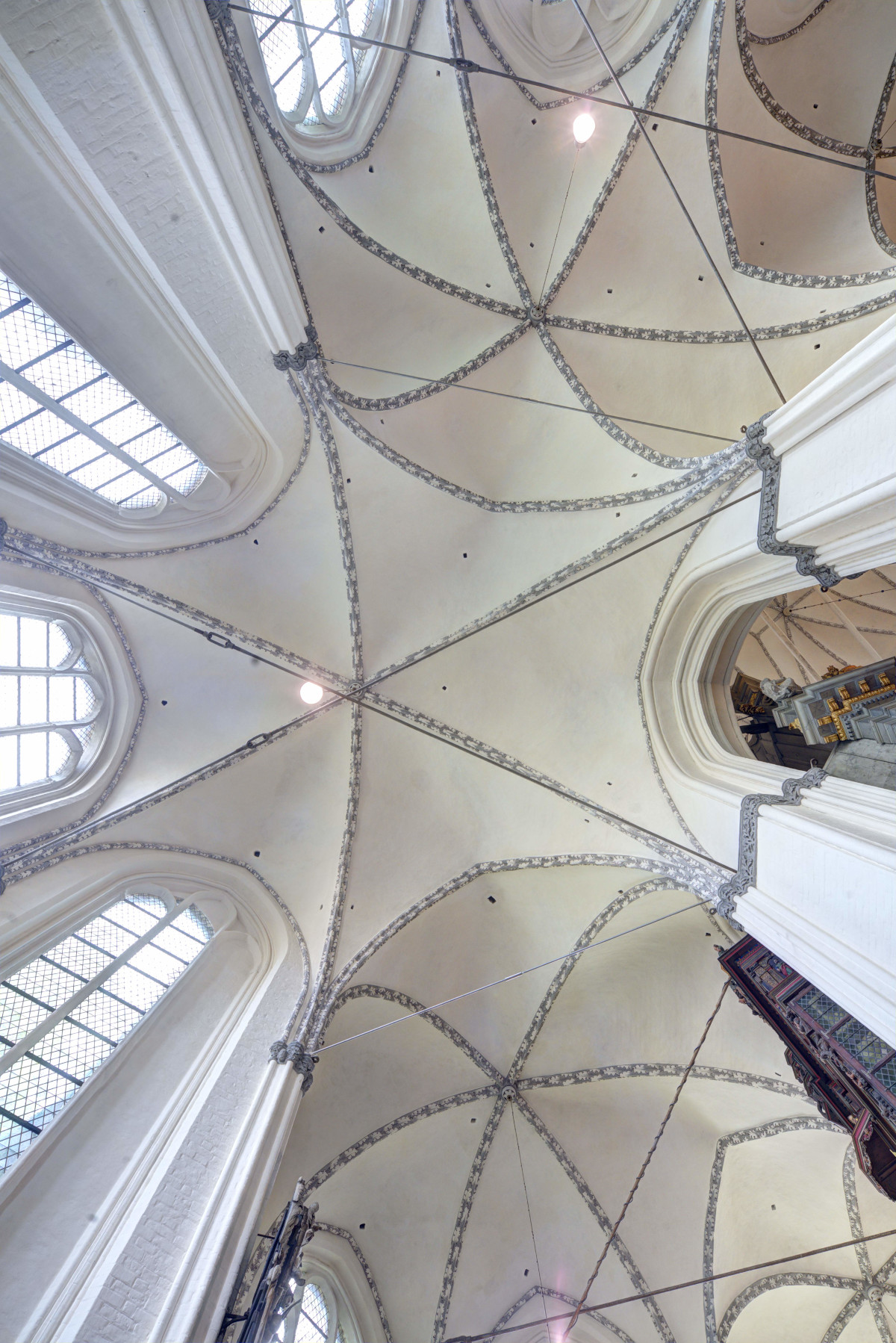 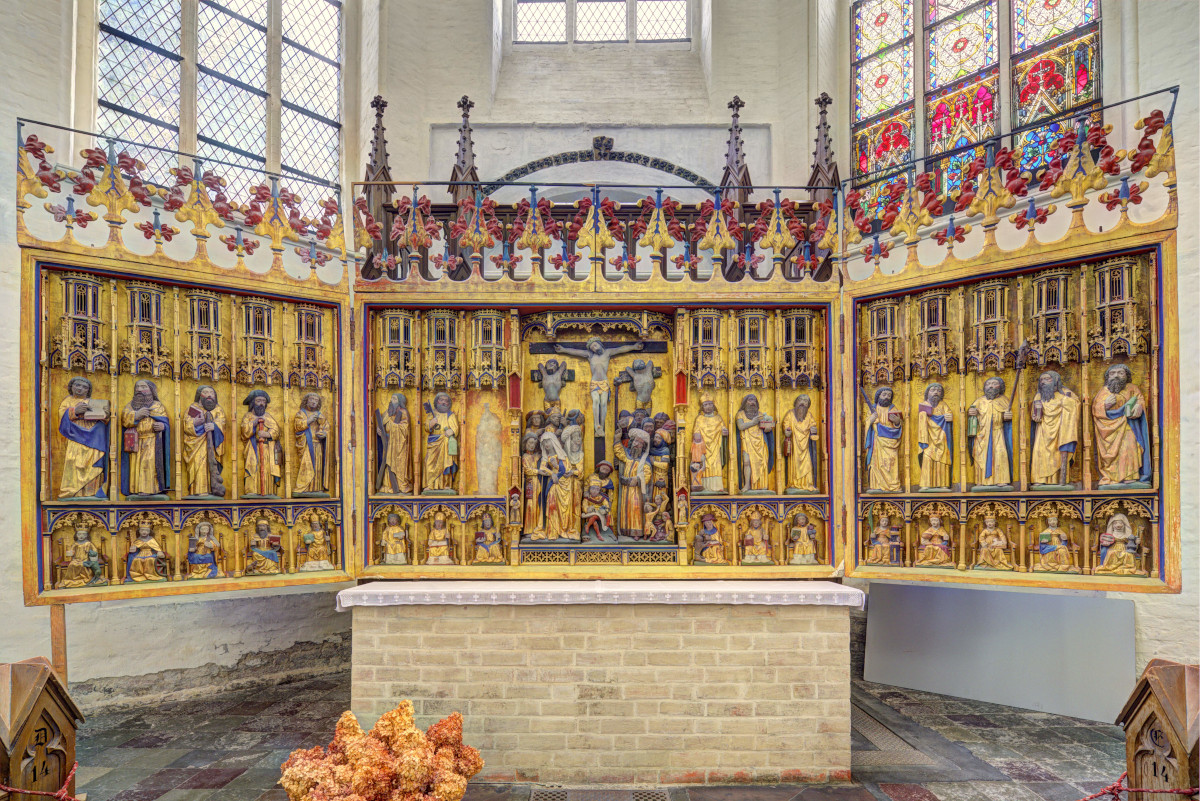 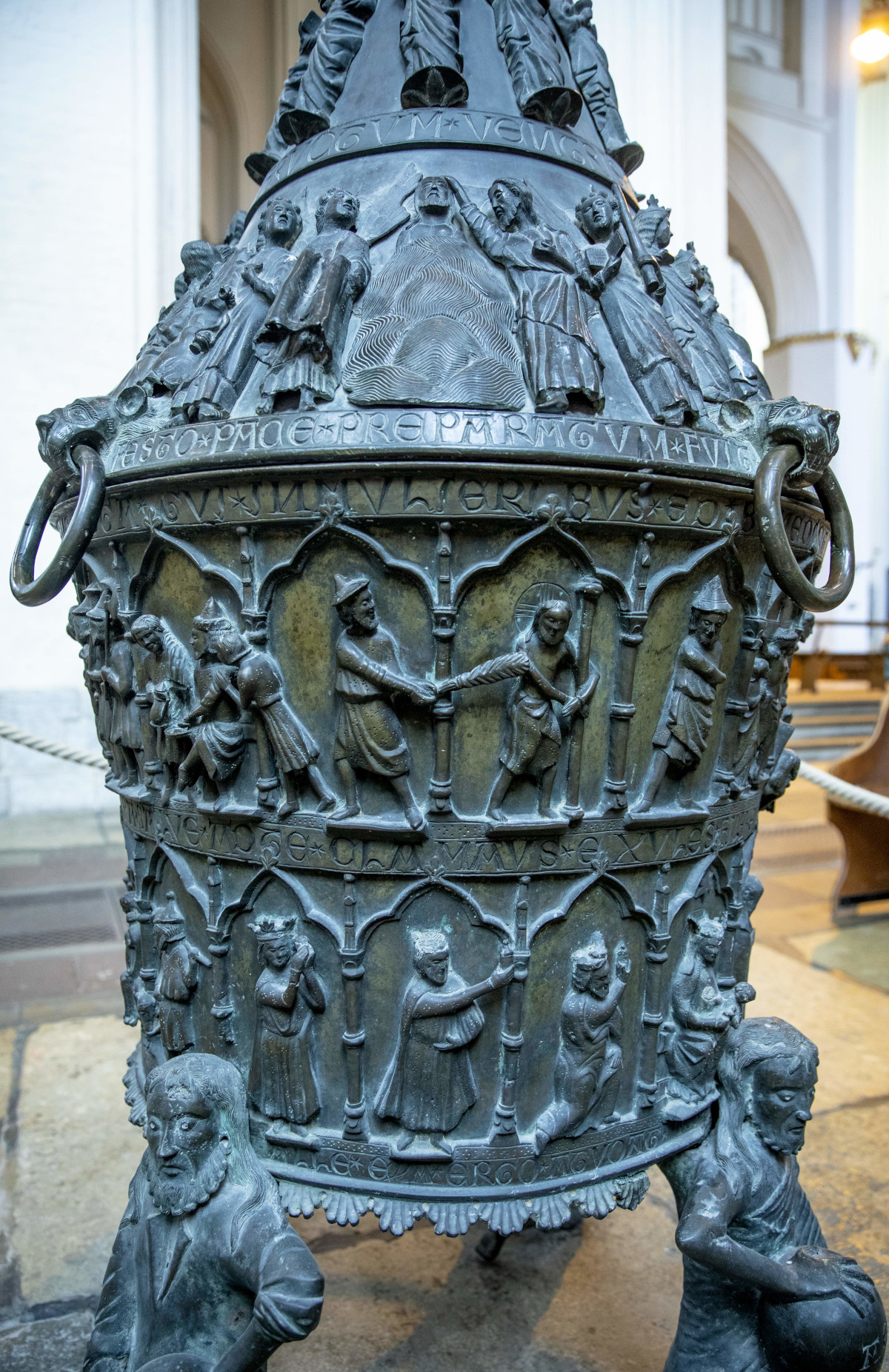 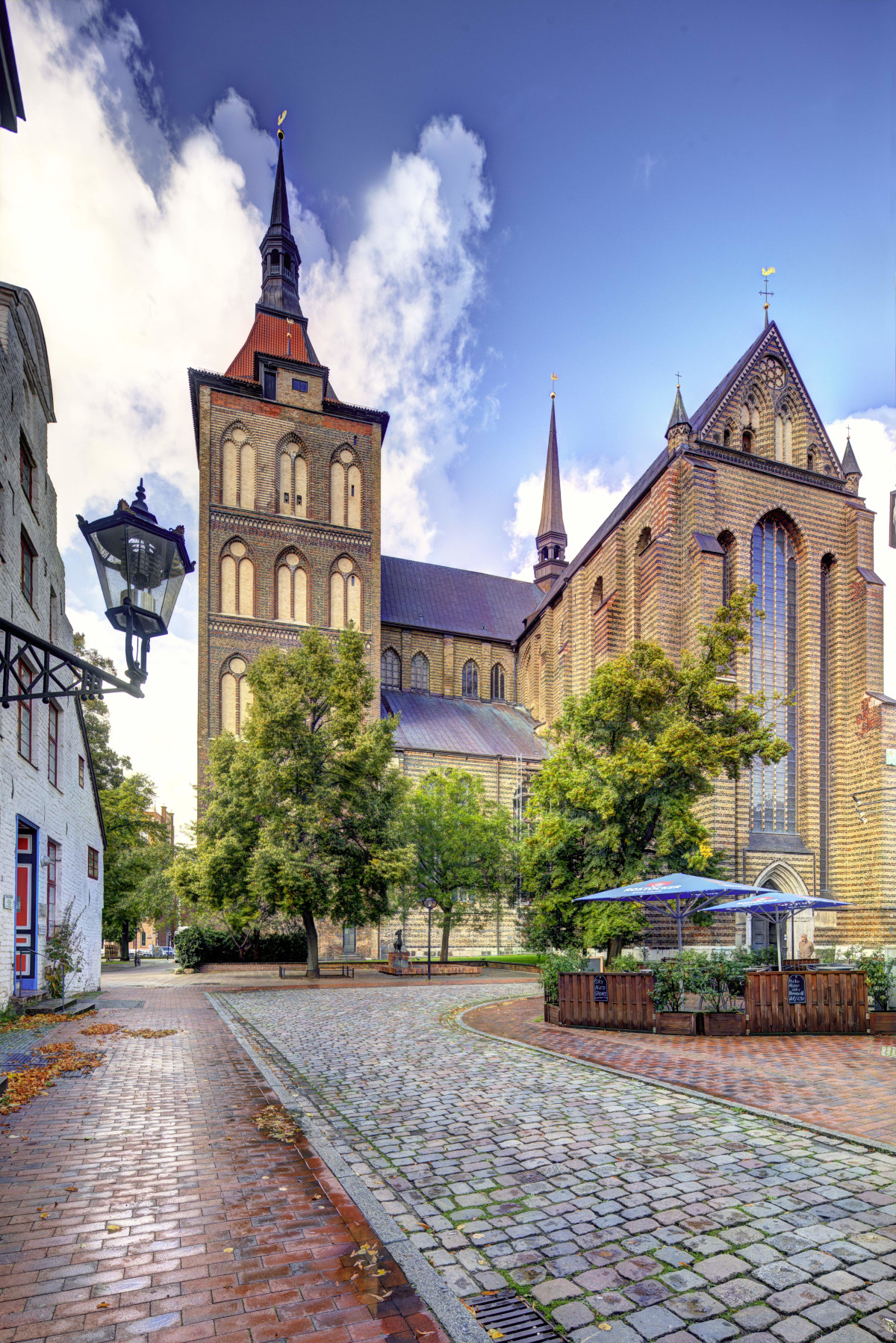 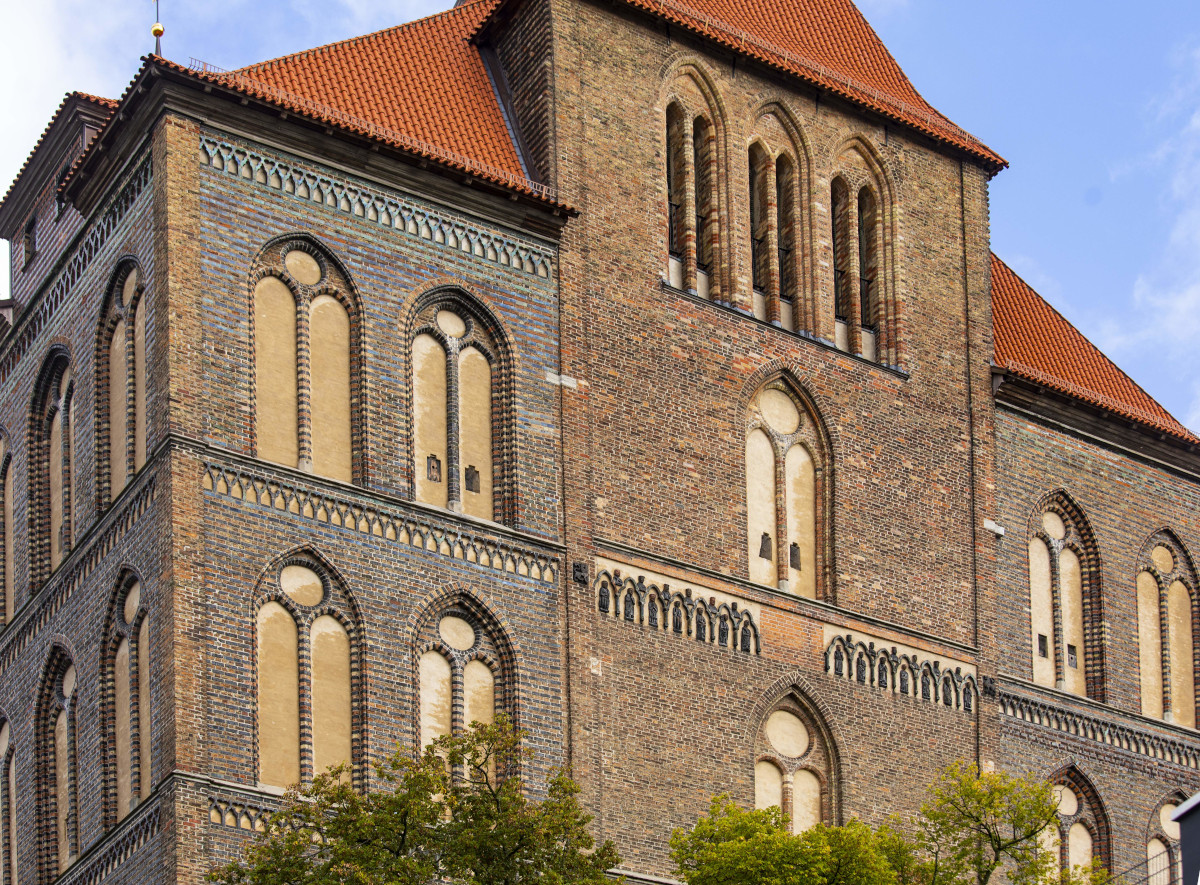