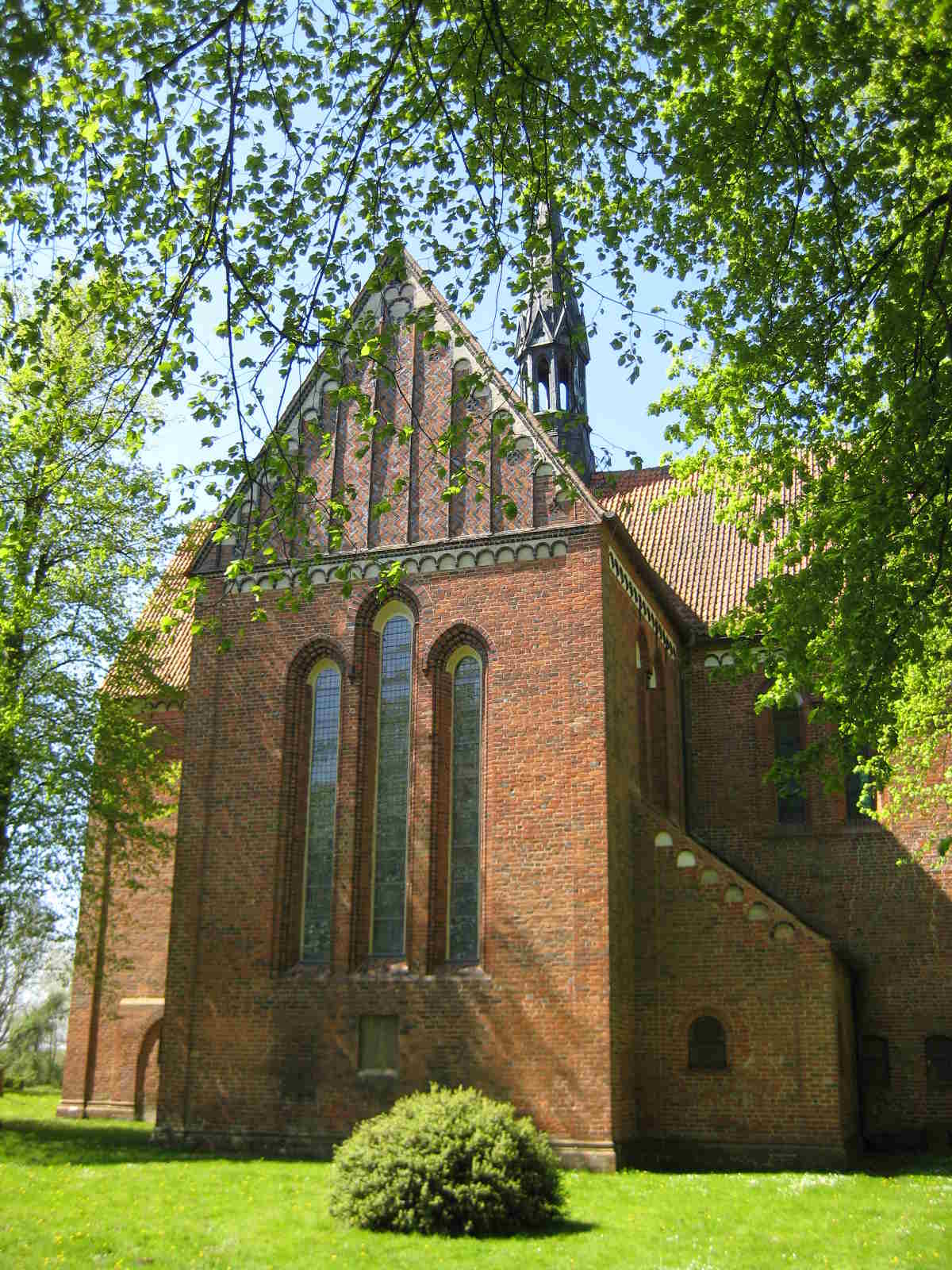 St. Mary’s Church (“St. Maria”) of the Sonnenkamp convent dates back to the 13th century; construction began around 1235. The church is excellently preserved, furnished with impressive works of art and a monument of national importance.
The meticulously designed windows, made around 1250, are among the oldest stained-glass windows in Northern Germany. In addition to the famous polychrome windows, there are also some spectacular patterns in Cistercian grisaille technique. The glass panels have had an eventful life: several times they have swapped places, including life-size representations of apostles and saints, they survived the war in a cellar and then an acid bath, only to shine again in their former splendour since 1995 in an arrangement from 1950/51. The chancel shows five figures: St. Catherine, St. Magdalene, the apostles Matthias and Matthew as well as Elizabeth, who was canonized in 1235, making this one of her oldest representations.

Of the former monastic complex, parts of the cloister can still be seen. The present park was once the monastic garden. Starting from the courtyard, you can take a walk past a high ropes course and a natural spring that has been bubbling out of the Sonnenberg down to the nearby lake, the Neuklostersee, for centuries.