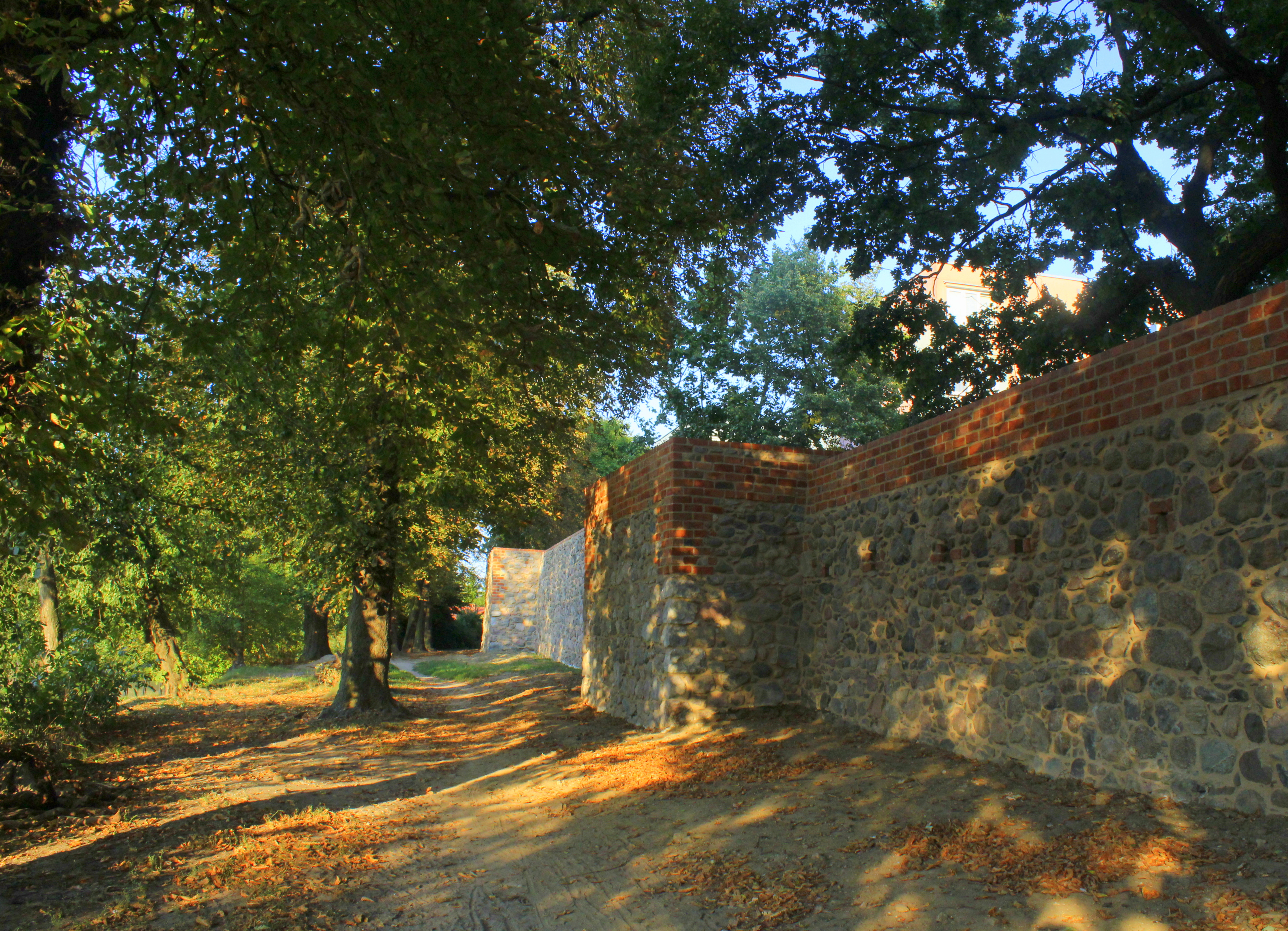 Immediately after its foundation, the town was protected by a town wall made of field stone and partly of brick, and reinforced by square and round bastions. Three gates gave access to the town. The Nowogród and Pyrzyce Gates, the Powder Tower and the eastern and western sections of the wall still remain from the former fortifications.

Near the Nowogródzka Gate is the former St. Gertrude’s Chapel, dating from the 15th century, which was once a hospital chapel and has now become a training centre for the visual arts.

Just outside the old town wall is the late Gothic Jerusalem Chapel from the beginning of the 16th century, one of the few remaining examples of this type of religious building in the historical region of the Mark Brandenburg. It marked the end of a Stations of the Cross which started at the Chapel of the Holy Spirit.