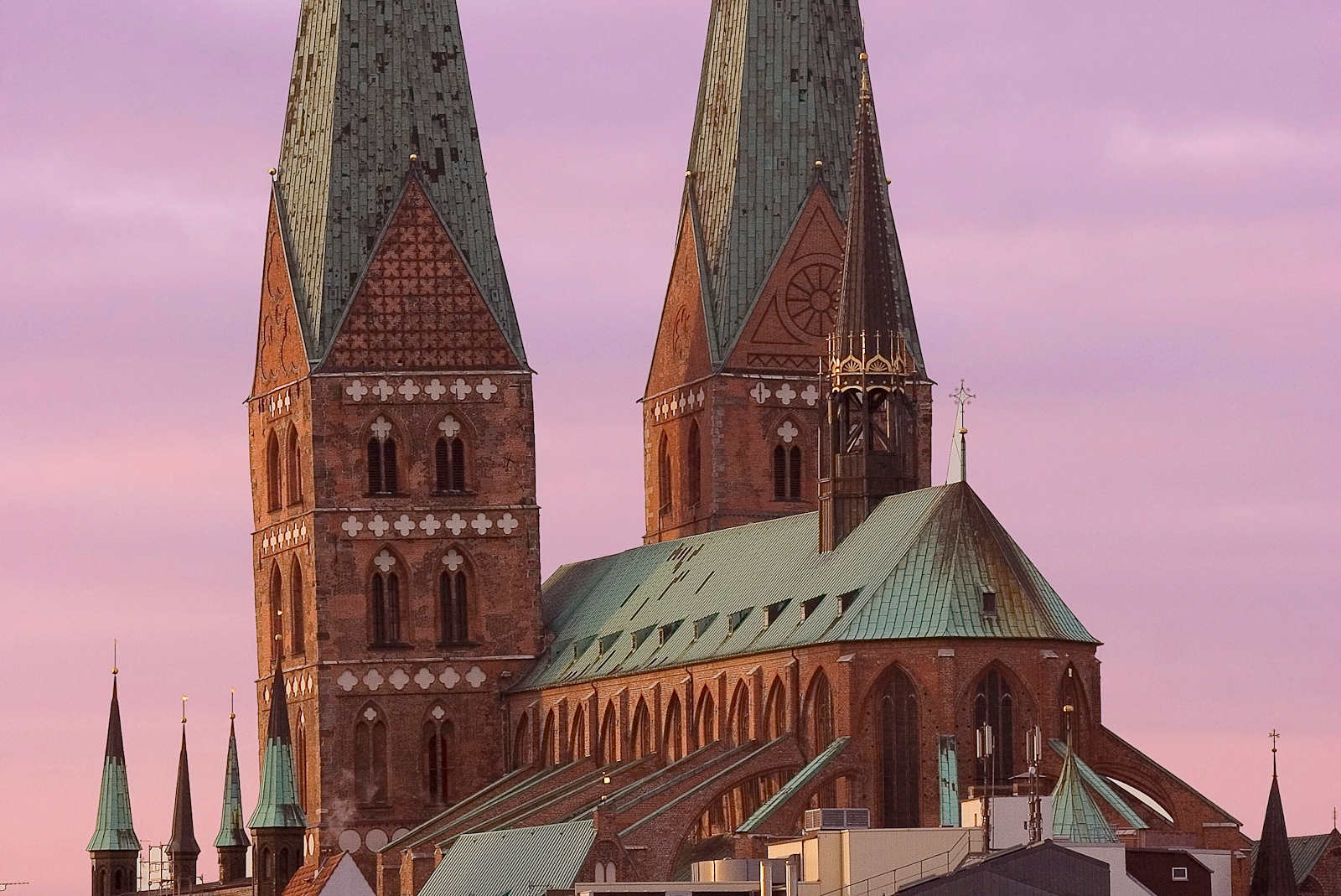 St. Mary’s Church (“St. Marien”) can confidently be called the mother church of Brick Gothic. Its construction is closely connected to the development of Lübeck and remains an exceptional architectural feat even today. The successor to a Romanesque market church and basilica, its thorough and ground-breaking conversion into a Gothic cathedral began in 1251. The result was a High Gothic basilica of enormous dimensions. St. Mary’s has the highest brick vault in the world at 38.5 metres. Its two towers are about 125 metres high.

There are 18 chapels of various designs attached to the two nave aisles. These include a memorial chapel with broken bells, the Chapel of Indulgences (renamed “Briefkapelle”) with its elaborate star vault and pillars made of Bornholm granite, and the Lady Chapel (“Marientidenkapelle”) with its magnificent gilded carved altar from the late Gothic period, made in Antwerp.

The Reformation, which took hold of Lübeck around 1531, brought changes to the interior of the church. Its most visible sign was the new pulpit from 1534, with its elaborate reliefs. Besides this, the walls were whitewashed and a number of splendidly designed epitaphs of senior Lübeck citizens were placed on the pillars of the naves.

On Palm Sunday 1942, an Allied air raid seriously damaged this church, as well as St. Peter’s. The fire caused most of the plaster to flake off the walls and the original medieval paintings were exposed.

After the war the church was secured and restored. The astronomical clock from the 16th century was replicated and the Brabender reliefs were restored. The stained-glass windows in the Chapel of the Dance of Death (“Totentanzkapelle”) were replaced as well. Today’s windows are reminiscent of the original artwork, Lübeck’s Dance of Death (“Lübecker Totentanz”).