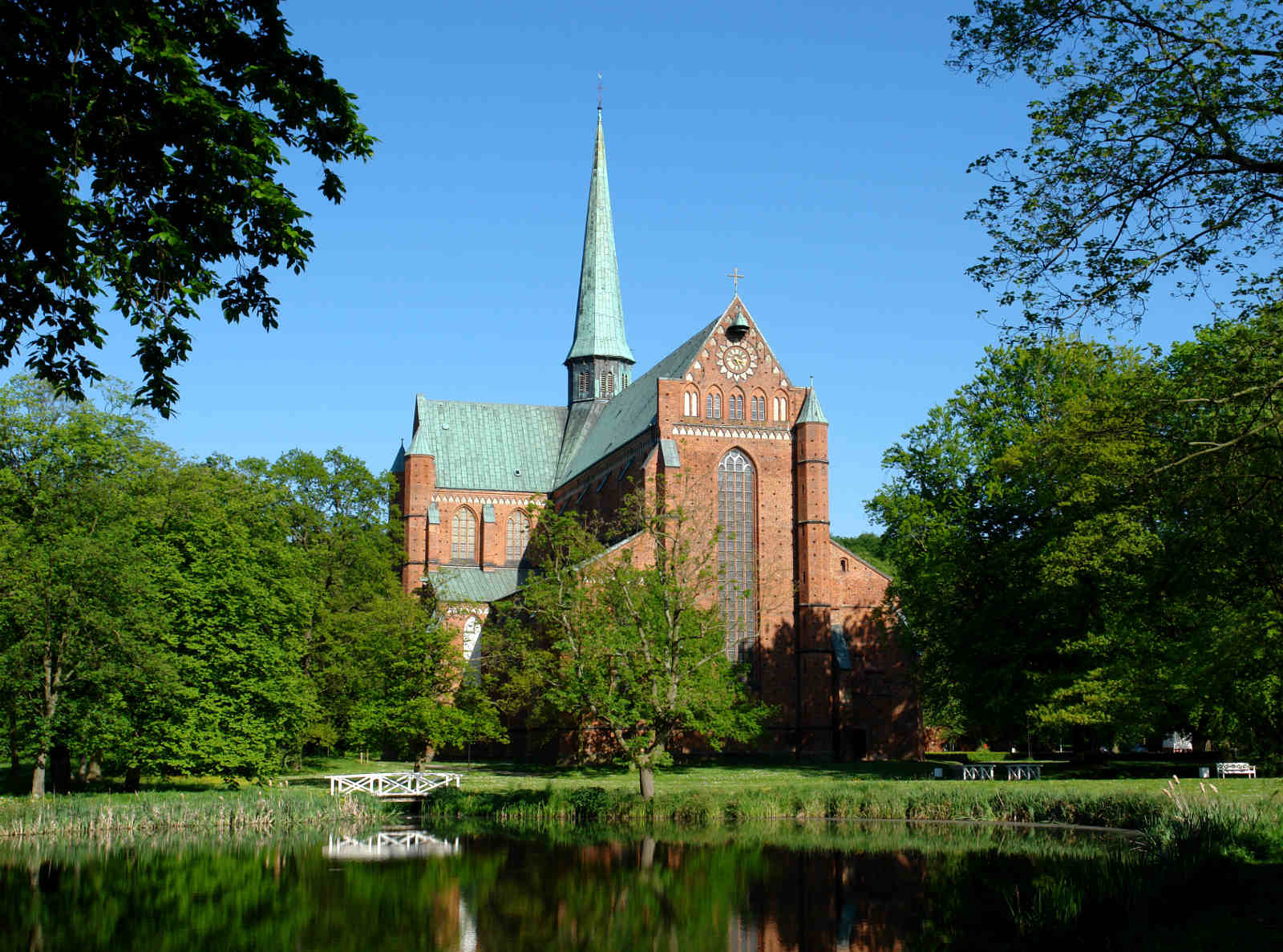 The Doberan Minster, a true gem of North German Brick Gothic architecture, impresses and fascinates with an almost completely preserved medieval interior. The High Gothic Minster is the church of the former Cistercian monastery built in the late 13th century. It is one of the most important brick churches in the Baltic Sea region. The rich furnishings include the high altar, the upper part of which goes back to around 1310 and is one of the oldest winged altars in the history of art. Subsequent to the Reformation in Mecklenburg, the monastery was dissolved in 1552. The church survived as the burial place of the sovereign’s family and as the parish church of the Protestant-Lutheran parish. Today a rich ecclesiastical and cultural life takes place in the minster with regular church services, devotions, concerts and themed tours.

Alongside the cathedral, several other parts of the medieval monastery buildings have been preserved: the charnel house, the baking house mill (“Wirtschaftsgebäude”), the granary, parts of the bailiwick probably in the stallion stable (“Hengstenstall”), the monastery wall with remains of the gates, the ruins of the “Wollscheune” (wool barn, also known as the wolf barn) and a remnant of the wall of the eastern wing of the cloister.

Only a stone’s throw away from the Minster, at the west gate of the monastery grounds, is the villa of master builder Gotthilf Ludwig Möckel. It was built in the neo-Gothic style at the end of the 19th century, Möckel was responsible for the restoration of the Doberan Minster. The brick building today houses the Stadt- und Bädermuseum, which, in addition to an exhibition on the history of the town itself and its history as a seaside resort, also presents changing special exhibitions and is used as a registry office.

Further evidence of Brick Gothic can be found not only on the former monastery grounds, but also in the shape of small chapels in the districts of Althof and Heiligendamm. In these cases, the buildings are in neo-Gothic style according to the plans of G. L. Möckel.