post-title How they made cathedrals out of bricks

How they made cathedrals out of bricks 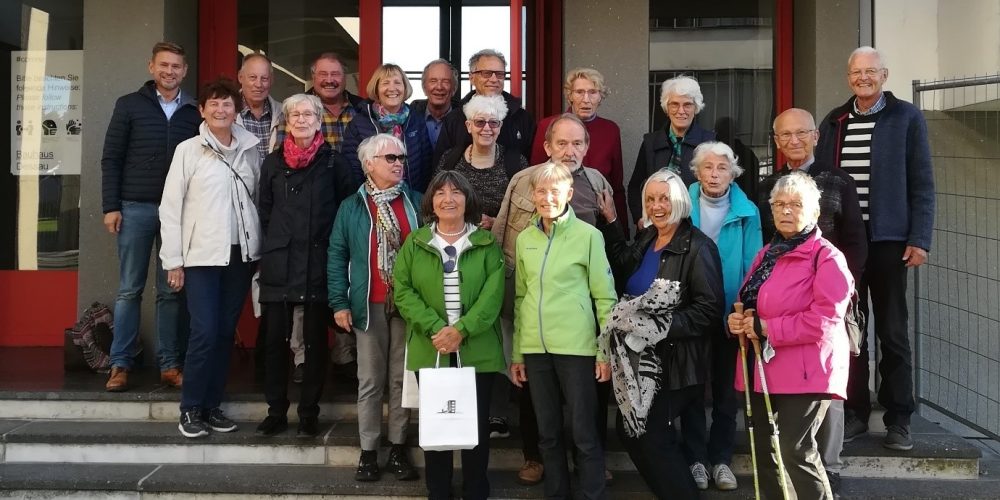 We would like to take this opportunity to thank you for the lovely guidebooks you sent us. The members of our travel group were very pleased with them. In future, we hope to be able to interest more groups in the Brick Gothic. I am sending you a short travel report by our Univentra group leader to give you some information on our trip:

Where natural stone is scarce, medieval builders developed a special Gothic building style, the Brick Gothic. Based on the rediscovered tradition of fired bricks, this development is closely linked to the history of the Hanseatic League. Strong economic ties also led to intensive cultural exchange with other countries. Around the middle of the 13th century, the French/Flemish style for building representative cathedral basilicas was adopted and, due to the lack of natural stone resources, a specific form of this Gothic style emerged, the Brick Gothic. St. Mary’s Church in Lübeck set the standard for this architectural type, and many of the basilicas in the Baltic region followed its example.

It was therefore only logical that the 19 members of Ecumenical Educational Association’s travel group should first visit Lübeck. In Hanseatic times, Lübeck provided a model for many other Hanseatic cities, not only in its architectural style but also in terms of its legal system, the Lübeck Law. Contemporaries called Lübeck the queen of the Hanseatic cities. Tour guide Martin Deppe from Dresden, who had joined the group in Lübeck, gave an introduction to its history on a walking tour in the morning. During our visit to St. Mary’s Church and the Cathedral, he highlighted the special features and characteristics of Brick Gothic architecture. He also drew our attention to some building sins that were committed when the heavily hit old town was reconstructed after the war, as well as to some that are still being committed today. As a result, the old town appears as a patchwork of medieval brick architecture, modernist buildings from the post-war period and postmodern all-purpose buildings of more recent times.

Having taken in all this urban architecture, we travelled on to Wismar, the next major stop on our tour. A visit to Bothmer Castle and its landscaped park gave us a welcome break. This jewel of baroque brick architecture was built in the style of an English country manor by Hans Caspar von Bothmer, a chief diplomat and advisor to the King George II and the first resident of 10 Downing Street. After years of vacancy and decay, the state of Mecklenburg-Vorpommern acquired and lavishly restored Bothmer Castle, making this extraordinary country estate with its distinguished splendour accessible to the public.

The morning of the third day was dedicated to a visit to the Hanseatic town of Wismar. The old town had also been badly destroyed during the war, and its cautious reconstruction had taken place only after the fall of communism. Wherever possible, old buildings were restored and gaps were filled with new structures to create a harmonious townscape, giving an impression of the former beauty of the city. Of the three large main churches, only St. Nicolas’ Church survived the war unscathed, as did its baroque interior. The only remaining part of St. Mary’s Church is its 80-metre-high tower. The GDR government did not blow it up, unlike its war-damaged nave, because it is listed as a prominent landmark on international nautical charts. The badly damaged St. George’s Church was also neglected after the war and deteriorated further until German reunification. As one of its first funding projects, the German Foundation for Monument Protection secured and restored the exterior of the church. Today, the empty and unadorned interior is an impressive example of Brick Gothic architecture. The imposing dimensions of its nave and aisles and the clear lines of its pillars and vaults never fail to impress its visitors.

The afternoon was dedicated to the sculptor Ernst Barlach (1870 – 1938) in nearby Güstrow. A very knowledgeable guide introduced us to Barlach’s many sculptures on display in St. Gertrude’s Chapel, a former cemetery chapel. In the Cathedral, which is also Brick Gothic, we could marvel at his “Schwebender Engel”, a large bronze angel floating above the baptismal font. We concluded this memorable detour to Güstrow with a short walk through town back to the coach park.

After some rain the previous day, bright sunshine welcomed us on our next leg towards Stralsund, and the weather was to remain beautiful for the rest of the whole trip. In Kühlungsborn, one of the oldest seaside resorts in Mecklenburg, the programme offered another treat: a ride on “Molli”, one of the oldest narrow-gauge railways in the world. It has connected the towns of Kühlungsborn and Bad Doberan since 1886. A popular tourist attraction in our times, it still serves as public transport for the locals all year round. Doberan Minster, built by the Cistercians in the 13th century, is considered the “gem of North German Brick Gothic”. Due to its short construction period of only 20 years, it is a stylistically consistent church that has hardly seen any changes in the past centuries. Its medieval interior has survived the changeable times of war, looting and secularisation almost undamaged and unaltered, including its colourful paintings.

On our onward journey to Stralsund, we made a short stop in Rostock. Martin Deppe once again explained to us how traditional brick architecture relates to modern times. GDR planners had also rebuilt the war-damaged old town in a historicising manner, this time according to socialist ideology. They created a wide parade route for large demonstrations, the Lange Straße, which is lined on both sides by a massive, multi-storey, almost continuous row of houses decorated with traditional brick elements and playful roof ornamentation. This urban planning attempt to take up the old and combine it with new ideas was just as unconvincing to us as the post-war hodgepodge in Lübeck.

But how differently the city of Stralsund welcomes its visitors! After reunification, the old town was lovingly restored and gaps were filled in a style to match. Towering above it all are the three great churches of St. Mary, St. Jacob and St. Nicholas, all executed in the most exquisite Brick Gothic. The Old Market Square is framed by St. Nicholas’ Church, the adjacent Town Hall with its filigree Gothic ornamental gable, and residential buildings from various periods and styles. It is this market in particular that bears witness to the prosperity of the former Hanseatic city on the Strelasund strait. In the afternoon, we took a detour to Greifswald. A walk through the medieval town centre and a visit to the Cathedral topped off our knowledge of the various architectural forms of the Brick Gothic. We were particularly impressed by the ruins of Eldena Monastery, glowing red in the evening sun. Caspar David Friedrich, a renowned painter and son of Greifswald, had often chosen these ruins as a subject for his romantic paintings.

After so much brick architecture, a trip to the island of Rügen the next day helped us to unwind again. But of course, this trip to Rügen was not just about enjoying nature. In the residential town of Putbus, Prince Malte not only had his castle built, but also a neoclassical court theatre, which, after extensive restoration, now shines again in its original splendour of 1826 and is open to visitors. In Bergen, the administrative centre of the island, we visited the Brick Gothic Church of St. Mary with its rich Baroque furnishings and took a lunch break in the bustling seaside resort of Binz. We also set a counterpoint to the medieval monuments by visiting the “Colossus of Prora”, a 4.5 km long building complex from the Nazi era, where up to 20,000 people were supposed to spend their Baltic Sea holidays at the same time. Today, attempts are being made to breathe new life into the dreary buildings with various uses ranging from a large youth hostel to luxury flats. Needless to say, we were also given the chance to take a look at the famous Königsstuhl chalk cliffs, which brought to mind Capar David Friedrich’s painting “Chalk Cliffs on Rügen”.

On the 7th day, it was time to say goodbye to the Baltic Sea. On our way back south, we visited some further sights and were able to take a look beyond the Brick Gothic toowards Modernism. The last highlights of the Brick Gothic were St. Mary’s Church in Prenzlau with its magnificent eastern façade, a unique example of Brick Gothic due to its sophisticated construction, and the Cistercian monastery of Chorin. This Early Gothic monastery complex fell into disrepair after secularisation until architect Friedrich Schinkel rediscovered it at the beginning of the 19th century. He arranged for it to be secured, preserved and restored. At the beginning of the 20th century, the brothers Max and Bruno Taut from Berlin held meetings there with fellow artists. The clear formal language of the Brick Gothic inspired their “New Objectivity” architecture, which was later reflected in the founding concept of the Bauhaus in Dessau. A guided tour of the Bauhaus building in Dessau completed our study trip of the Hanseatic Brick Gothic. As our tour guide Martin Deppe had often emphasised in his profound explanations throughout the trip, this once again demonstrated that in architecture “everything is always connected with everything else”.

In Dessau, we said goodbye to our tour guide Martin Deppe and thanked him warmly for his competent guidance throughout the past days. He left in the evening to return to his home town of Dresden. Full of new impressions, we arrived safely in Meersburg the following day thanks to the careful driving of our coach driver Thomas Flaig from Petrolli Reisen GmbH. This eight-day study trip of the Meersburg Ecumenical Educational Association was extremely well organised by Univentra from Hamburg with the assistance of Bregenzer Travel Agency. Valuable suggestions for the itinerary came from retired pastor Jan Badewien from Überlingen, who should also have accompanied our trip. Sadly, he had unexpectedly passed away last spring.