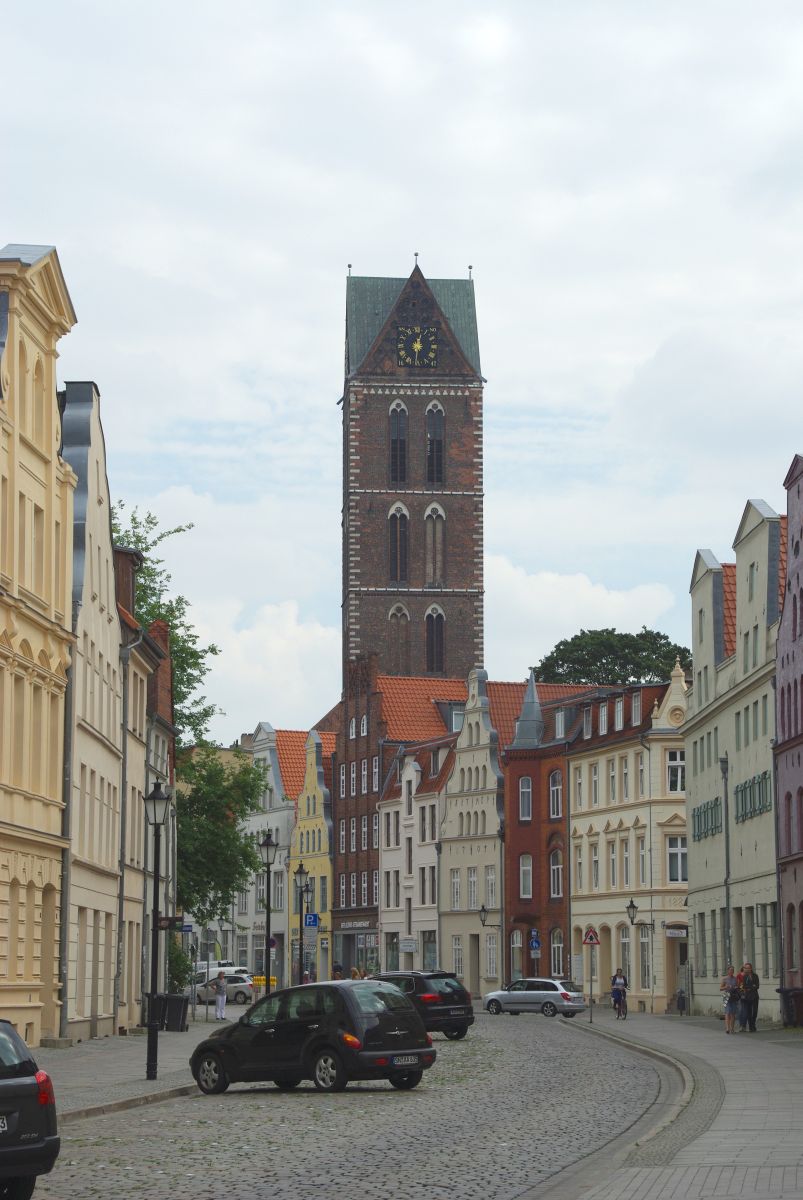 The 80 metre-high tower of St. Mary’s Church (“Marienkirche”) is a symbol of the Hanseatic city, visible at great distances from both land and sea. St. Mary’s was the council parish church of Wismar. Of the earliest stone church building from around 1260, only one buttress at the northern corner of the tower remains today. The basement and the neighbouring chapels date from 1280/1290. During the Second World War the church was severely damaged by an air raid. In 1960 plans to remove the nave became public and despite protest it was blown up the same year.

In the middle chapel the 3D video presentation “A medieval church building site” is shown, which gives insights into the development of the Gothic St. Mary’s Church in Wismar. There is a permanent exhibition “Wege zur Backsteingotik” (“Paths to Brick Gothic”) both in St. Mary’s Church and in St. George’s Church.