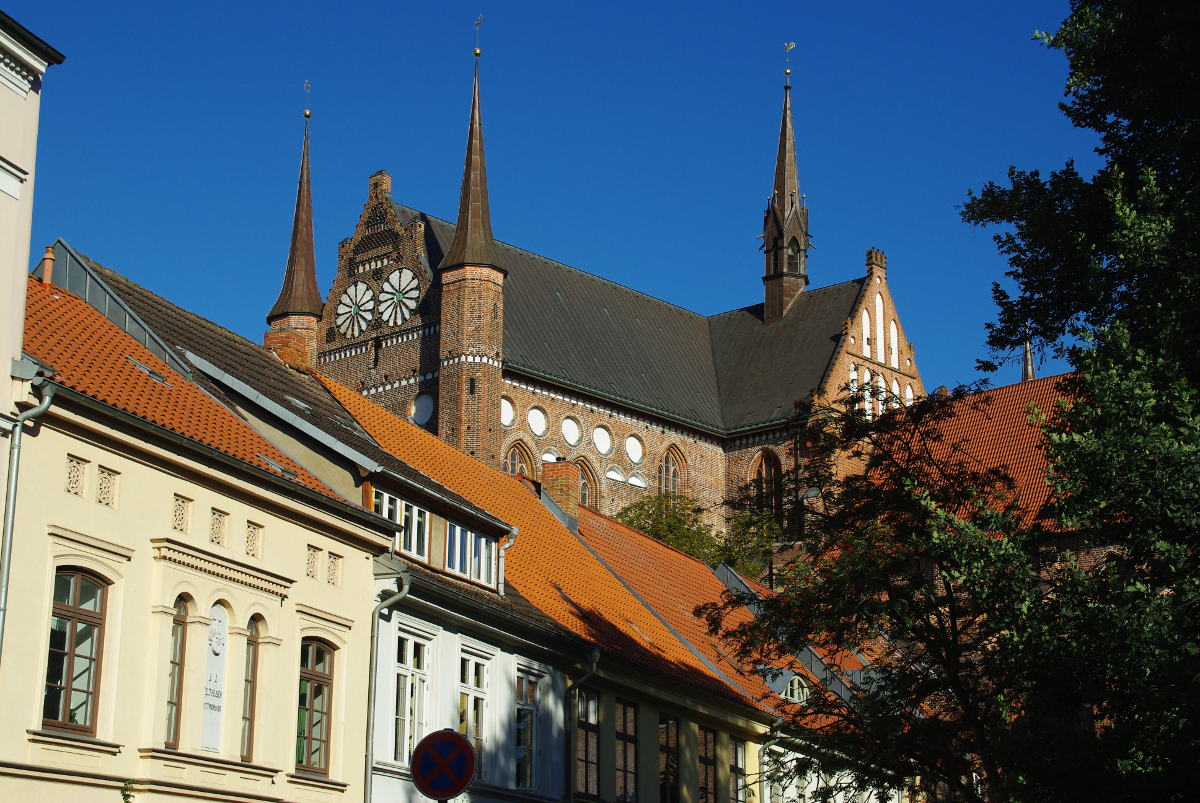 The first church to be built in today’s site was erected between 1260 and 1270. Its nearly two hundred and fifty years of building history make St. George’s a monument to the blossoming and decline of the medieval Hanseatic city. The Second World War caused damage; the area of the German Democratic Republic brought decay. Today, however, Wismar’s reconstruction is complete.

The impressive brick scenery serves as a backdrop for concerts of the NDR orchestra, the Mecklenburg-Vorpommern Film Festival, readings, congresses and theatre performances.
A viewing platform at a height of 35 metres offers an impressive view of Wismar. The platform has a lift for access.