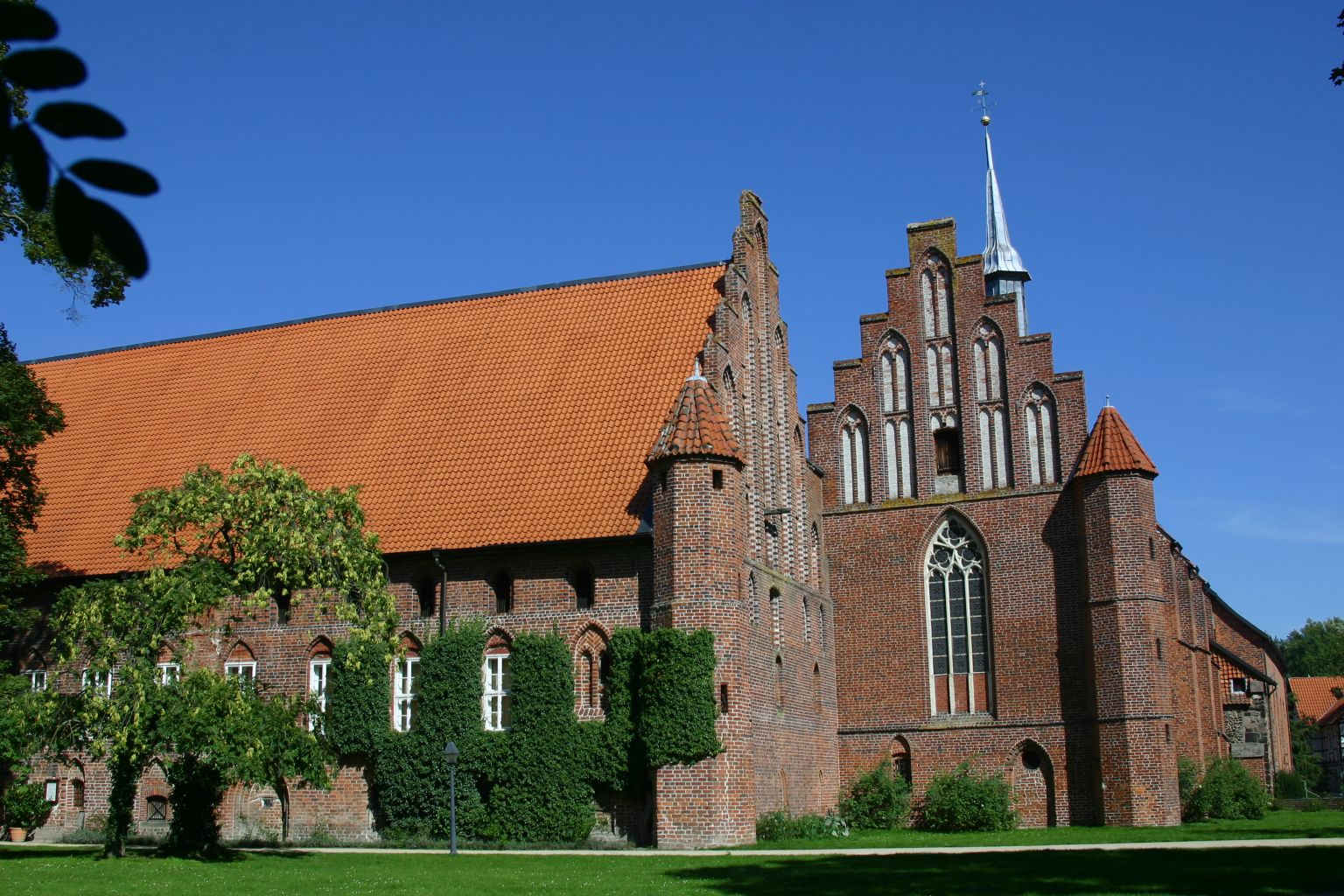 Wienhausen Abbey was founded around 1230. The oldest surviving building of the convent is the small All Saints’ Chapel, built around 1290. The western wing was built around 1310, followed twenty years later by the adjacent nuns’ choir. Its gables give the convent its characteristic appearance.